Life got in the way of the baby barn floor project for a while, but as soon as the temperatures reached the 90’s again? The husband dragged me back out there. 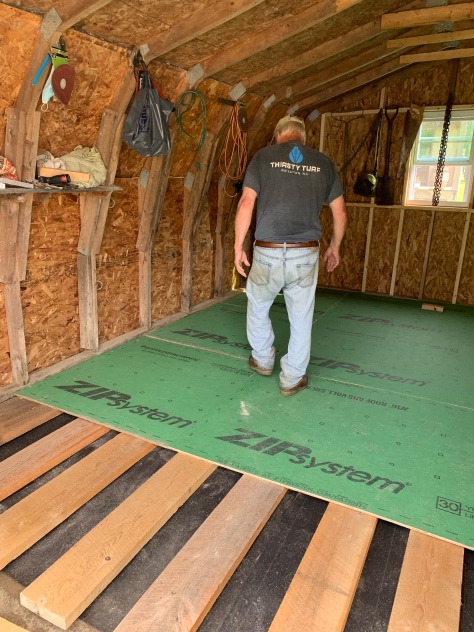 And taken back up. 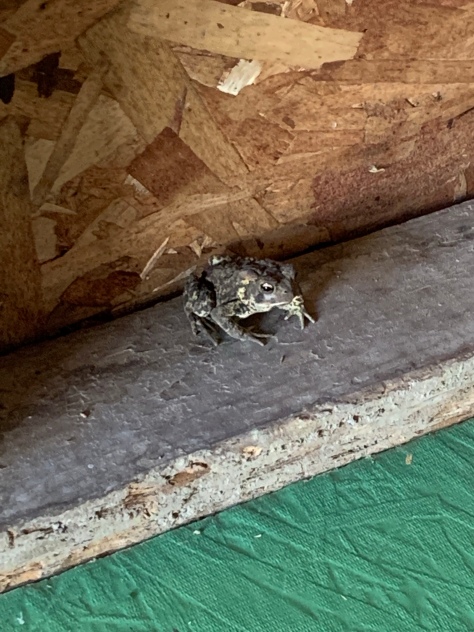 But you’ll be happy to know no toads were hurt during this process.

The pondering continued for quite a while.

And yes, coverage was less than perfect. 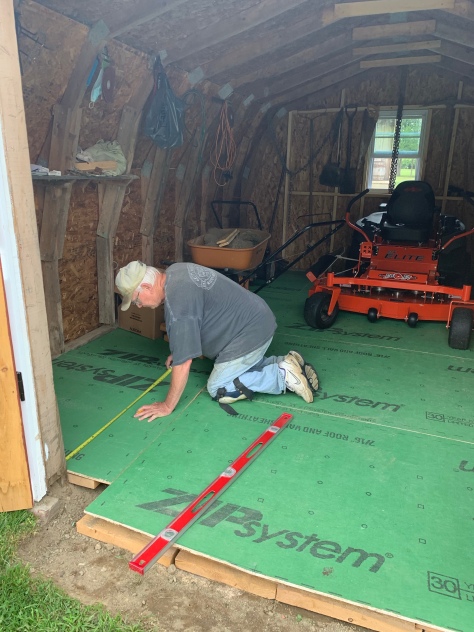 But the jigsaw puzzle neared completion. 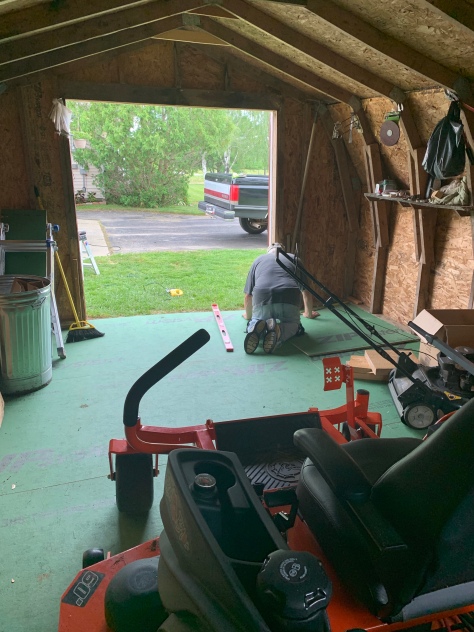 And mowers were returned to their home…

As was the generator we bought 30 years ago, used twice and costs us more than it’s worth to repair every few years because someone just knows we’ll need it eventually. 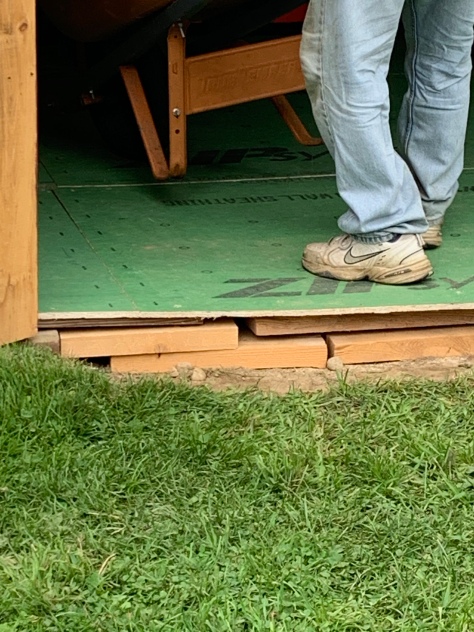 Of course the installation of said floor raised the level above ground a wee bit.

So dirt that was hauled to the far reaches of the property had to be returned. 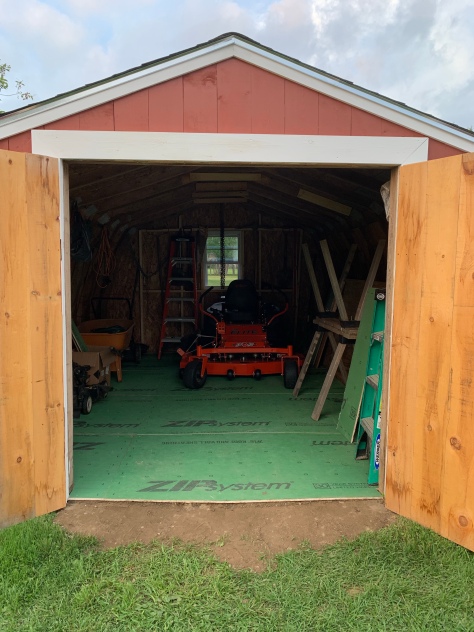 But by the end of the day it was done and items were stored away.

Until the husband realized he’d forgotten to lay the rubber mats.

I told him we needed at least 4 more and they’d have to be cut to fit.

Which is when he took everything out of the barn, laid 4 mats in the middle and called it good.

King of half assed projects, that’s my man.

26 thoughts on “And then there was a floor.”