Work on the baby barn project graduated from glacially slow to slow as molasses last weekend…. and we managed to frame a wall in 3 days. 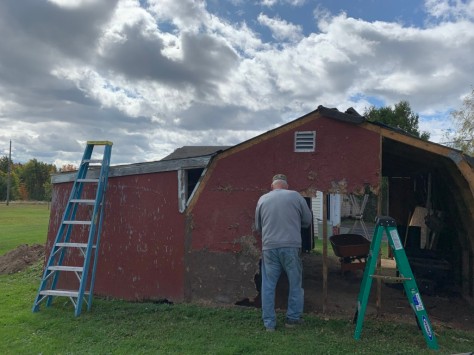 Though to be fair, ripping off that old rotted pressboard is like Chinese water torture. 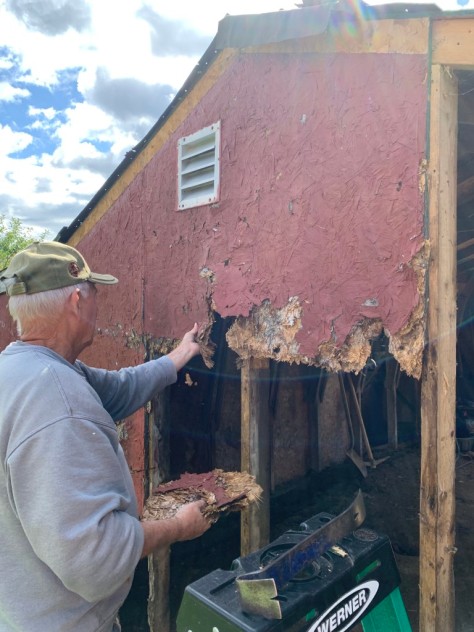 It literally shreds in your hands.

But slowly… we saw daylight.

And by Saturday afternoon we had open space and a center post that was barely hanging on.

The husband did the usual dirt shuffle in his ongoing attempt to level the building. A pipe dream at best as it was built in the mid 70’s… and it’s Maine.

Ripping out posts that were nailed in with spikes?

Pardon the sun glare and bad manicure… but damn.

And lay paving stones in yet another attempt to level it.

Then came the rain… and a mad dash to put everything away before it got soaked.

Then… the baby barn got a rainbow.

And I found my honey at the other end.

Can I get an awwww?

26 thoughts on “Another weekend, another wall.”