Can someone please explain what frog logs taste like…

And why anyone would want to find out?

This completely cracked me up, because it’s true. I’ve waged war with that cursed masher for years.

I’m going with the latter.

But this is the most action our treadmill has seen in months….

On our way home from our scenic drive the other day we stopped for a cocktail ( or two ).

Repeat after me… martinis are not made with rum. Nope. Uh uh. Never. Cherry Gin Ricky it is.

Nice flavor, but a little too sweet so I asked the bartender to dial back the grenadine on #2. Bartenders are wonderful people, so helpful and attentive to our needs.

Cocktails with my husband always requires food, so he ordered mussels while I opted for Truffle fries. Both were yummy but the real news? Even after I declined ketchup, 3 packets made their way to our table.

Oh, the extravagance! After the waitress said she couldn’t take them back due to Covid rules… and when my husband remembered there was a shortage causing people to list them on eBay for $15 per… he scooped them up and brought them home. Where they’ll languish in the drawer until the next global pandemic lockdown.

During our trip to the coast the other day…. I saw this.

But to be fair, it was rather hard to miss.

A more magnificent mailbox you’re not apt to see. Tacky? Yes. But if I lived at the beach?

I would totally have one.

Next up in the man cave? Blinds. Which were really fun to shop for considering all the windows are different sizes and thanks to my do it yourself I’m too cheap to pay a carpenter to do the finish work husband.

The price of custom blinds that would have fit perfectly was ridiculous.

That window, the smallest ( not to mention crookedest ) was quoted at $310. For one blind! I bought all 6 of these light filtering cellular linen shades for $272. That’s a no brainer.

Working his way around the room, I followed and tried my hardest to get right in his way.

At least that’s what he’d tell you. I prefer to think of it as active assistance.

Which is why I was banished to the other side of the room…. where I sat quietly and read a few blogs.

But when it came to the final window behind the bar I had to speak up.

Because after he installed this one, which had the best fit… only 3/8ths of an inch off… he plopped his big bullet back on the sill.

( I know it’s a round and not a bullet, I just say that to get a rise out of my husband. Did it aggravate you as well? Then yay for me. . )

The problem? The blind won’t go all the way down because the bullet is too fat.

When I told him this was unacceptable (the main reason for putting up blinds in the first place was to keep the sun from fading the bar) and suggested alternate placements for the big bullet, he forbade me to move it ( as if I could, it’s live and weighs a ton and a half ). When I stressed the need for it’s relocation due to the sun baking on the glass door of the mini fridge causing it to work harder, he told me he’d “think about it”. FFS, what is there to think about? Bullet too big, blind doesn’t close, move big bullet. It isn’t rocket science.

It’s free, and you have to admit the toddlers sure are cute.

Of course inviting you to hug a calf and then directing you to the store to purchase a rump roast of his family is a bit rude….

I hope no one tells this sweet little fellow Uncle Otto didn’t really go to Boca on vacation.

We took a scenic drive down south the other day and ended up at Camp Ellis. A tiny spit of the Maine coast that suffers greatly during storms and high seas.

So much so that their beach front is now mostly rock and concrete.

Erosion is threatening homes and drastic measures are being employed. Because when your front lawn looks like this?

You know something has to be done.

I constantly wonder why people even bother. The sea will come, and nothing man can do will stop it.

Waterfront living is wonderful, but water in your living room… not so much.

I found a little something for the husband’s man cave at Goodwill the other day.

A flight board. Yay me! And judging from the box, the husband will love it.

The duty of every man is to drink beer? Okay… he does his part.

This box was definitely marketed to men, no doubt about it. Which is why I know it had to be a woman staffer who put this prominent price tag on it….

A little pink will soften that machismo. 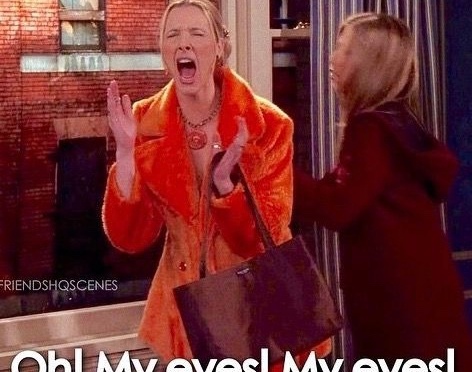 Apologies in advance to my male readers. Continue at your own risk… and remember, you were warned.

My girlfriend and I went to a discount store last week called Mardens. Personally, I can’t stand the place. They have aisle after aisle of cheap discontinued goods that make Wal Mart look like Neiman Marcus… but it’s a Maine staple and she loves trying to find the gold amidst the junk. While she was treasure hunting? I saw this:

And pardon my childless ignorance, but it just looked… wrong. I figured it was some kind of nursing bra and because I value you my loyal reader… I did some research.

And I think it’s safe to say I was a trifle…. befuddled.

Is it me, or does this look vaguely weaponized?

A hands free pumping bra…. for when you want to be hooked up to a bovine milking machine and cruise Instagram at the same time.

Night time visitors continue to surprise us when we walk back from the barn.

And while surprising us is no big deal? Surprising them can be.

A friend of my husband’s gifted him this Red Sox clock. He loved it and immediately hung it on the man cave wall. I on the other hand, realized it’s outdated. It says “7 time World Champions” when the number is currently 9. The reason for the gift is now apparent, at least to me.

Behold the wonder I found at the package store. Margarita wine! Taste test and review to follow..

Our neighbors have all the luck. They get an exotic bird with iridescent plumage….we get a red squirrel bitch with sharp teeth.