I put birdseed out for the birds….

Which the deer eat.

I put apples out for the deer….

Which the woodchucks eat.

Granted, they’re cute as all get out when they do…

But do they have to eat the deer grain as well?

Sometimes they climb right in the bowl and polish it off.

Which leads the deer to eat…

And proves that our backyard creatures are a little confused.

Who tries to drink from the hummingbird feeder.

The owner of this house spends a small fortune keeping you in fresh oranges and grape jelly…. don’t get greedy.

And whoever he wants.

Okay ladies, (Or men. I won’t discriminate) have you ever been to Ulta beauty?

I hadn’t until the other day and my only question is…. why the Hell did I wait so long?

I was like a kid in a candy store, happily skipping up and down the product laden aisles. It was lovely… and I came home with bags full of wondrous scents,    make up, lotions, soaps and    face creams.

The guys will never understand, but a woman’s search for the perfect mascara can be life long.

Of course I am.

Never underestimate the power of cosmetics.

So imagine my excitement when I found this –

Yes, you read it correctly.

Mascara that claims to be better than sex.

You know I had to try it.

The applicator is hourglass shaped…

And while my husband will be glad that I can honestly report it’s not better than sex.

Believe me when I say…

Every time you’re in a rush to get out the door?

Great Aunt Trudy will call and want to regale you with detailed stories of her piles.

Every time I cut my hand in the kitchen?

I’m in danger of bleeding out because I can’t get the damned Bandaid package open with one hand.

Even though I’m a font of useless knowledge, I let my friends down last week when I couldn’t come up with the winning answer in a trivia game tie breaker at my local bar?

Every time I take the time to wash and wax my car?

It either rains, or a flock of pigeons who’ve just eaten at Chipolte follow me home.

Every time I think I have absolutely nothing to blog about?

I always manage to come up with something ridiculous.

A time to remember and honor those who made the ultimate sacrifice.

The weekend dawned clear and bright, and while others were out on the lake or enjoying cookouts with friends…

We at Casa River were hard at work.

A winter that didn’t want to let go and one of the wettest springs I can remember left us with an utter nightmare of a landscape. Parts of the lawn have been a swamp for a month and impossible to mow, so this had to happen.

You know how they always say the grass is greener over the septic tank?

He was calf deep in a veritable field of thick heavy grass.

After the weed wacking came the mowing, and after the mowing…

The raking of the mini hay field.

People think we exaggerate when we say it takes the both of us, working all day, to do the weekly lawn maintenance.

But the weather cooperated for 3 days with warm sun and cool breezes and we got a lot done.

I dragged the deck furniture out of the barn and finished the garden bed I had to redo….

Then hauled in another 30 bags of mulch for some others.

I weeded, and mulched and reset border stones for 10 beds.

All prepped and ready for flowers.

I spent the next day mowing and trimming and cutting back dead shrubs.

And the day after that?

Everything that could hurt, did.

Nothing like a long winter of inactivity to show you who’s boss.

I love our yard, but damn.

Sometimes it really kicks my ass.

I just learned that Linda Ronstadt recorded a song on the toilet…. and it makes me feel like I’m not making the most of my time there.

Apparently the vocals to the song Long, Long Time were recorded in a studio bathroom.

I clearly need to up my game. 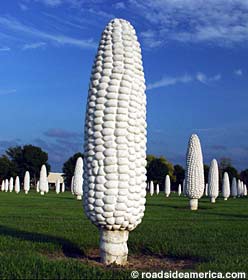 Though I can’t say I see the resemblance.

I’ve been shaking the family tree again and found Sir Adrian Scrope…. born in 1601, matriculated at Harts Hall, Oxford. A military man, he obtained the rank of colonel before it all went bad.

Scrope was one of the regicides who surrendered at the Restoration of Charles II. The House of Commons voted to pardon him under the Act of Indemnity, but the House of Lords demanded that all the regicides should be brought to trial. Scrope was condemned to death when Major-General Richard Browne testified that Scrope had justified Charles I’s execution to him even after Charles II’s return. He was hanged, drawn and quartered at Charing Cross on 17 October 1660.

An account of his behaviour in prison and at the gallows describes him as “a comely ancient gentleman”, and dwells on his cheerfulness and courage.

Cheerful at the gallows?

Well, good for him.

I can’t say his 8th great granddaughter would have been quite so chipper.

Once upon a time there was a Princess.

We shall call her….

(River has been called a lot of things in her day, but never a Princess.

So if you’re calling?

Princess River loves her flowers. She plants them whenever and wherever she can.

And since the Princess lives in a kingdom that’s covered by snow and ice half of the year?

She takes her plantings seriously.

When she first moved into her castle, she toiled long and hard until she had the biggest and most beautiful garden bed in the land.

In early summer it sprouted stunning displays of Lupine….

And myriads of other riotous, colorful blooms all season long.

This went on for many happy years until her husband, the evil Prince, started mowing in close proximity to the bed. He also mowed in the wrong direction.

She asked him to be more careful.

She pleaded with him to go the other way.

But month after month the dastardly toad blew grass clippings in to her carefully tended flower garden.

The Princess weeded, she turned the soil, she mulched….  but to no avail.

After a year or two, the grass took over.

It choked all Princess River’s lovely flowers to death.

Princess River was not happy.

She had to leave the castle and hump 12 bags of mulch across the moat.

She had to wack down all her blooms, rake up the dead bodies, reset the brick border, lay weed block paper, re-mulch and reset the pavers that anchored the Royal Bath of Birds.

The sky darkened. The wind blew.

It started to rain.

And she ran out of mulch.

Princess River had to abandon her project when a deluge of biblical proportion battered her royal self.

She will be victorious…. someday.

Until then she will slowly plot her revenge upon the evil Prince and his heinous grass cutting machines.

She will plan carefully.

The punishment must fit the crime.

But you look like weirdos this time of year.

Last fall, this buck was a 12 pointer.

I mean come on…

The other deer are laughing at him.

And apparently, so is Chris Hemsworth.

You do look kind of ridiculous.

And not just any holiday.

I was thinking more along the lines of…