The next stop on the driving tour was a solemn one.

Where I found it a sad statement on today’s society that this sign even needed to be posted. 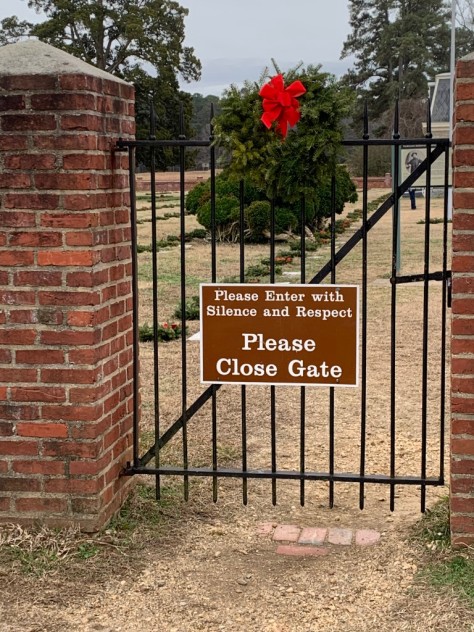 Silence and respect is the very least we can give them. 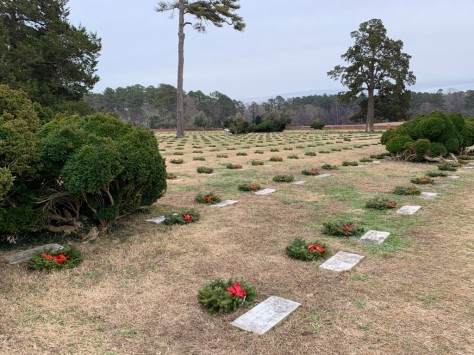 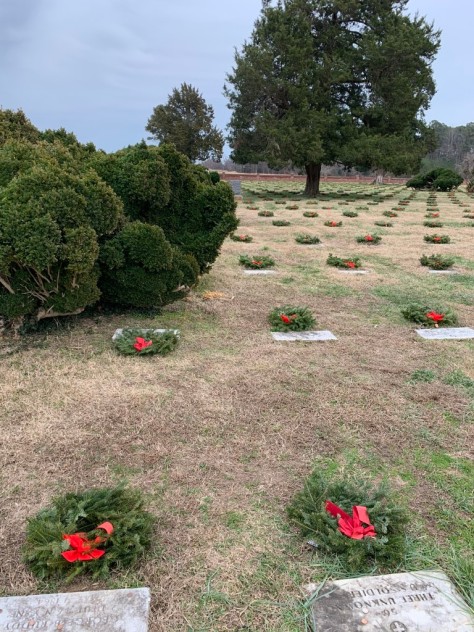 And never fail to become emotional…. constantly close to tears.

It doesn’t matter that none of my people were here….. 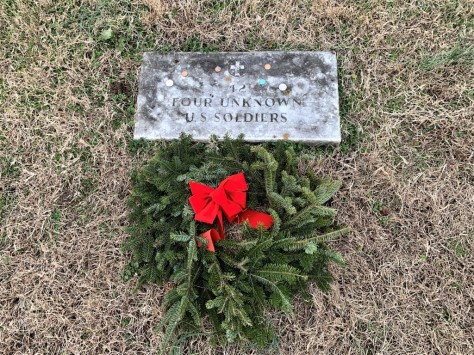 And they made the ultimate sacrifice for a country we all share.

Cemeteries are a perfect place for personal reflection. 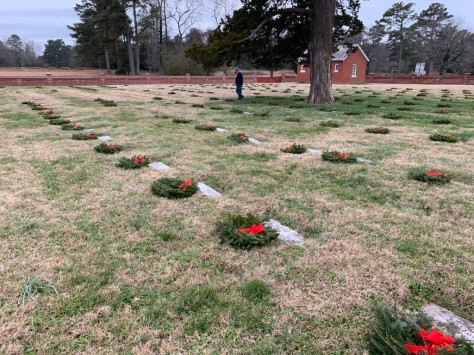 And I made sure to give my veteran husband some time alone with memories of his war… and those he lost.

I have to admit I was ignorant of the tradition of coin laying. You don’t see this up our way, but almost every grave had coins on it in Yorktown.

According to legend, the coin left belongs on the gravestones of U.S. military veterans. Visitors who wish to show their respect leave coins on the headstones in different amounts. It shows their loved ones of the soldiers family that someone has come to visit the grave.

Leaving a penny means you visited and want to thank the veteran for their service. A nickel means you trained at boot camp with the deceased, while a dime suggests you served with him or her. Finally, a quarter signifies you were with the soldier when they passed away.

The origin of the tradition, like the meaning behind it, is still up for debate. But many people believe it started in America during the Vietnam War. America was having a crisis of conscience. Any discussion of the war usually devolved into a more significant discussion about politics. Leaving a coin was a way to say you appreciate the soldier’s service while avoiding an inevitable uncomfortable conversation.

I really wish I’d known this before our visit.

I would have broken my piggy bank and put a penny on each and every one.