And still have to be quiet all day while the husband is working from home.

As I said yesterday I’m ridiculously healthy …. despite having a toxic affinity for Cheetos and an exercise routine that wouldn’t make a sloth break a sweat.

So in 2014 when I was diagnosed with benign fibroid tumors, I elected not to break my 50 year surgery free streak and opted for a uterine artery embolization over a full abdominal hysterectomy. It’s an out patient procedure that takes about 30 minutes.

I beg to differ Ryan Gosling, please read on.

That 30 minute procedure? Took over 3 hours for my special little self. I was fully awake when they injected the microscopic particles into my arteries to block the blood supply to the tumors and wasn’t supposed to feel a thing. While that may be true for the normal 30 minutes procedure? 2 hours in, I was feeling it so strongly they had to strap me down to keep me from squirming and make me chew dry OxyContin while flat on my back.

Well, I did…. and it was just as awful as it sounds. Not to mention completely useless for the pain. Since I’d never needed or taken serious pain killers before? The doctors thought small doses would suffice.

They were wrong…. so very, very wrong.

By the time I got back to the recovery room, where my tumors were literally dying from the lack of blood flow feeding them? I was in tears, as well as agony.

For 4 hours after this procedure you have to lie flat on your back and stay perfectly still. No movement at all… so the collagen plug they insert at the injection site in your groin can fully absorb and stop you from springing a leak. 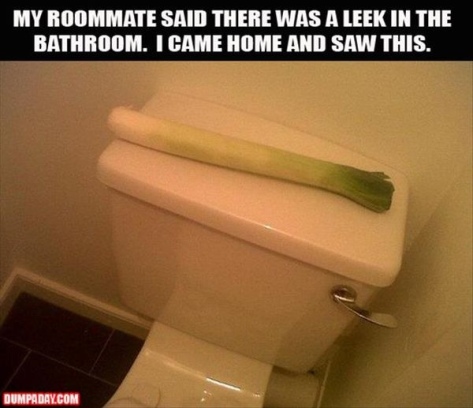 During those 4 hours they gave me morphine. Then double morphine. Then Fentanyl. Then double Fentanyl. Nothing touched the pain, it was excruciating…. as if someone was twisting a red hot knife in my abdomen. The doctors couldn’t understand why the drugs weren’t working as they had given me the highest legal allowable dose.

“We’ve never had anyone who couldn’t feel the effects.” they kept telling me.

But I could have told them why….

And by special, I mean narcotic resistant. Of course it would have been nice to know this before my abdomen felt like a Samurai warrior with a nervous twitch was commiting Seppuku, but what can I say….

I must be Norwegian.

The only thing those drugs did was make me nauseated, which is no fun when you have to lie flat on your back and perfectly still.

And if that wasn’t bad enough? Four perfectly wretched hours later, a nurse came in to raise the top half of my bed to a sitting position to let me have something to drink. She no sooner turned around and left the room when I felt a twinge. And then something wet. By the time I pulled back the sheet… the bed was covered in blood and I was passing out.

And had popped the unpoppable collagen plug.

Alarms rang, lights flashed and 4 nurses ran in calling for help. Everything was going black as I bled out, but I remember them raising my legs, lowering my head and 6 people pushing down on my injection site with all their combined weight.

When they finally stopped the bleeding?

Another 4 hours of flat immobility with doctors stopping by to check on me and mumbling to each other on their way out, “We’ve never had anyone pop a collagen plug before.”

Long story short… I spent a solid week in horrible pain and 6 months later learned it was all for nothing. I had to have a full abdominal hysterectomy anyway.

With no morphine or Fentanyl because the damn stuff doesn’t work on me.

Lots was an understatement.

What else went wrong? Well, the electricity in my room went out and they gave me this. 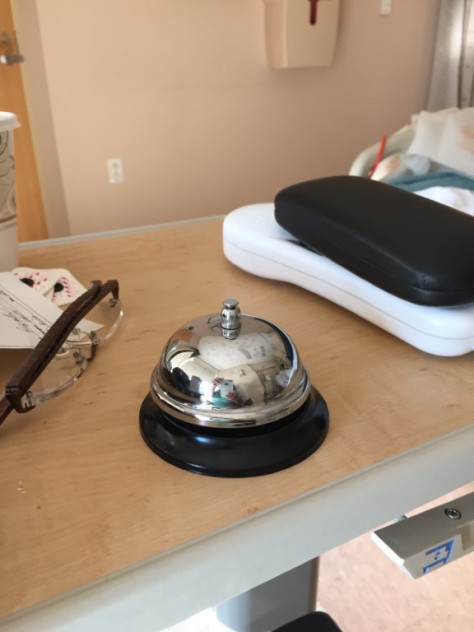 That’s a high tech nurse signaling device in case you were wondering.

They only give it to special people.

The definition of my kind of special?

Having them cut you open side to side and recuperating with nothing but Tylenol.

And that’s the kind of special I could do without.

27 thoughts on “Because I’m special.”