Next up in the Barn Mahal remodel was the addition of a 50 inch flat screen on a swiveling wall mount . 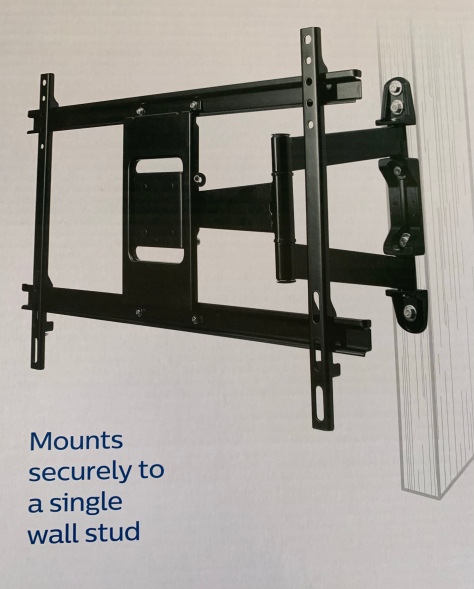 Husband laid out all the pieces and parts….

While I laid out snacks and a beef stew with crusty French bread I’d cooked to bribe a friend for installation assistance.

The thoughtful friend even brought me a bar christening gift. I love those.

Installation started well… and then as is wont to happen whenever we work in the man cave… it went straight downhill.

Nothing lined up as it should, so a little force majeure was needed. 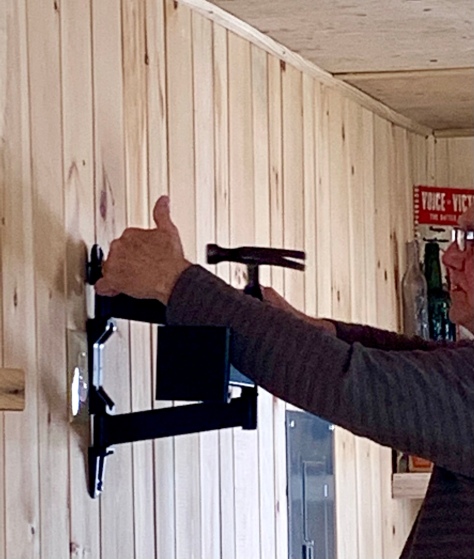 When they thought it was mounted properly, they carried the television over…

Only to realize the mount was upside down.

When that error was corrected? 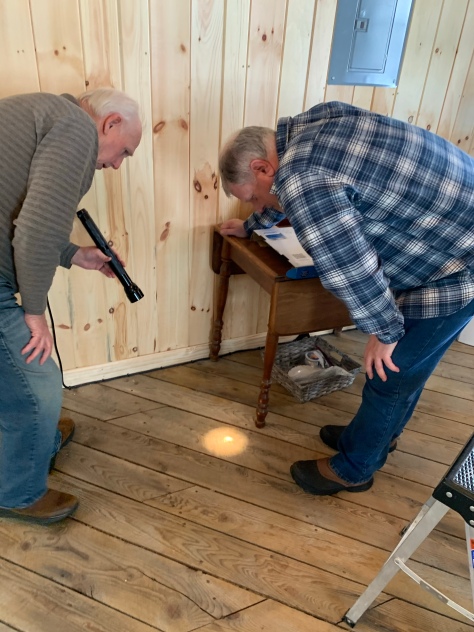 They dropped two weird sized screws (not sold on planet Earth) which promptly rolled into the floor cracks.

After I took pity and found them both…. mounting continued. Leveling the tv was easier said than done. 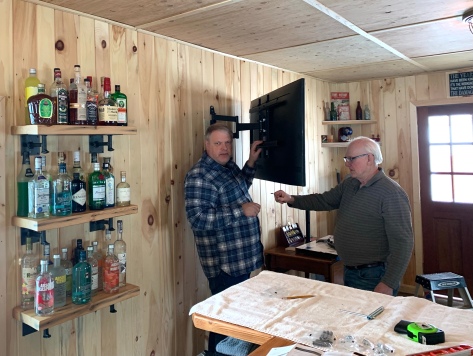 And though the bracket was perfectly centered between the booze shelves on the left and the WWII propaganda posters on the right …. they didn’t take the swiveling arm into account, so when it’s flush against the wall as it needs to be to allow access to the bar? 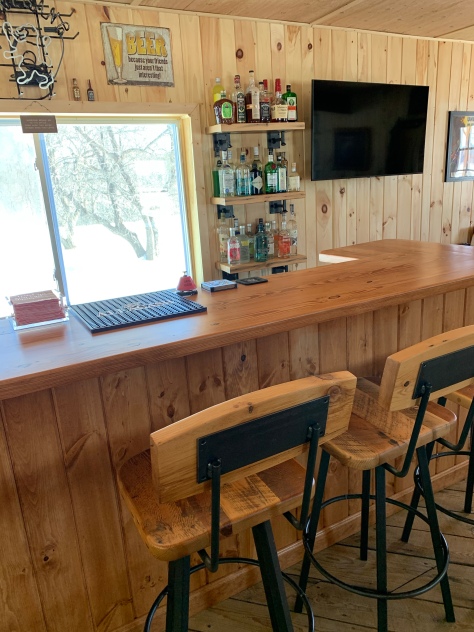 It’s too far to the left… which will drive me crazy for years to come because the husband says he’s not moving it.

Oh, well. It’s mounted and seems to be secure.

Now I need to schedule an appointment for Direct TV to come install another what do you mean the barn is too far from the house to run off the same satellite dish. I was really hoping that wouldn’t be necessary but they assure me it is.

26 thoughts on “And then there was a television.”