So class, yesterday we learned about the CSS Virginia and how most people call her by the incorrect name of…..?

Sure you do… you just haven’t realized it yet.

Today, we’re going to the movies.

In a surround sound theater that promised an ‘edge of your seat exciting’ depiction of the Ironclad battle.

“You’ll feel like you’re right there!” exclaimed the docent.

It was a cartoon.

An informative cartoon, I grant you…

But a cartoon all the same. And even with the rolling smoke that issued from the walls and floor…. I didn’t feel any more there than I did watching Bugs Bunny as a child.

Oh well, there were better things ahead. 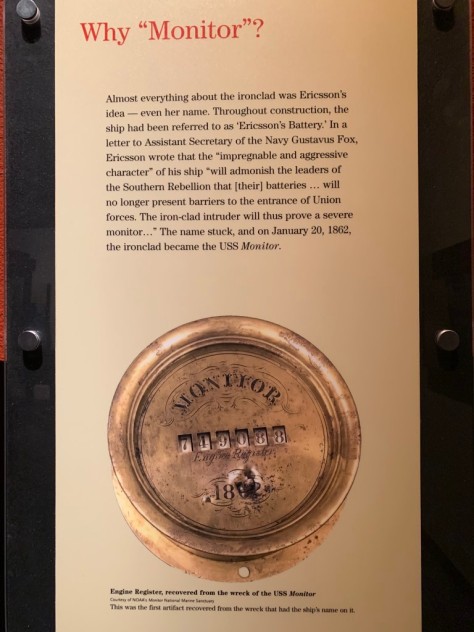 Like the USS Monitor… famous for her spinning gun turret. 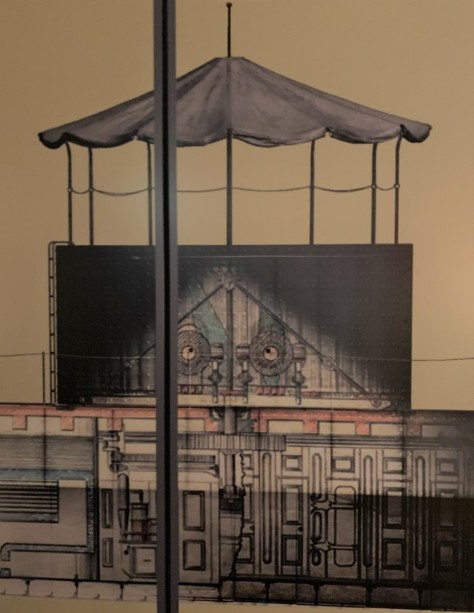 Is it me, or does that thing look like a drunken owl?

She was built in 100 days, which was an amazing accomplishment for the time.

And the museum faithfully recreated what the officer’s quarters looked like upon completion.

If a wee bit small. 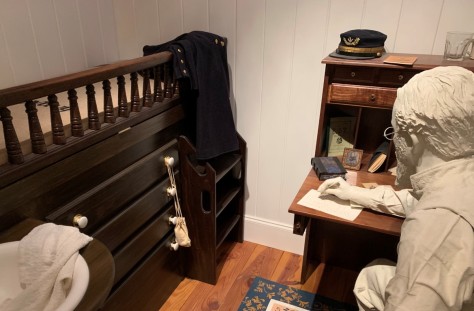 There were lots of interesting artifacts to examine.

As well as photos of the men who served aboard her. 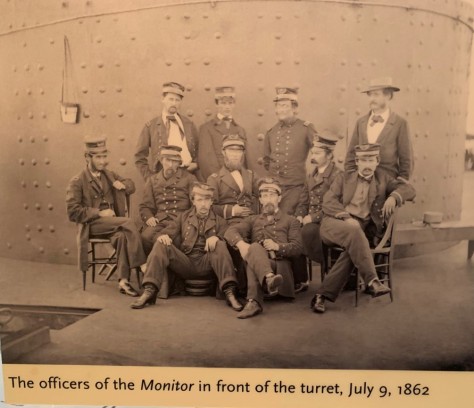 Of course, being me…. you know I had to find some reference to alcoholic refreshment. 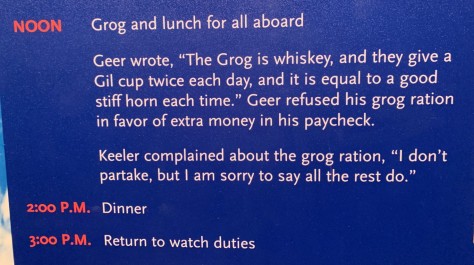 And then, in the next section of the museum…. 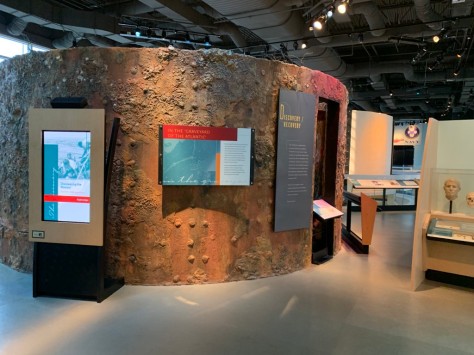 A replica of the recovered Monitor’s turret.

The original is currently on site and being slowly and painstakingly preserved. Read about it’s discovery and journey to Newport News here. 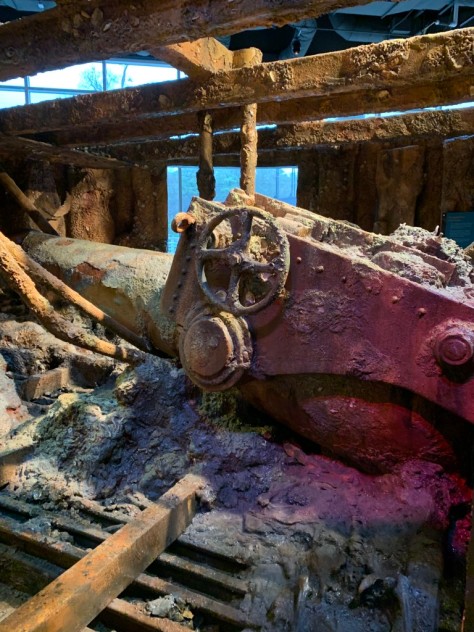 This was basically what it looked like on the ocean floor.

All that rusty metal! You know my other half was thrilled…. 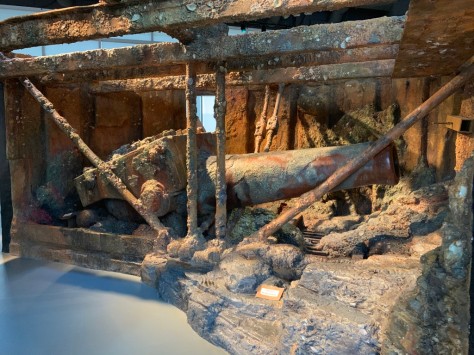 But one of the most impressive aspects of this museum’s exhibit? 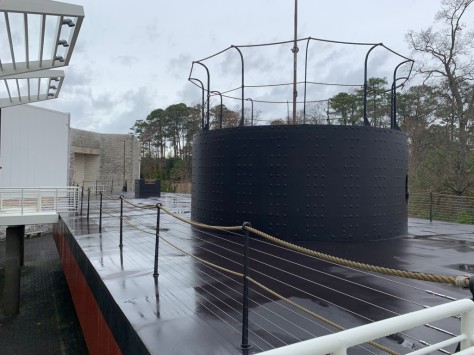 Of course it was raining and they advised you not to walk on her slippery deck…. 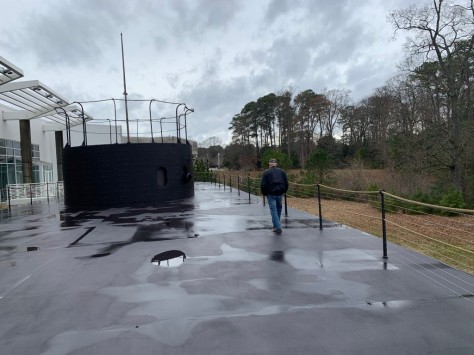 So that’s exactly what we did.

Stand on the bow of an Ironclad? 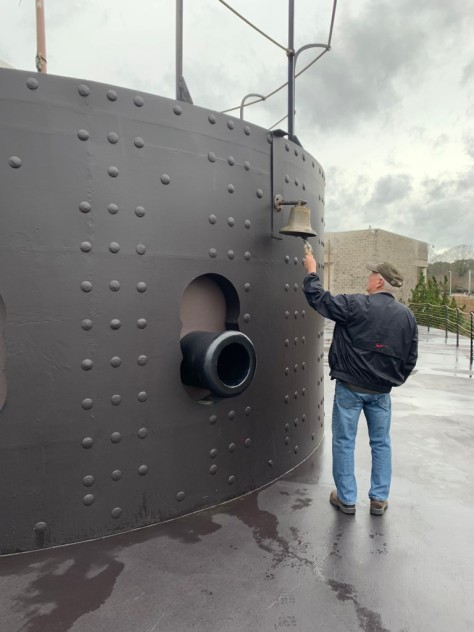 Husband even rung the turret’s bell for good measure.

And if that wasn’t awesome enough? Back inside and down a flight stairs….

Took you inside the turret.

And literally inside the ship itself.

Admittedly the engines and engineering diagrams were above my pay grade. 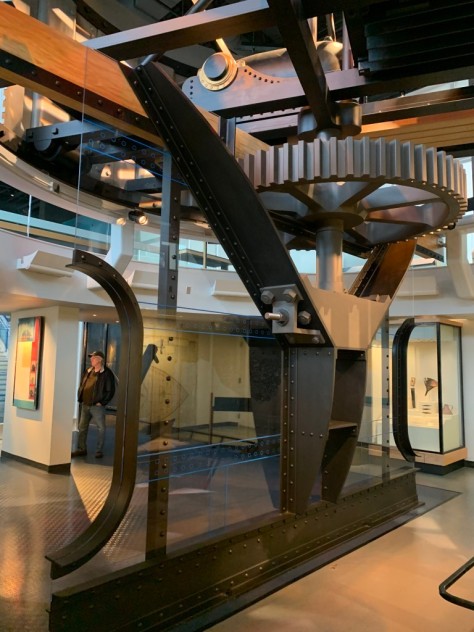 But the display really gave you a feel for the ship.

And my inner history nerd was sighing with satisfaction.

We did climb up to the observation landing to peer into the lab where the original pieces of the ship are being restored, but it was just giant vats of seawater with electrical current running through them.

Not very photo worthy, so I’ll spare you the shots.

The second half of the museum starts tomorrow…. and it will be a little more fun.

18 thoughts on “Mariners’ Museum 2… the movies, the Monitor and the turret.”