Okay, I know I said my last weird experience post was the finale but after I blogged them all… I realized it actually wasn’t. The following is what I wrote three months after my mother passed. Her wish was to be cremated but she never told me what to do with her ashes. Being an only child I agonized over the decision, but knew that part of her should rest somewhere in New Jersey where she spent some of the happiest years of her life. It was an emotional trip for many reasons, but what happened on this particular day really hit home.

The third day of our trip started much like the first. My husband was up before dawn and went downstairs for the free…. but barely edible… hotel breakfast. Think watery eggs and rubber sausage.

I took a shower and as I was getting dressed, realized I should do what I had been putting off.

The purpose of our trip was to bring my mother home and I’d been stalling with walks down memory lane. I knew I wanted to spread half of her ashes at the Jersey shore where we’d spent many happy summers. She always loved the sea.

I stood there in the hotel room, feeling sad… missing my mom…. and set about the gruesome physical task. There’s something surreal about holding the remains of your loved one in your hands. The weight of a lifetime.

Of course I started crying. Wondering if I was doing the right thing, doing what she would have wanted. The grief flooded over me like a wave…

And then, when the task was done and she was evenly divided, I smiled…. because I realized I had double baggied her and she would have loved that.

Remember her fondness for baggies?

After I wiped my tears, I reached for my purse which held my much needed makeup… and saw something on the table. The table that had been perfectly empty a half hour before when I stepped in the shower.

I gasped. And started crying again….

It was my mother’s white bobby pin.

She was such a pill about them. Would never use any other color and they’re harder to find than you might think. She hoarded them… and started fretting when she was running low. They were in every room of her apartment, in every pocket of every coat and every sweater she owned. She was never without them…

But I didn’t carry them. Ever. And I certainly didn’t pack one to take on the trip with us. Why would I? My husband didn’t put it there, he was downstairs eating breakfast. I suppose a random white haired maid could have snuck in and dropped it while touching up her ‘do while I was showering…. but I’m guessing the odds of that are pretty high.

There’s no reason on earth why a white Bobby pin should have been on that table… except one.

My husband walked in the room a few minutes later, saw me crying and looked lost.

He didn’t believe me when I told him…

I knew she was there with me.

To this day I still can’t wrap my mind around what happened. A physical embodiment of spirit? Get the straight jacket ready and tidy up the rubber room, River is on her way.

It’s been 7 years since that crazy bobby pin appeared out of nowhere, and if I think about it too long I begin to doubt it happened at all. But then I walk into our bedroom and look on my bureau under my passel of Alex and Ani bracelets…

Tried to photograph 4 fawns frolicking around your back yard… at dusk…. through a window?

And most of your shots come out looking like this: 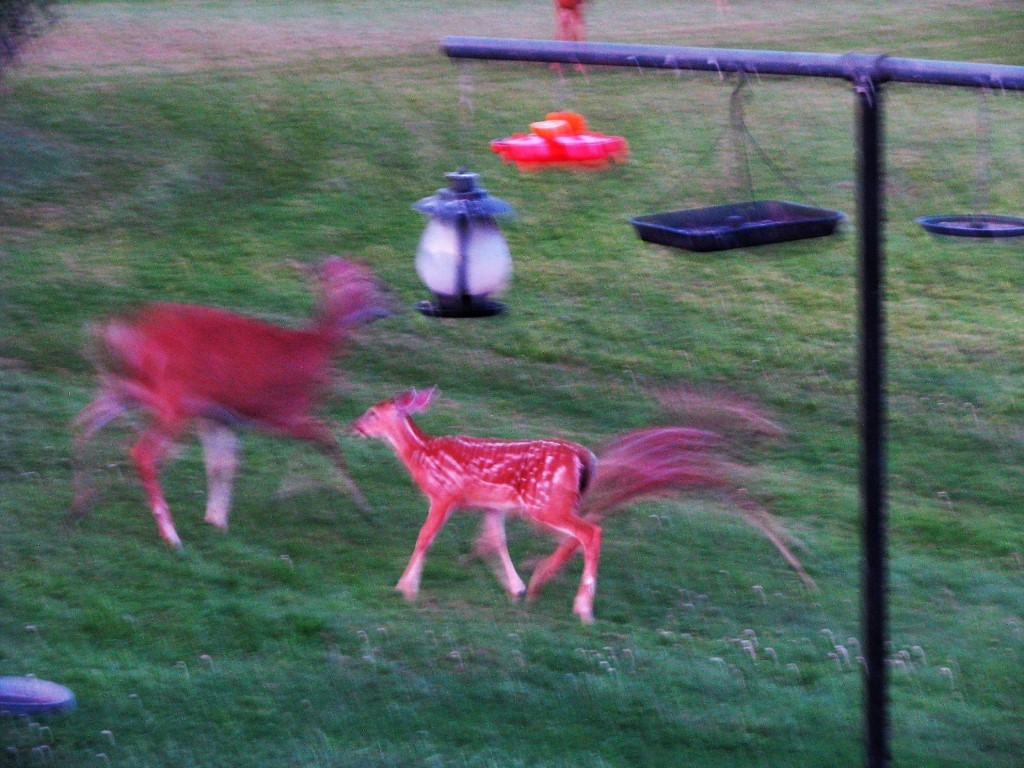 But I assure you they were corporeal beings. 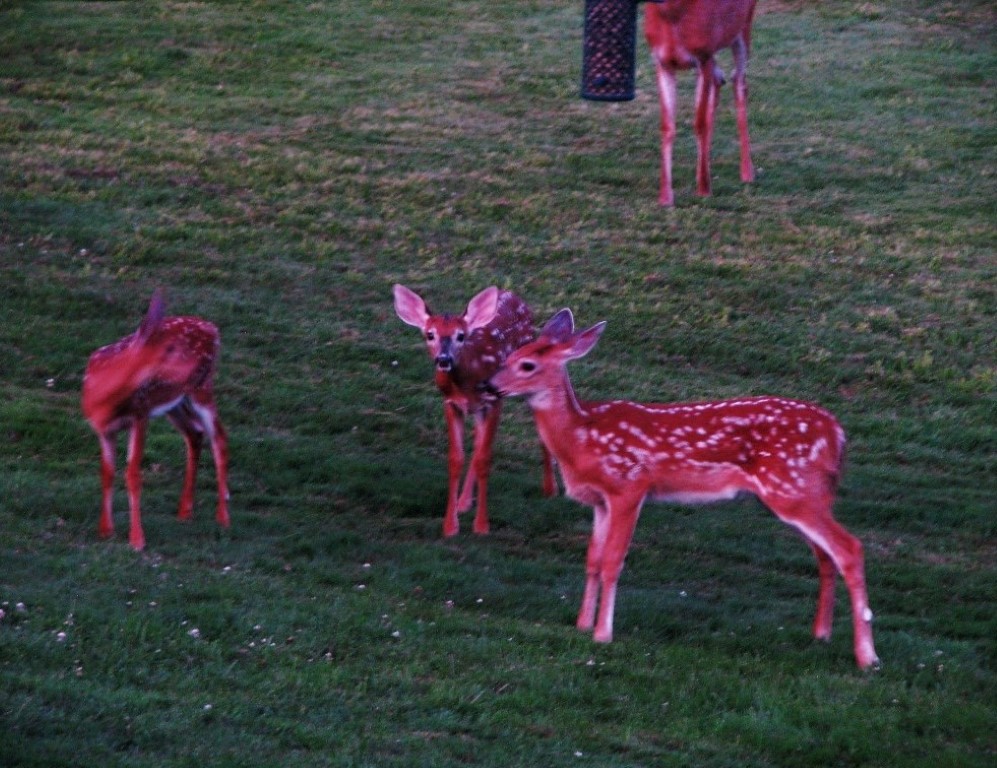 Or face the camera.

The video is poor quality, and a bit shaky…. although it gets slightly better halfway through.

But you’ll see what I mean about frolicking.

You have now fulfilled your cuteness quota for the day.