The phrase “hands down”  (as in “He won that game hands down.”)  was first used in the 19th century to describe a horse racing victory? It signified the jockey was so far ahead he could drop the reins and relax his arms.

Bruno Mars played an Elvis impersonator as a child in the 1992 film Honeymoon in Vegas?

Mosquito repellants do not repel, they hide.

The spray blocks a mosquito’s sensors so they don’t even know you’re there. 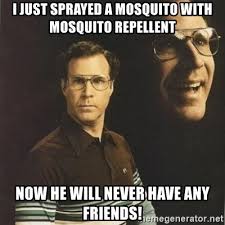 During WWII, America tried to train bats to drop bombs.

Silly Americans, what were we thinking?

The Roman emperor Caligula made his horse a Senator.

Maybe we should try this….

It can’t be any worse.

The Bible has been translated into Klingon?

Well, you do now.