Finished with out outdoor stroll…. 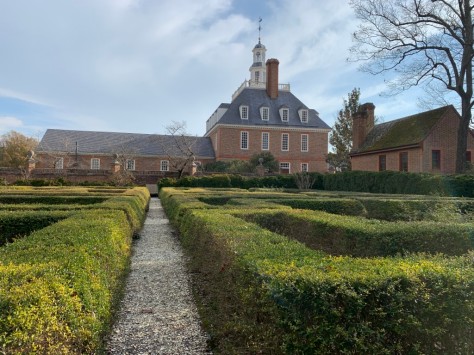 We headed for the interior tour… 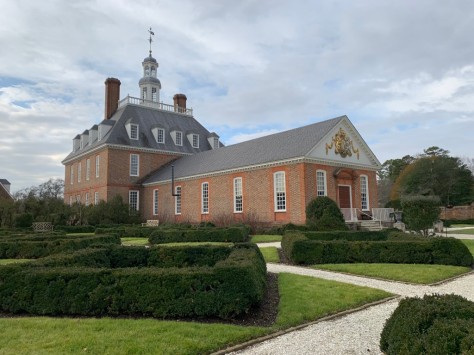 Of the Colonial Seat of English rule in early Virginia. 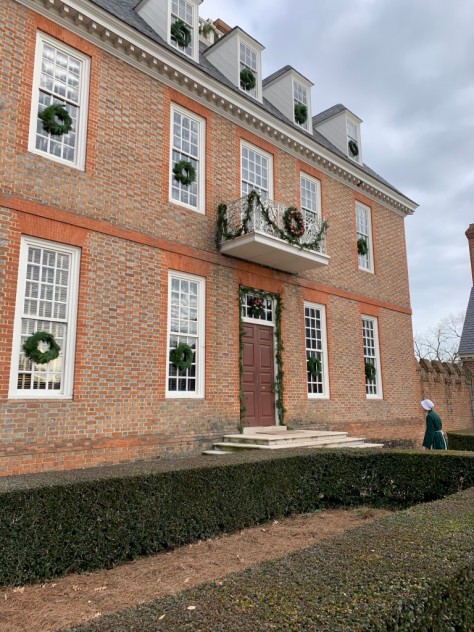 Our guide led us inside… 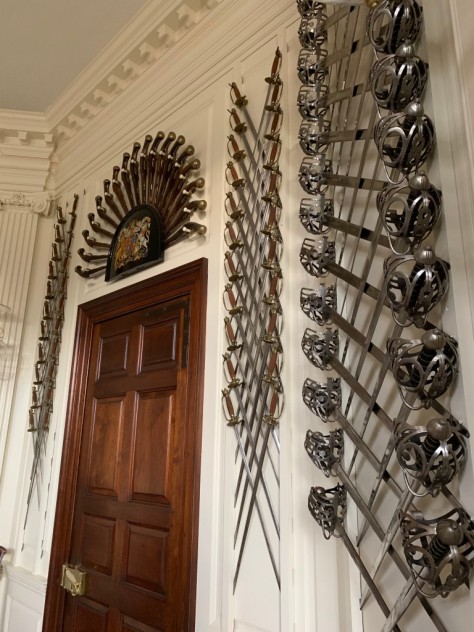 Where we were immediately surrounded by a large numbers of weapons. 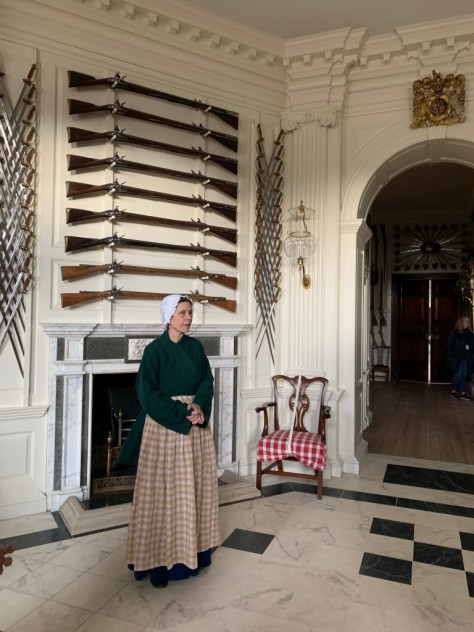 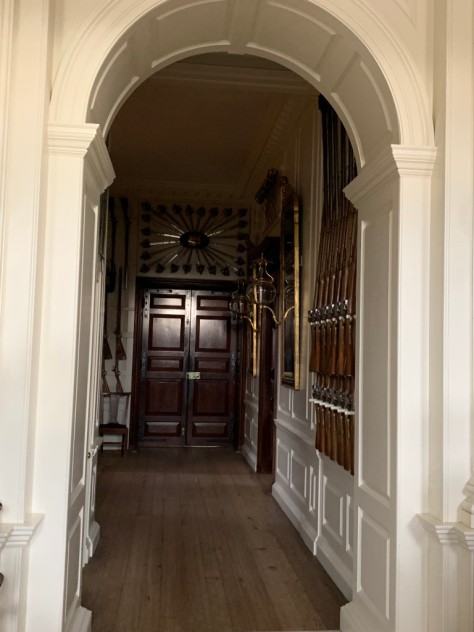 I won’t bore you with the long history of the place, if you’re interested…. take a peek here.

I’ll just point out that it was home to the Royal Governor pre revolution, and numerous Virginia Governors like Patrick Henry and Thomas Jefferson post revolution. 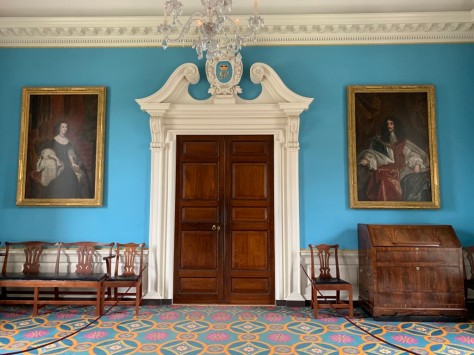 It was an impressive place. 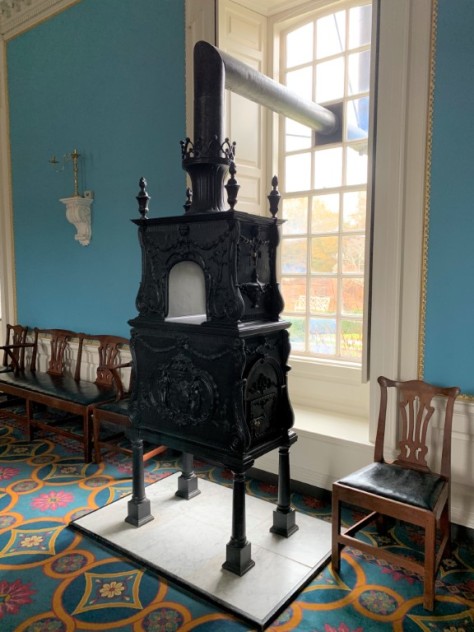 With an impressive wood stove. 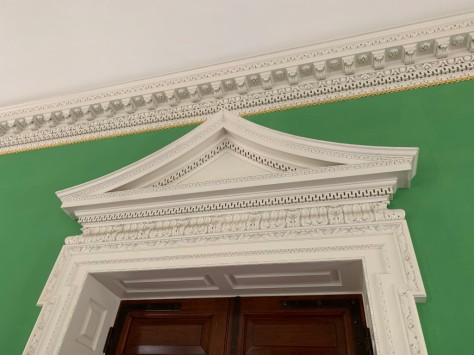 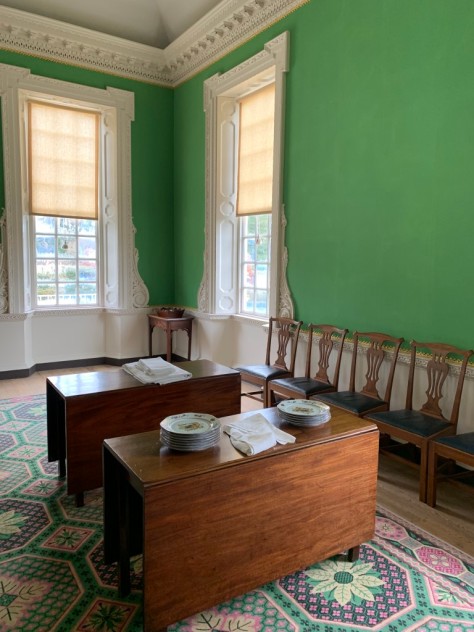 And some pretty brightly colored walls. 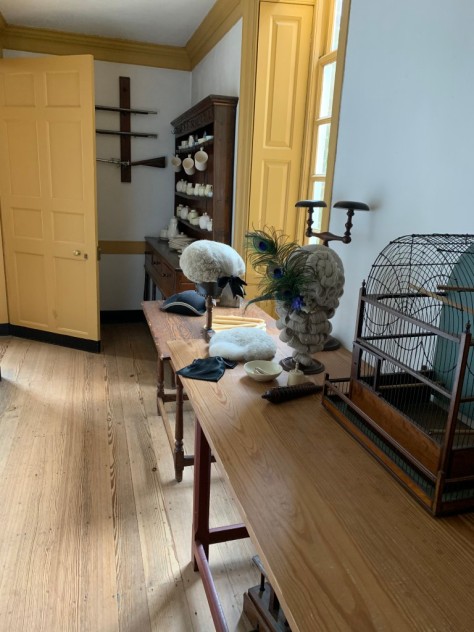 There was even a separate room for men to powder their wigs. 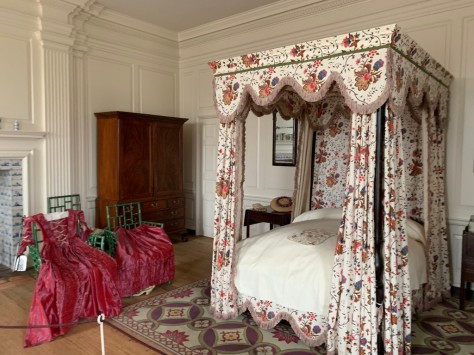 The beds were elaborate. 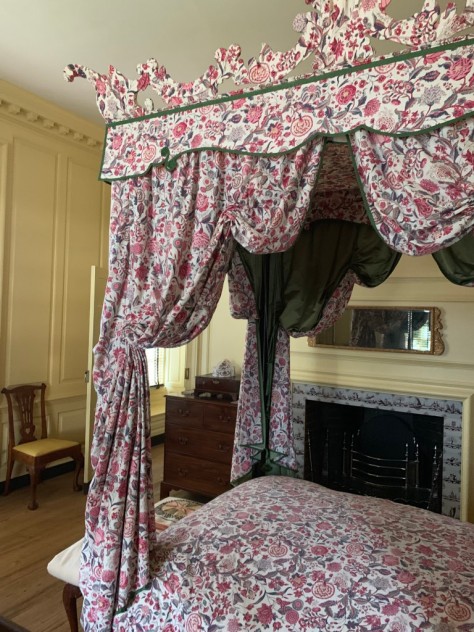 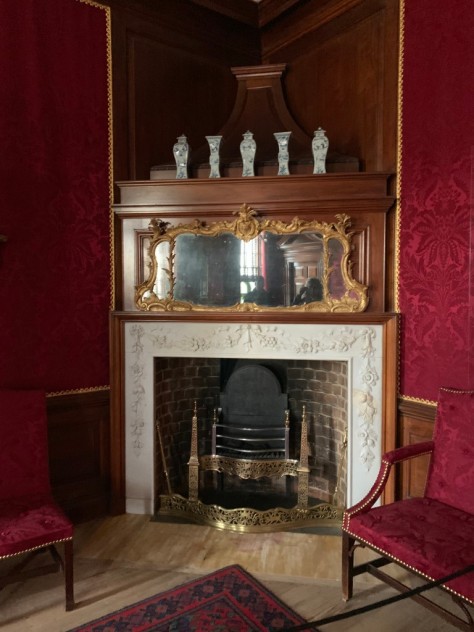 Complete with fancy dress crib to show off the progeny? 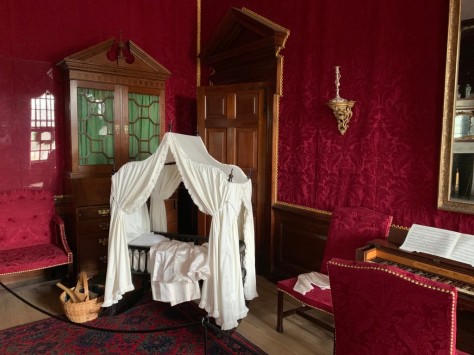 It’s in there Rosemary…. 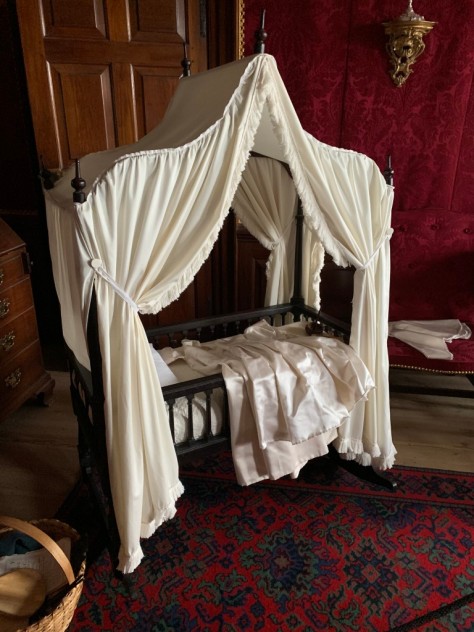 (Sorry, but I saw that movie when I was 9 and it still creeps the hell out of me)

The final part of the tour was self guided. 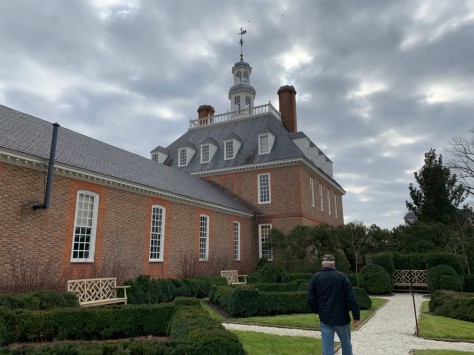 And led us around back… 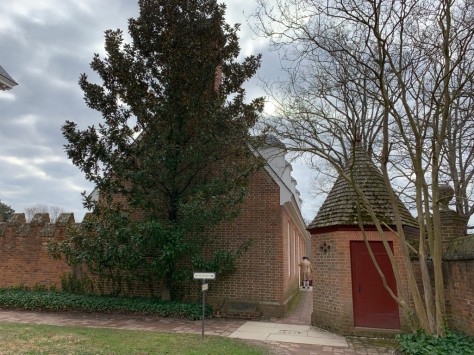 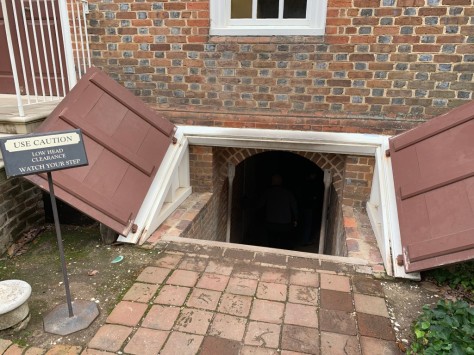 Which was basically a whole lotta barrels… 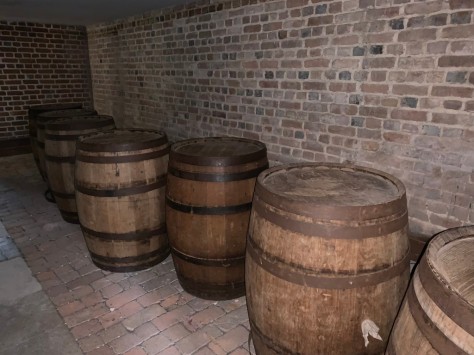 And a whole lotta wine…. 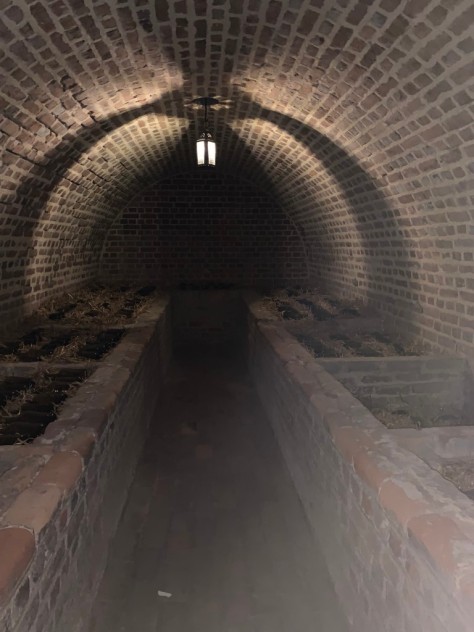 So… that done, we emerged. 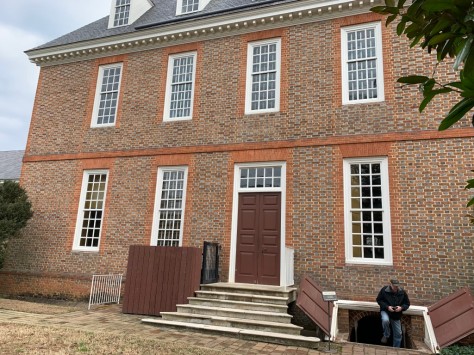 And caught a charming scene. 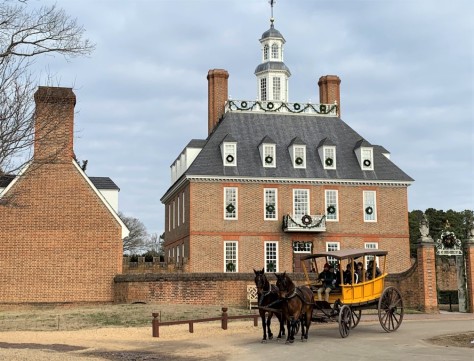 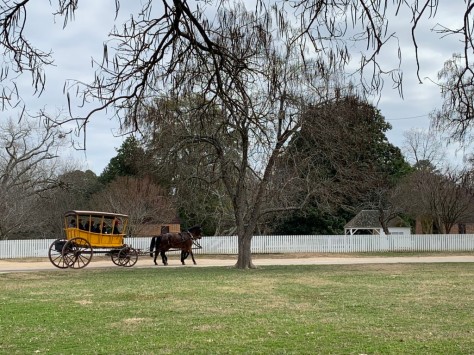 Adding a little something to the atmosphere of days gone by.

As well as making us watch where we walked… because, well. Horse diapers hadn’t been invented yet.

And yes… they do exist.