My husband surprised me the other day with new gutters.

Yes…. some women get diamonds, I get downspouts.

But these had been a long time coming and after nearly being bludgeoned by icicles from water running off the garage last winter? 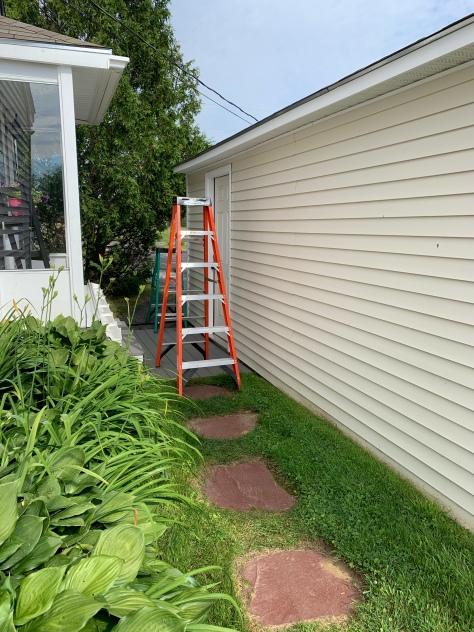 I had other things to do that day but husband asked me to help for 30 minutes because he said that’s all it would take.

The first section went up easily.

Too easily as it turns out….

Which the hose test proved.

I was then directed to a different spot, which also leaked.

Vowing to fix it later, the husband moved on, installed 2 more sections and then needed an end cap.

Which I now believe are the work of the devil.

One of these should have fit on the end of that piece to block the water.

Please note my use of the word should.

Some of them not at all subtle.

Of course we were still left with the leaking problem on the first section. And after much discussion, it was decided the shingles on the non leaking end…

Over hung the roof a fraction of an inch further… 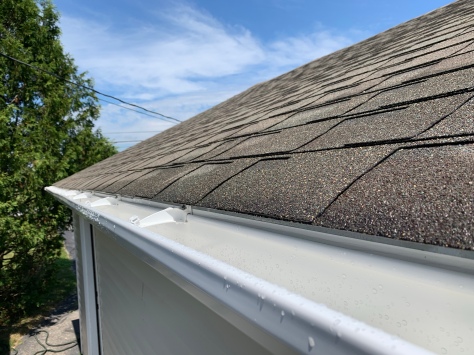 Than the shingles on the leaking end. And there’s not much you can do about that.

But the husband hates caulk so we spent the next 3 hours, yes… 3 hours….. trying to find a solution. 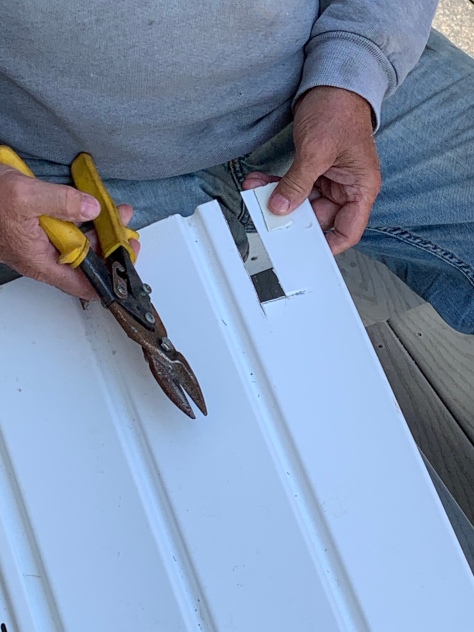 Little pieces of white plastic were cut to sit on the top of the clips and divert the flow.

But it didn’t work. 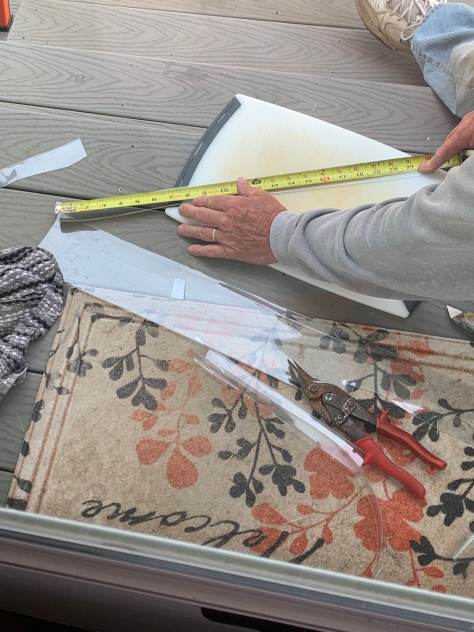 And carefully cut into strips to tuck under the flashing.

But still, it leaked.

Numerous ladder safety warnings were ignored during this process. 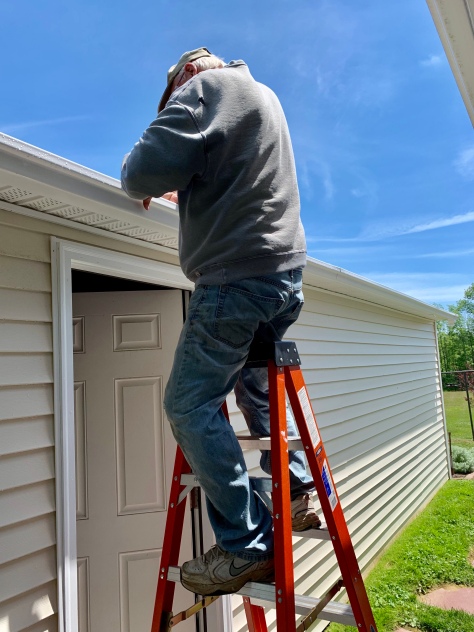 And still, it leaked.

Late in the afternoon, after spending way too much time on a half hour project….

It’s raining as I write this…. and guess what?

22 thoughts on “Another project?”