But Manteo, North Carolina has an interesting history all it’s own. 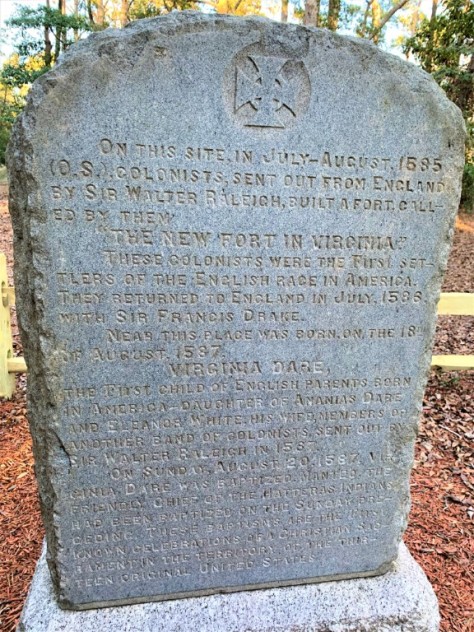 Manteo is located on Roanoke Island, site of the famous Lost Colony.

A very brief history is here.

Living in North Carolina you encounter cities, towns, streets, schools, sports teams, forests, streams, hospitals etc. etc. with the names Raleigh, Virginia Dare and Croatan. Do we know for certain what happened to those early colonists?

But after visiting this National Park, reading the history and having one extremely long conversation with a Park Ranger…. I wondered why it was a mystery at all. 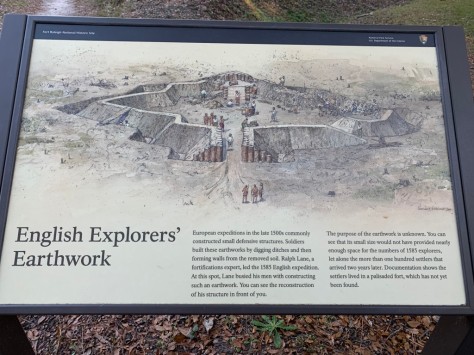 We stood at the exact site of that early fort. 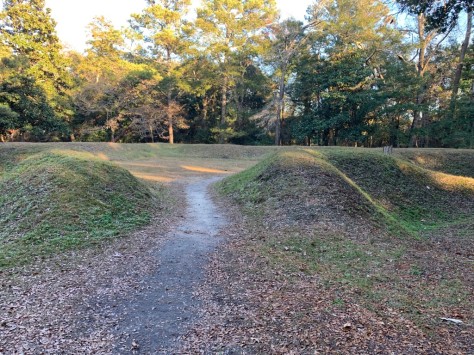 Granted, there wasn’t much to see.

There was also a squirrel with a very large nut, but I’m guessing he wasn’t an original 16th century squirrel. 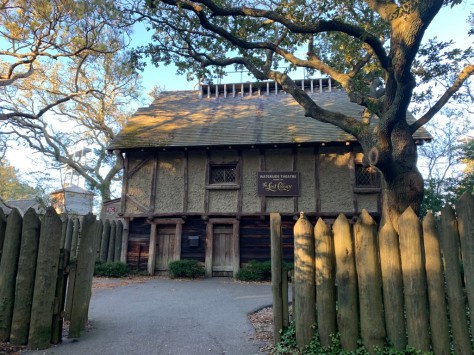 Walking around the park we did find a theater where they hold seasonal plays.

Weird diving board not withstanding…

It didn’t hold our attention for long…..

Even with the interesting tree branches…. 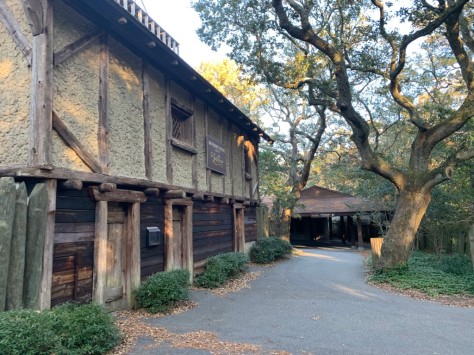 Back at the visitor center I learned the whole story and basically, it goes like this.

The first English settlers arrived in 1585. They were a military group sent by Sir Walter Raleigh to colonize the New World. They built a fort, the effort failed, they returned to England.

The second group of settlers landed in 1587. This consisted of approx 120 men, women and children. They figured they would fish for food…. but none of them were fishermen. Great plan!They met friendly Indians who totally supported and fed them for 2 years until a drought in the 3rd year left the Indians barely enough to feed themselves. The English were ticked off that the gravy train had run out, so they slaughtered the chief and stole his food. Thus ending the friendly relationship with the native population. 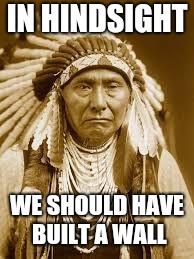 Disease, famine, and a harsh winter all took their toll. When Governor John White sailed back to England for supplies, he had no idea a war with Spain was about to start…. and didn’t make it back for 3 years. When he returned, the colony was deserted. The only clue? The word Cro scratched into a tree and Croatan scratched into a post. 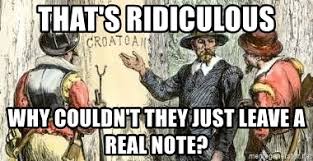 Did the Indians kill all the colonists? Maybe… but I doubt it.

The Croatan were a local tribe with a history of assimilating other peoples into their society.  Later English settlers spoke of meeting blue eyed Indians.

Where’s the mystery? Sick and starving, the remaining colonists set out to find the friendly Indians and scratched Croatan as a message to those who followed.

What do you think they were doing for those 3 years.

See? There are memes about it…

It must be true.

Anyway…. the visitor center had some interesting items.

And I adore old maps. This way there be monsters….

But how about that ceiling?

Made my neck hurt just thinking about painting it.

Were not just any old walls. 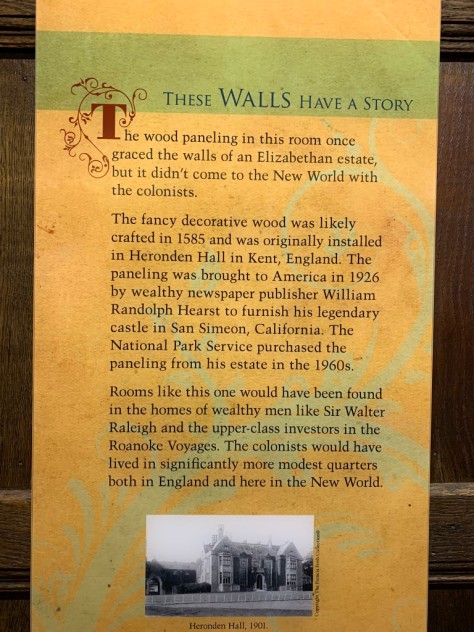 Just go with it.

And a flying fish (painted by none other than Governor John White, the only unlost member of the Lost Colony) later….. 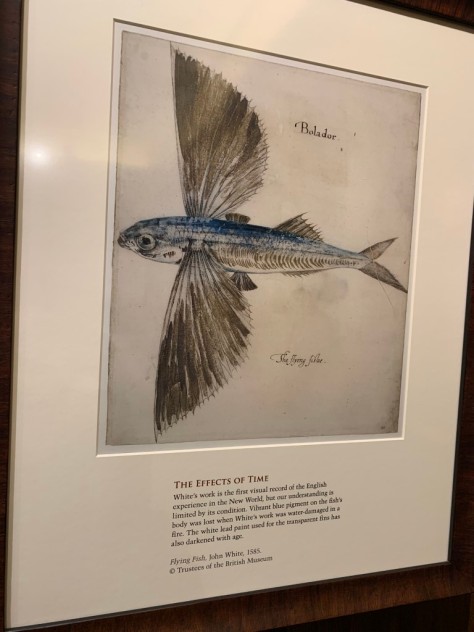 Drove back through the Outer Banks…

Just in time for me to try and snap some sunset pics at 85mph. 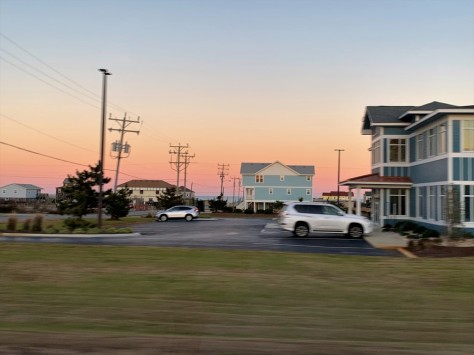 But the sun was perfectly poised on the horizon…

As we went over the bridge…

And headed back to the mainland.

Two hours into the 3 hour trip back we stopped at Cracker Barrel for a quick dinner. You’ve all been there, no pictures required.

But country fried turkey? Definitely reminded me we were in the south.

Last photo of the day is that weirdo building in Virginia I asked about previously.

Although this time it was quite colorful as we went by.