Continuing our stroll around the museum, we found abstract landscapes… 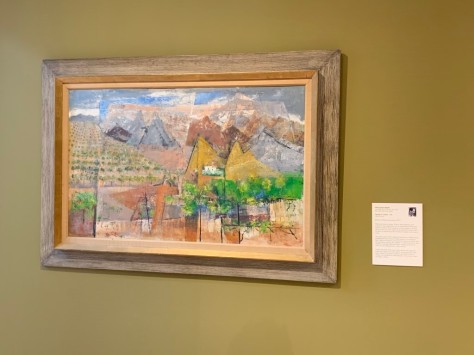 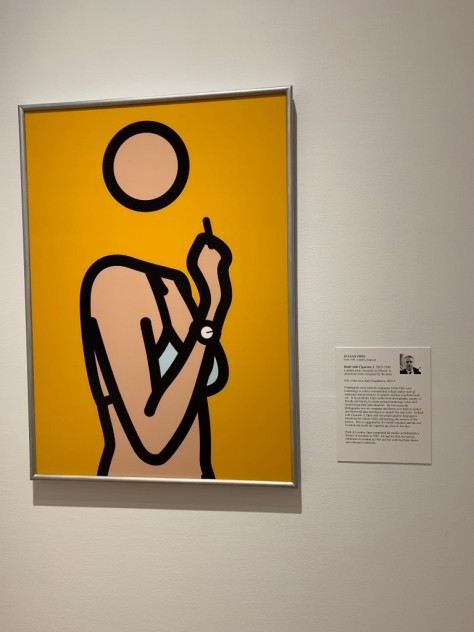 And a large amount of love. 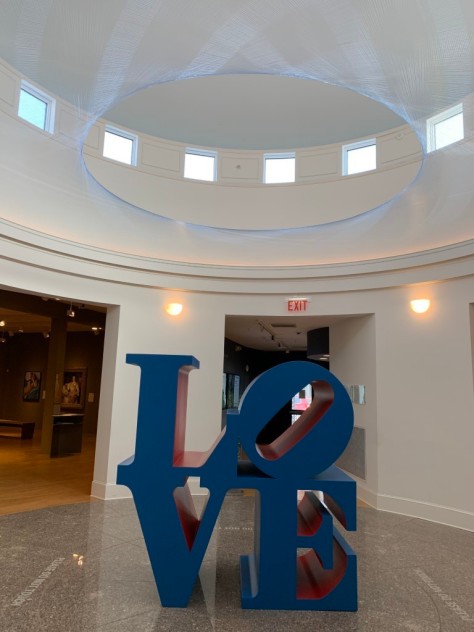 The husband still had that    puzzled look on his face… and read all the detailed descriptions in hopes of enlightenment. 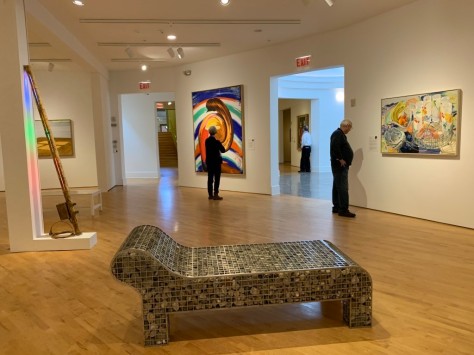 And speaking of light…. 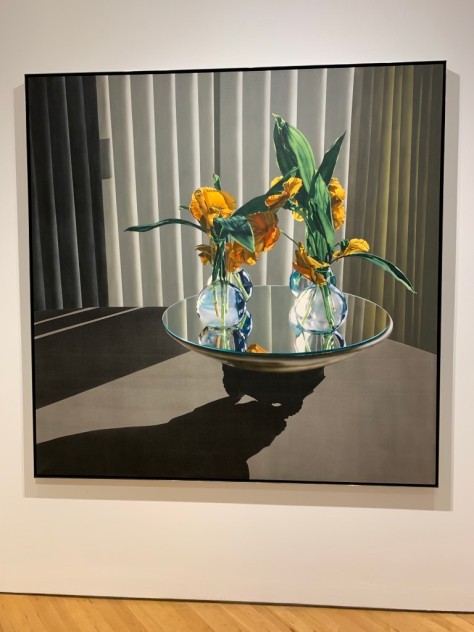 While I’m generally not a fan of realism, the play of light and shadows in this piece were spectacular. 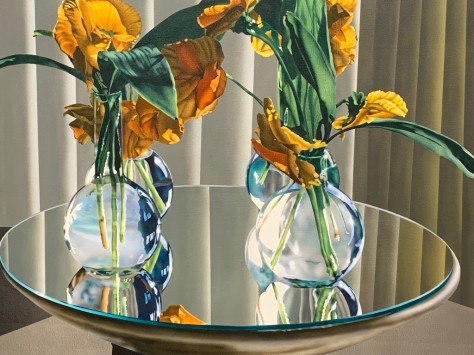 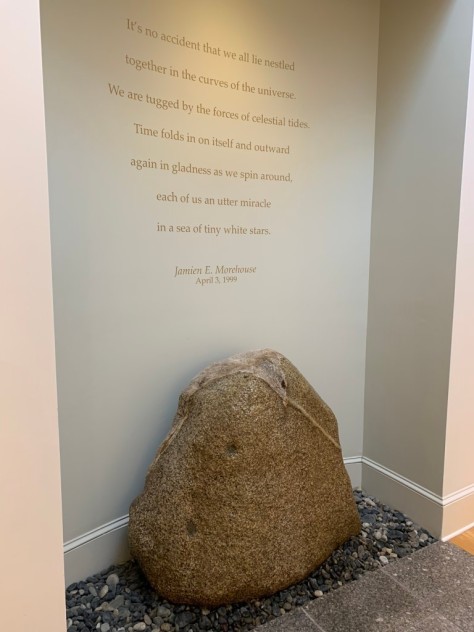 I found a rock! 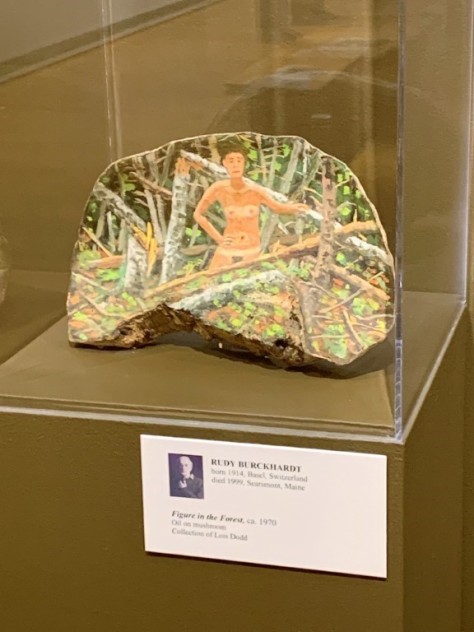 As well as a nude on a mushroom.

Bet you’ve never seen that before. 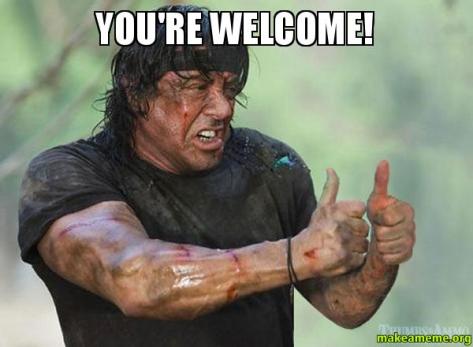 Upstairs we found the Maine gallery. 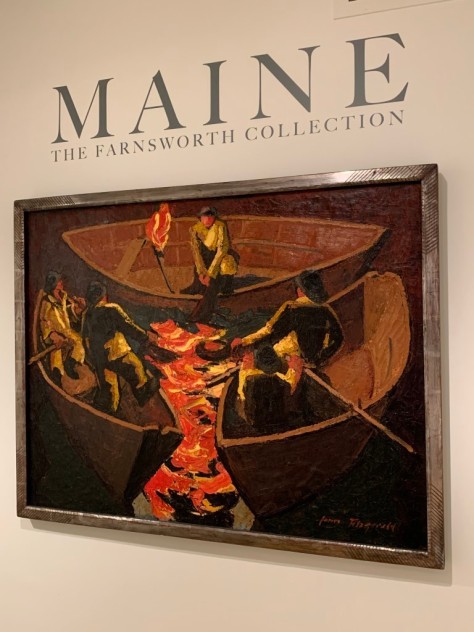 Which welcomed us with bloody fish guts.

I’d have preferred an apple martini, but whatever. 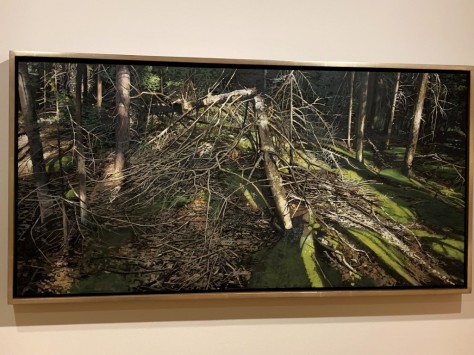 There were Maine scenes. 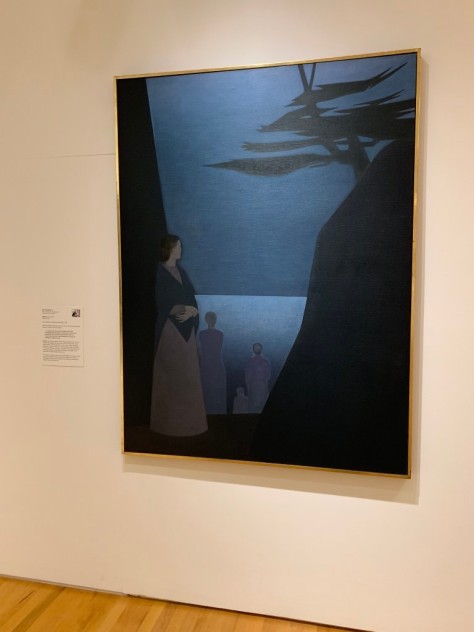 Including this melancholy piece of women waiting for their men to return from the sea. 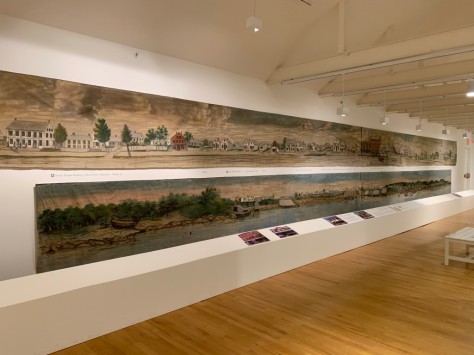 There was an extremely long panoramic of Main Street, Rockland in the 1800’s. 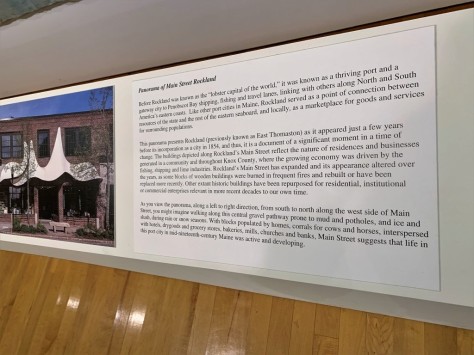 Did you know it’s known as the Lobster Capitol of the World? 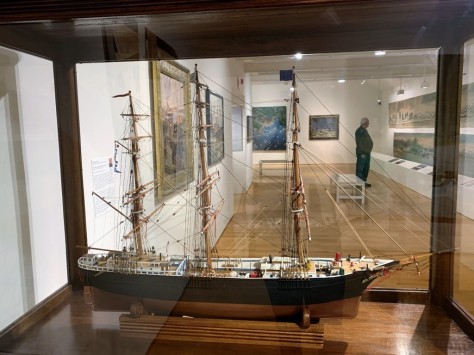 There was a model ship, which after those amazing examples we’d seen in Virginia…. looked like a 4 year old had built it.

Btw… did you know it’s bad luck to say the word pig on a lobster boat? I’ve known fisherman who won’t even bring a ham sandwich on board…. though no one could ever tell me where that started. 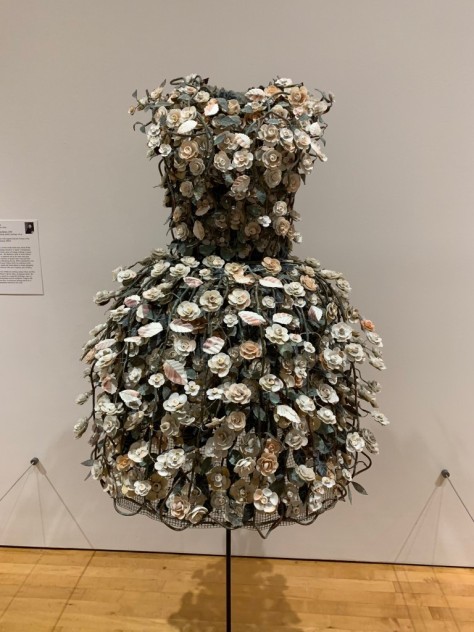 What does this have to do with Maine? Other than the fact it’s made with seashells, I have no idea. 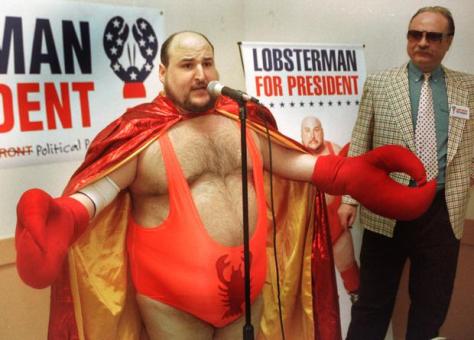 For which I am quite thankful….. 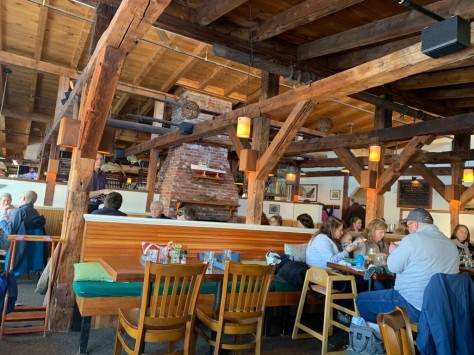 Done with the museum, I picked a restaurant on the Camden waterfront. 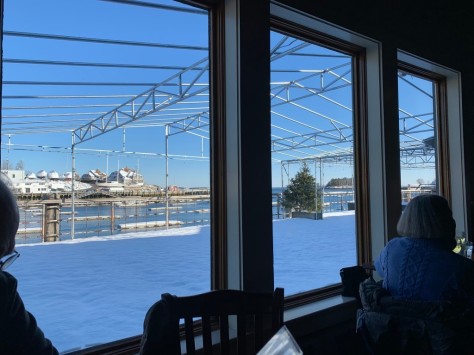 It had a nice view. 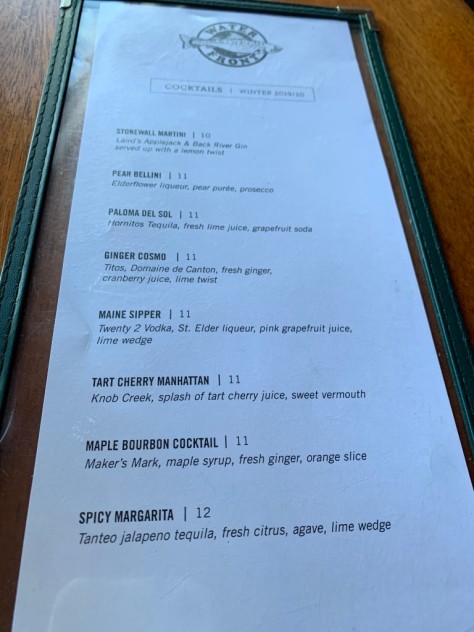 And a tasty Maine sipper. 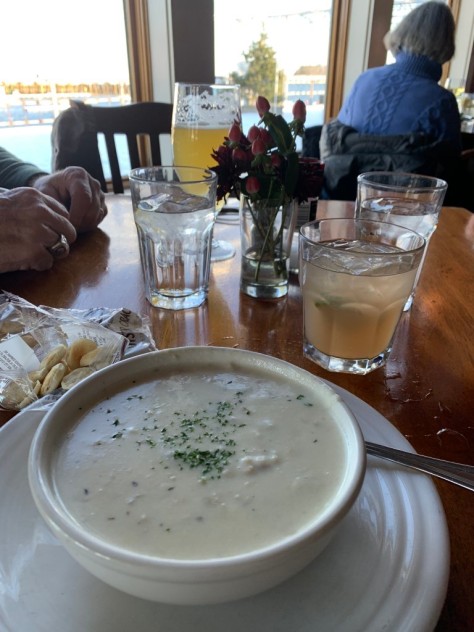 But the husband wasn’t satisfied with the small lunch menu, so we just had clam chowder…. 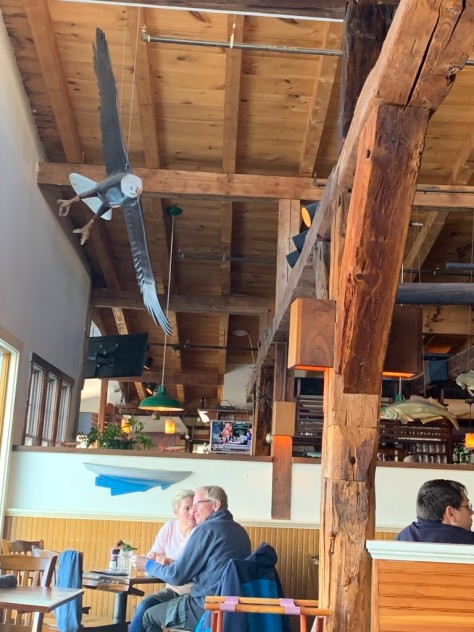 And wondered when that eagle was going to swoop down and snag a piece of fish.

Though I suggested a few other places to eat, the husband opted for Chinese take out…

Which was disappointing, again. It seems no matter how many places we try, they’re always awful.

The beef and broccoli? Like they used Alpo for sauce.