While we’d planned on taking the 8:30pm ferry back to Woods Hole…

We arrived early and were put on an earlier freight run. 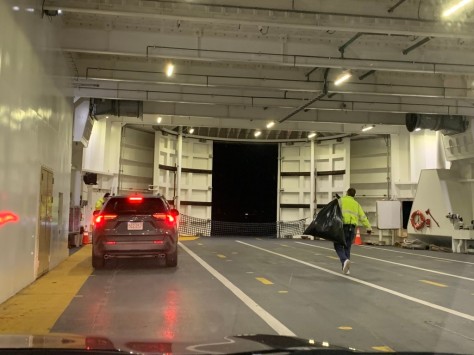 Yay! Third car on, I figured we’d be the third car off.

But it was a gorgeous night for a boat ride.

And for some full moon photography.

Even if some of the shots went a little wonky. 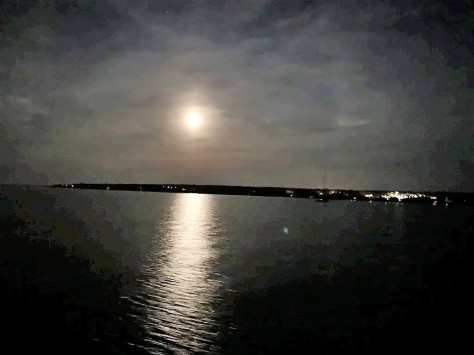 Before we knew it we were pulling into port. 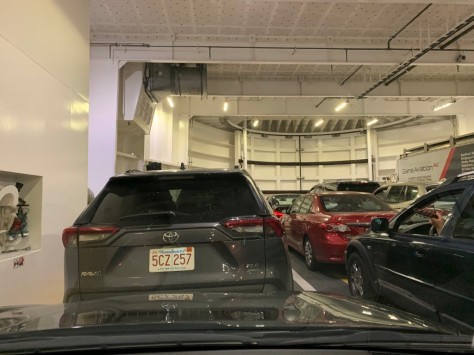 And the doors were opening…

Do I take fascinating videos or what?

Naturally, we were almost the last to leave.

But that’s alright, it was a wonderful day and a memorable adventure of a fabulous place.

We’d passed this place in Falmouth a few times during our trip and decided that night we’d stop. 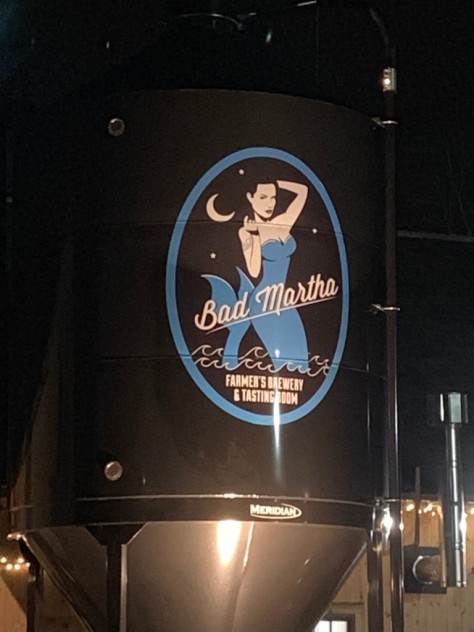 Bad Martha’s, a brewery from Edgartown on the Vineyard… from whence we just came, but managed to miss while we were there. 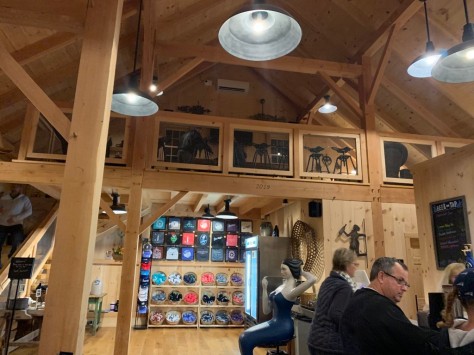 It was a fun space.

We did a flight. 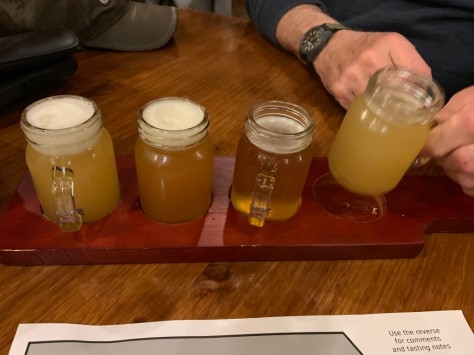 And sadly weren’t impressed with the beer, the really uncomfortable metal tractor seats or the small menu. Basically a few pizzas or a cheese plate.

So we moved on to Mashpee and found a great little Italian restaurant.

We drooled over the menu.

Veal Portofino for me…

(Okay, 2 cranberry margaritas in… I admit the quality of photography tends to decline.)

Chicken Florentine for the husband.

And a classic on the television at the bar.

(I still have my original album, which shouldn’t surprise anyone. Hey Bartender!) 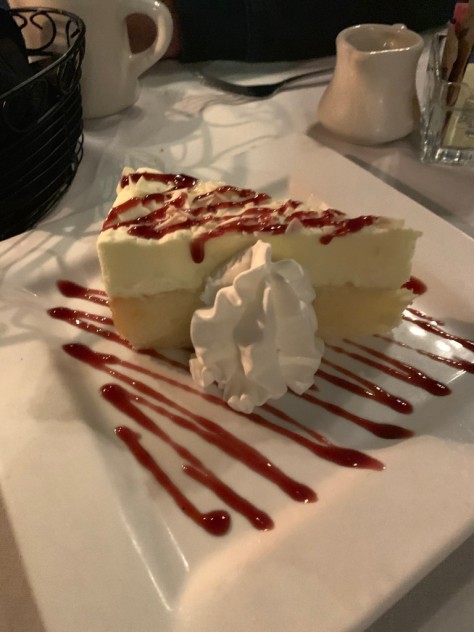 Dessert was a shared Limonatta cream cake. Husband said he didn’t want any and ended up eating 2/3rds of it.

Light as air and positively delicious, how could he not?

(It was a nice looking place, you’ll just have to take my word for it.)

No trip south of Maine can escape Boston traffic… and in a word? 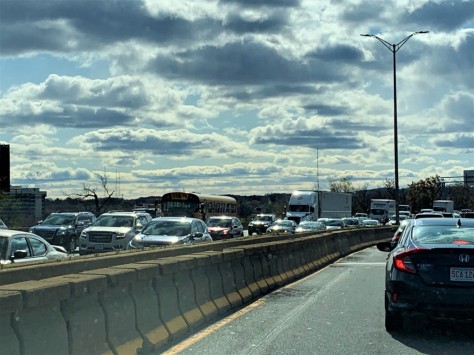 But it still sucks.

The Tobin Bridge is attractive…

But directly after that is the Callahan Tunnel, which is not.

Of course my aversion to it may have something to do with the fact that we’re always bumper to bumper in the dark and instead of the posted 40 mph speed limit? The husband is flying through at 80 while darting in and out of traffic trying to get 3 inches ahead of the next car. Driving is a competition dontcha know…

We stayed at the Sea Mist Resort in Mashpee, Massachusetts which is considered the Upper Cape.

And it was a good base from which we could explore.

Quiet, wooded and off season? It was practically deserted, which is how we like it. 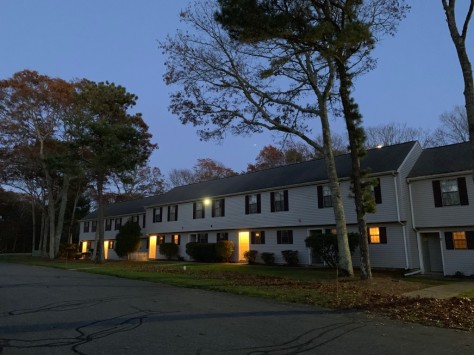 We had a one bedroom townhouse with two bathrooms and a cathedral ceiling. 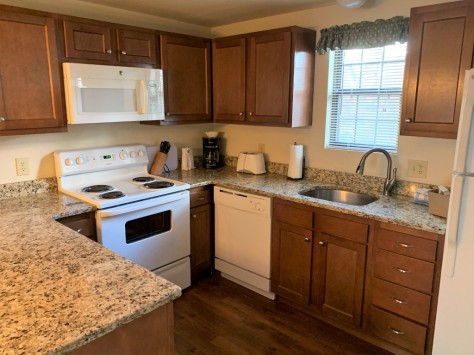 A nice full kitchen with granite countertops and wood floors. 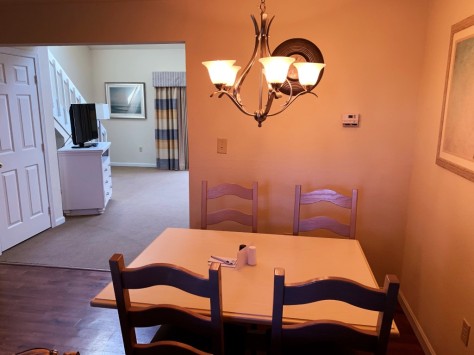 It was clean, and spacious…

Although when it came to the living room furniture and color scheme?

Yes, it was bland.

But hell… clean, quiet and spacious trumps ugly any day.

Did I mention there were 2 full bathrooms? That’s unusual in a one bedroom timeshare condo and I took full advantage…. giving the husband this smaller one.

It was a little odd having a window in the bedroom that looked out on the living room….

But it made for a nice little reading nook when the husband was knee deep in MSNBC every night.

The bedroom was a good size with a super comfortable, although not king sized, bed.

It also had a full length mirror which earns it an extra star in my book as none of them ever do. 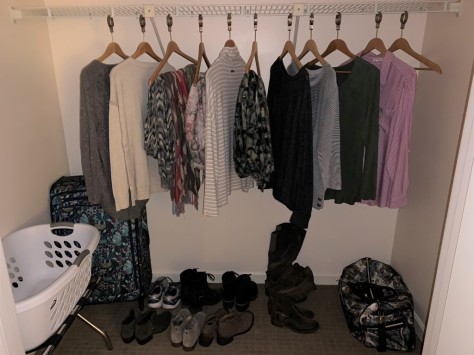 And this for him…

(Men. How is it possible we’re the same species?) We headed out for a late lunch/early dinner. 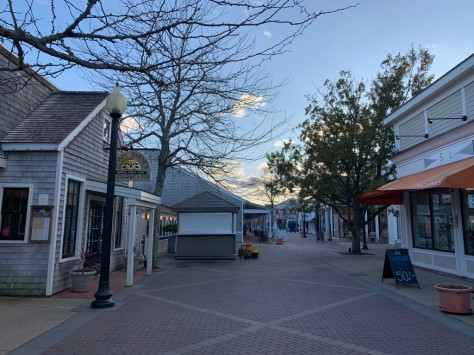 Mashpee Commons was nearby and one of the largest shopping centers on the Cape. While attractive and filled with interesting stores and restaurants, it was also a nightmare when it came to parking. We circled and circled… and circled some more until we squeezed into a tiny spot. Christ! It was the dead season of November, I can’t imagine what it would be like in the summer. 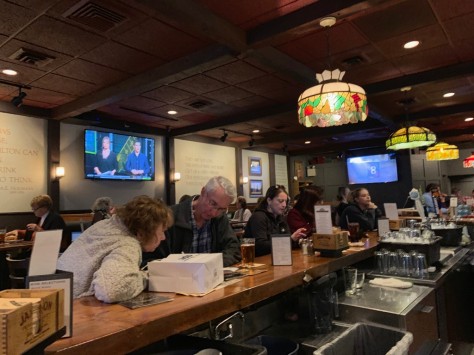 We landed at Bobby Byrne’s pub…

Where I got in the Cape Cod spirit with a cranberry and grapefruit cocktail. (Or two)

When you’re in the Cape, it’s all about the cranberry.

I wanted the huge gigantic pretzel, because seriously… it was huge.

But went with the grilled chicken quesadillas and sriracha crema instead. 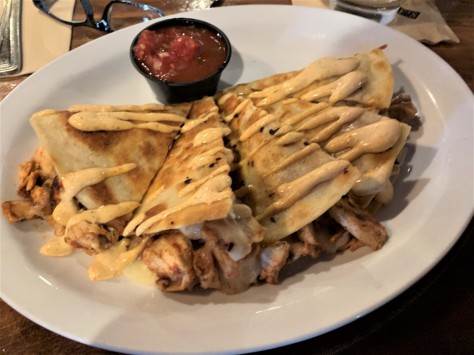 Damn! They were good.

Husband had his usual French Onion soup which I swear… contained at least a pound of cheese.

Then we shared a chicken broccoli alfredo. 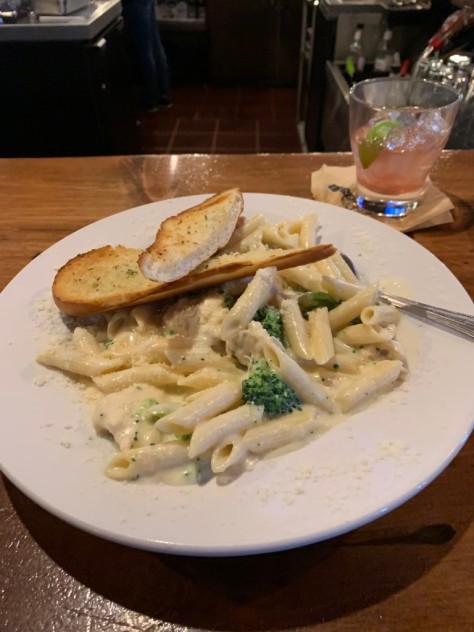 Which was delightfully rich and garlicky.

Did I mention the beer was extremely cold? 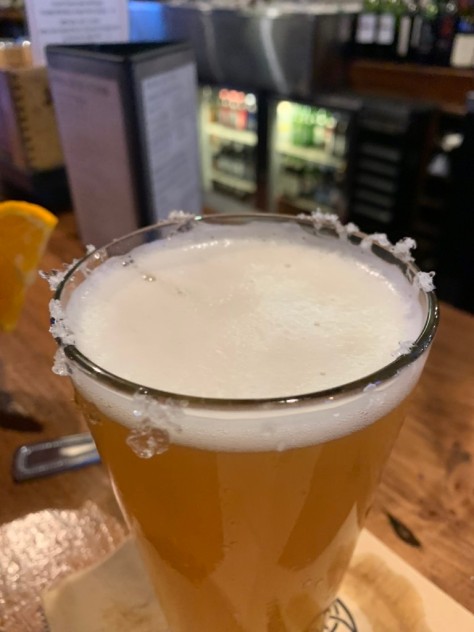 (Are you food picture screamers satisfied? Day 1 and you got multiple food photos. You’re welcome… now be quiet.)

Bellies full, we grocery shopped to stock the kitchen…. and then called it a night.

Because skylights in the living room require an after dark selfie….