If you’re back this morning it must mean you want to know how my reading with the psychic went back in 2013. Funny, eight years later and I still have to pinch myself when I think about it. Roll your eyes, scoff, write me off as a nutcase… I don’t care. I would have done the same if I hadn’t experienced it myself. You know me…I’m a pragmatic chicka. A realist. There have only been a handful of things in my life I can’t explain…. and this was one of them. So jump aboard the crazy train and thank Swinged Cat  for opening up my archive with his request for sharing weird experiences.

My evening with spirits…. **Friends only**

I’m not sure I know where to begin.

And if I start rambling, please forgive me…it was a very emotional experience.

The psychic was a lovely woman who made me feel completely at ease. There was no incense, no crystal ball, just a table and the prerequisite box of tissues. She instructed me at the beginning of the session not to volunteer any information. Only to acknowledge or negate what she said. So for all you skeptics, there was no way she was pulling details of my life from me since all I said for an entire hour was yes or no.

I have to say it felt surreal. The moment we started she told me there was a man, who she felt was my father, waiting for me. I won’t go into all the details since none of you knew him….suffice it to say she had him down cold. There was nothing she related that wasn’t completely accurate. She had his personality, his job, his appearance, his love for my mother, his wartime experience, his poor health, his dry sense of humor, his love of the sea. She saw him surrounded by books, artist’s brushes, animals and gardens. She spoke of his grief over the loss of his brother when he was young, of his regrets in not being able to watch me grow up, his sense of duty towards his widowed mother and awful sister.

(And let me tell you…she had her down pat also. My hateful aunt who the psychic called spoiled, entitled and bitter. Fittingly, she is as alone in death as she was in life. Nice to know you really do reap what you sow. 👍)

I think the most amazing thing I came away from this experience with was the knowledge that our loved ones are always with us. My father said he was glad I had found a good man who loved me. That we were secure financially, that we were happy. He knew my husband had been in uniform and was older than I. He spoke of the big building project we had undertaken (the barn!) and how well we worked together as a team. He said he had been worried for me in my early teenage years right after he died because I, how shall we say….ran a little wild. (Which I totally did!) He said he appreciated the fact that I care for my mother… and to please have patience with her… as he had to, for she is not a strong woman.

The psychic told me of my father being there the night of the Marine Corps ball and how lovely he thought I looked in my dress. Of how proud he was of me for finding my own voice after so many years of being a shy wallflower. (Yeah….I know, hard to believe but at one time I was.) He wanted me to know that our beloved beagle Hiram was beside him now as he had been in life….which made the animal lover in me rejoice. He told me to lead the life I wanted to lead…that it is the regrets we take with us. And even though I never felt neglected as a child, his biggest regret was that he worked too hard and too long and didn’t spend enough time with my mother and me. He spoke of many little childhood memories I had all but forgotten. He spoke of the grief he carried over the loss of my brothers and sister. (My mother had multiple miscarriages early in their marriage) As I said…it was surreal.

Though I did choke up a few times….I didn’t babble. Which is surprising because even after all these years, I can’t often speak of my father without crying. I think I might have been too stunned for tears. My jaw was probably hanging open half the time because even though this was exactly what I had hoped for…part of me didn’t believe it could really happen. I’d happily crossed over into the Twilight Zone… and no one could have been more surprised. But aside from the other worldly vibe? The over all feeling of the evening was peace.

For 35 years I have missed my father…. and wished over and over again that he could have shared my life as a teenager, as a young woman, as an adult. And now, the most remarkable thing I realized?

We love our large back yard.

Specifically because there’s nothing to see except grass and the occasional 4 legged visitor.

It’s quiet, peaceful and far away from other houses.

Remember a while back when I complained about the neighbor behind us who parked his motor home right next to our property line instead of on any of his other 10 acres?

Well, the other day as I was reading on the couch, I heard banging.

Do you see it?

The neighbor’s house isn’t visible from our place, and they have a good 12 acres worth of property, if not more. Some is cleared, some wooded… and it goes right down to the water.

So what did they do?

They started construction of a tree house…… right next to our property line.

Grass? Ours. Brush? Theirs.

Maybe 6 feet between the end of our grass and their tree house frame.

12 acres plus… more than 522,720 square feet! But they had to pick the only spot on our common border that’s open to viewing from our side.

I’d like to bitch… but we love these neighbors, and have always had a good relationship.  The owner lost her husband to Parkinsons a few years ago and it broke all our hearts. The home is large and was too much for her to handle alone so her daughter and family  moved in to help. Two granddaughters and two step grandsons are now also in residence, hence the tree house.

Which technically it isn’t, since it’s merely tree adjacent.

I don’t mean to sound anti children, but damn. We’re on the other side of the life spectrum and relish our peace and quiet.

But there it is, looming over our backyard.

Did I mention it’s strategically placed on the only break of the tree line?

33 Pictures That Show How Insanely Cool The Original Woodstock Was

Woodstock ’94 was fine, whatever.

Woodstock ’99 was a gross shit-show disaster.

At the time, MTV said, and I quote:

“The air smelled of burning garbage, as well as urine and feces.”

And with news that Woodstock is coming back for the 50th anniversary this year,

I thought it was fitting to revisit the original Woodstock.

3. People were sleeping in cemeteries.

4. But, somehow, SOMEHOW, it didn’t devolve into a Fyre Fest shit storm.

5. Everyone was naked, and also pretty hot.

7. There were hippies on poles.

10. Hippies strung out under umbrellas.

18. …except these people didn’t go for new content for their Instagrams.

20. Shia LaBeouf could only hope.

21. There were weed stands.

22. There were dirty toe rings.

25. Have I mentioned all the hot naked people?

26. Volunteers were making food for everyone.

29. In an impressive display of teamwork and grace, these people balanced cardboard on their heads.

31. Basically, this might be the only time in history a music festival was cool.

It’s been a long running joke in our marriage that my husband went to Woodstock ….

Took a look around, and left.

I know, that was my reaction too.

The joke is,  had I known this disturbing piece of information before we got married… it would have been a deal breaker.

In August of 1969, when the counter culture was doing this?

And listening to this?

Yeah. Walking the dog with some sassy red kicks.

Needless to say, I was too young to attend.

So years later, when I heard my beloved other half say Woodstock  “wasn’t his scene”, and that he had hitch hiked to New York that August, joined the throngs of hippies walking to the concert, “saw a bunch of half naked people dancing and smoking dope” and decided to leave?

A little piece of me died.

I would have killed to be there. Rain, mud et al.

In my  hippie days of the late 70’s, the closest I got was following the Dead around New England… or going to the Claremont Music Festival in New Hampshire. We camped out, we smoked weed, it rained… but it still wasn’t Woodstock.

And now, in August 2019 on the 50th anniversary? There’s another Woodstock brewing.

The husband even agreed to go! 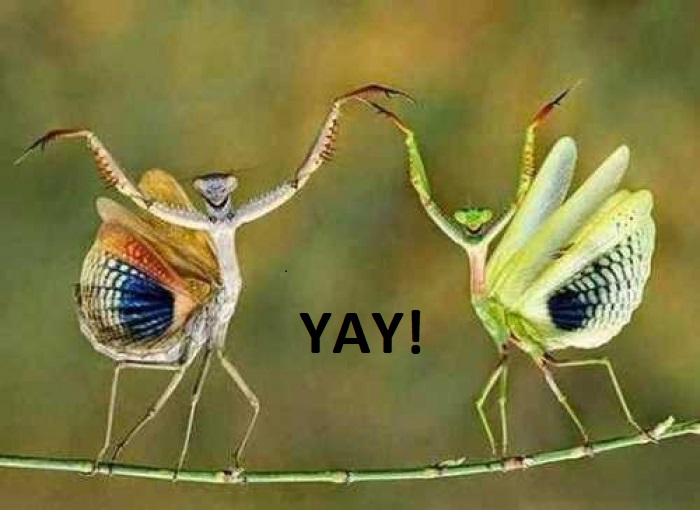 (Probably just to shut me up about the first one, but who cares!)

And while a few of the original artists will be there…. Santana, Fogerty from CCR, Country Joe McDonald and David Crosby  (no, I’m not counting Dead and Company with John Mayer. Please! Without Jerry, they’re not the Dead)…. scanning the list made me want to cry.

Damn. I must be old, because I don’t know half of these groups. And while I love the Black Keys, Dawes, The Lumineers, and a handful of others? My need for more classic rock, folk or blues from back in the day makes me think to hell with it. You can’t go home again.

And apparently you can’t go back to Max Yasgur’s farm either because the event is being held 150 miles away in Watkins Glen.

At the race track.

With a limited amount of tickets because they’re worried about traffic jams.

There’s even an app. 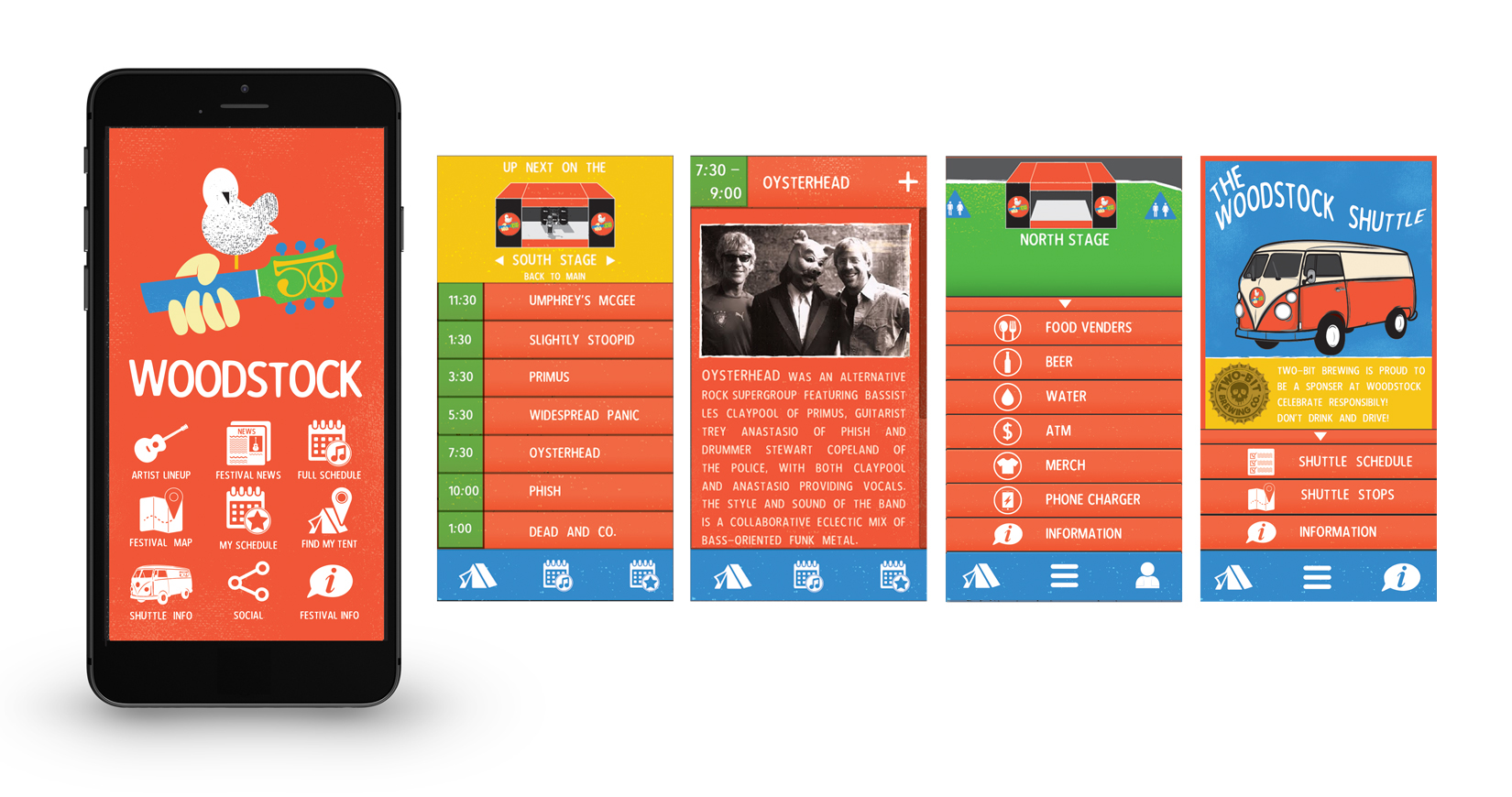 I doubt it. The Millennials have taken over and it will probably be merchandised to within an inch of it’s life and have more to do with profit than peace and brotherhood.

Sorry husband. It looks like you’re still going to have to take my crap about leaving the first one.