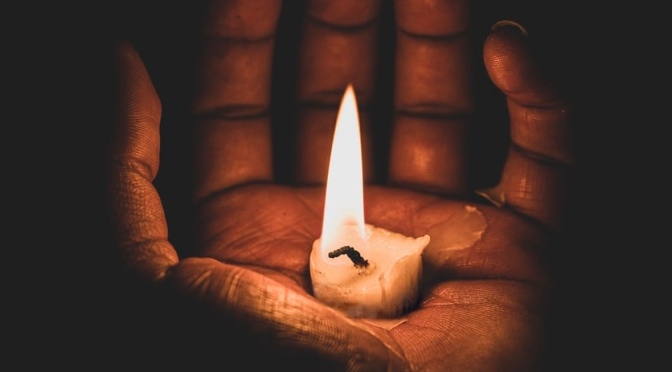 This will be the last  such a loon unexplained experienced post. Strange things happen, and sometimes you have to blog about them. Which is what I did after my mother passed…. and now again because  Swinged Cat  asked me.

I have one more amazing experience to share with you, and for me…this was the most meaningful.

As I’ve said before, the people who work and volunteer at hospices are angels in my eyes. A more compassionate, caring set of individuals you’ll never meet. They were there for me at the worst time of my life…. even when I didn’t think I needed them. They walked me through the process of death and held my hand. Literally and figuratively. They offered a shoulder to cry on and a hug when words weren’t nearly enough. They shared their stories of helping others through difficult times and it ended up helping me.

One woman told me of a patient who had terminal prostate cancer. He was given 3 months to live and was surrounded by his large, loving, Italian family at all times. They came in rotating shifts, cooked meals, read books and played cards. One afternoon while his favorite grand daughter was visiting he told her he was a little tired and wanted to take a nap. She said, “Okay Gramps. But we’ll be right outside when you need us because we’re not leaving you for a minute.” 10 minutes later, forgetting her purse in his room, she snuck back in quietly and found that he was gone.

He needed to spare them the pain of his passing and chose his time.

When you’re sitting in the hospice rooms… there are books, pamphlets and literature on dying scattered everywhere. They’re meant to be helpful, but for days I couldn’t bring myself to read them. Denial is a wonderful thing.

But as time wore on and things got progressively worse, I picked one up. 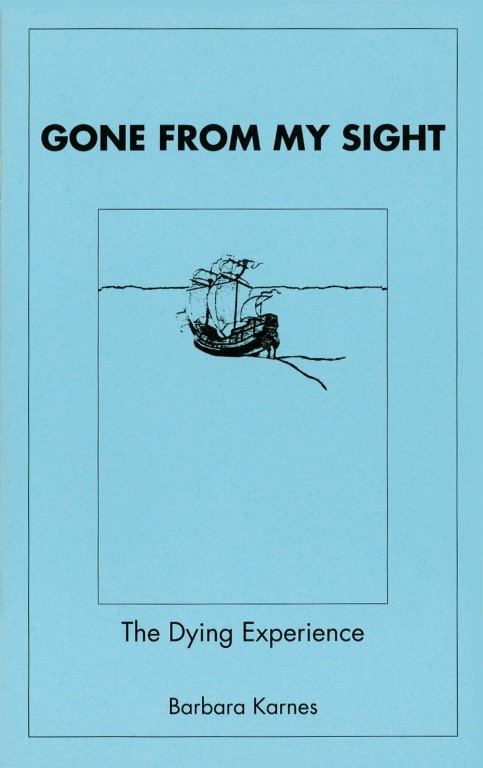 It was written by a nurse who has witnessed numerous deaths in her career. And as hard as it was to read…it was also strangely fascinating. Because I learned that it’s a very defined process, death. No matter what your disease or illness….you will die in clearly recognizable steps.

Reading about the months prior to death I realized my mother had been showing the signs. She’d given up reading, which she loved. She’d given up the New York Times crossword puzzle, which she whipped thru in pen. Her appetite had gone from small to non existent. Her sleeping patterns had changed. These are all part of the process….the pulling away from life.

And then it happened. It was an afternoon when a social worker had come to talk with me. At this point my mother had been completely out of it for almost a week. You couldn’t wake her and she didn’t speak.

The social worker had gotten up and walked around the room, looking at all the photos I’d brought. We stood on opposite sides of my mother’s bed and spoke of my father and the strange experiences I related here earlier. I had tears rolling down my face when I told her I knew my dad was waiting for my mom. We turned, made our way to the door…. and then? My mother woke up.

Her eyes were as clear as day… and she found me across the room. I rushed to her side, leaned over her bed and held her hand. I told her I loved her. She looked like she was trying to say something…. but couldn’t. Her breathing became labored.  I leaned closer, kissed her and told it her was okay. That it was her time…and that I would be alright. I told her she would be with dad again soon.

I told her he’d been waiting for her a long time and it was okay to go. I told her he was right there with us.

And then the strangest thing happened. She turned her head, reached out an arm and looked right past me….in every sense of the word. Her eyes went completely glassy. Like a curtain had been drawn. Her breathing calmed, she smiled…and I knew. She’d found him.

She closed her eyes and went back to sleep, but I knew the best part of her was already gone. I’m sitting here with a lump in my throat and tears splashing the keyboard, but I tell you at that moment….I felt such an overwhelming sense of peace.

I kept a bedside vigil for many more hours. And reread a passage in the book about what happens when death is near… 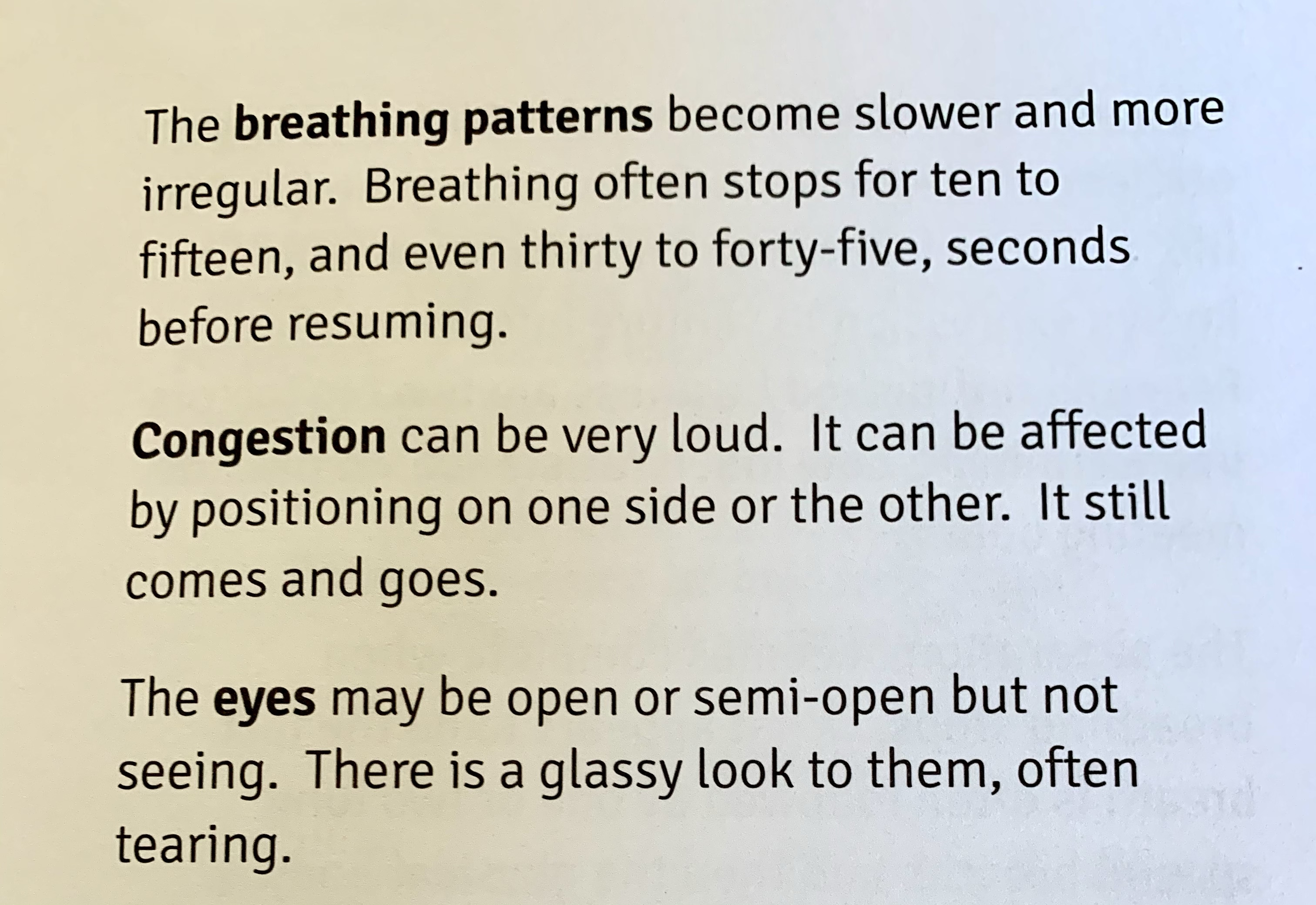 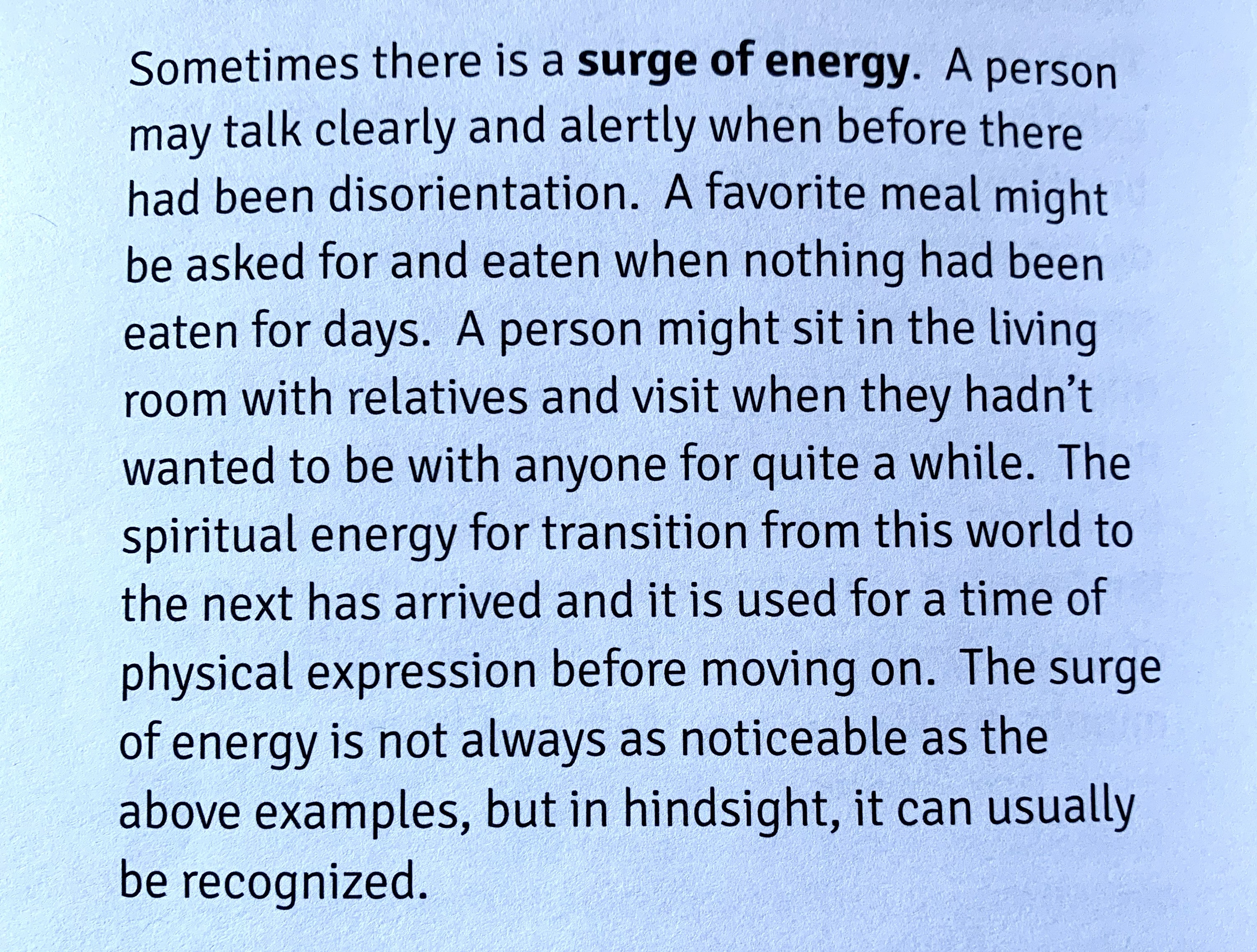 Well, I recognized it…. and it was amazing.

She died later that night. A half an hour after I’d left.

You’re back! Even though your eyes hurt from rolling so far up in your head? I appreciate that. Try not to think of me differently, I’m still the same margarita swilling, rock obsessed, chicken loving  Mainiac (capital M thank you very much) you know and love. This is just another quirk to add to the list.

So that was strange experience number two. My reading with a psychic. It seems odd all these years later to even admit that out loud, but the simple act of rereading my blog from that time has lightened my heart again. If I took nothing else away from that weird and wonderful night it was the fact that our loved ones are never really gone.  I truly believe that now…. and it’s a great comfort.

So here’s my last episode of that spiritual adventure. The aftermath.

I think I opened the floodgates….

Since my experience last Saturday, I’ve told a few close friends about the psychic I saw and how she made a believer out of me… if just for one night. I was a bit fearful of their reactions… expecting eye rolls and chuckles. But I swear it was like they were all waiting for that particular door to open so they could tell their stories.

It was completely bizarre…. A totally no nonsense conservative told me of visitations from his late mother. An old girlfriend I went to school with and thought I knew everything about, admitted she’s been seeing a psychic for 15 years. A down to earth grandmother of 7 told me about her numerous feelings of deja vu. A man that works with my husband, the most rigidly analytical mind in the office, brought these books for me to read and confessed he is a devout believer. 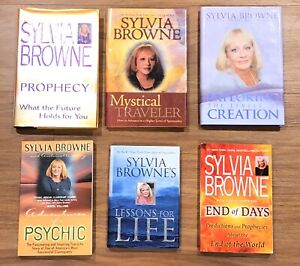 I skimmed a few chapters of these and think this woman is a flake……but whatever. It was the thought that counts.

I guess what really struck me is most people don’t feel comfortable talking about this subject until they know you’re on board.

So… I’m putting it out there.

I told you of my mind blowing re-connection with my late father. Are any of you willing to share your other worldly experiences?

I’d love to hear your stories… if you’re willing to share. And yes, I have a few more strange things in the archives. Experiences from time spent at my mother’s bedside during her last days in hospice. Maybe I’ll post those as well….

What is it they say…? 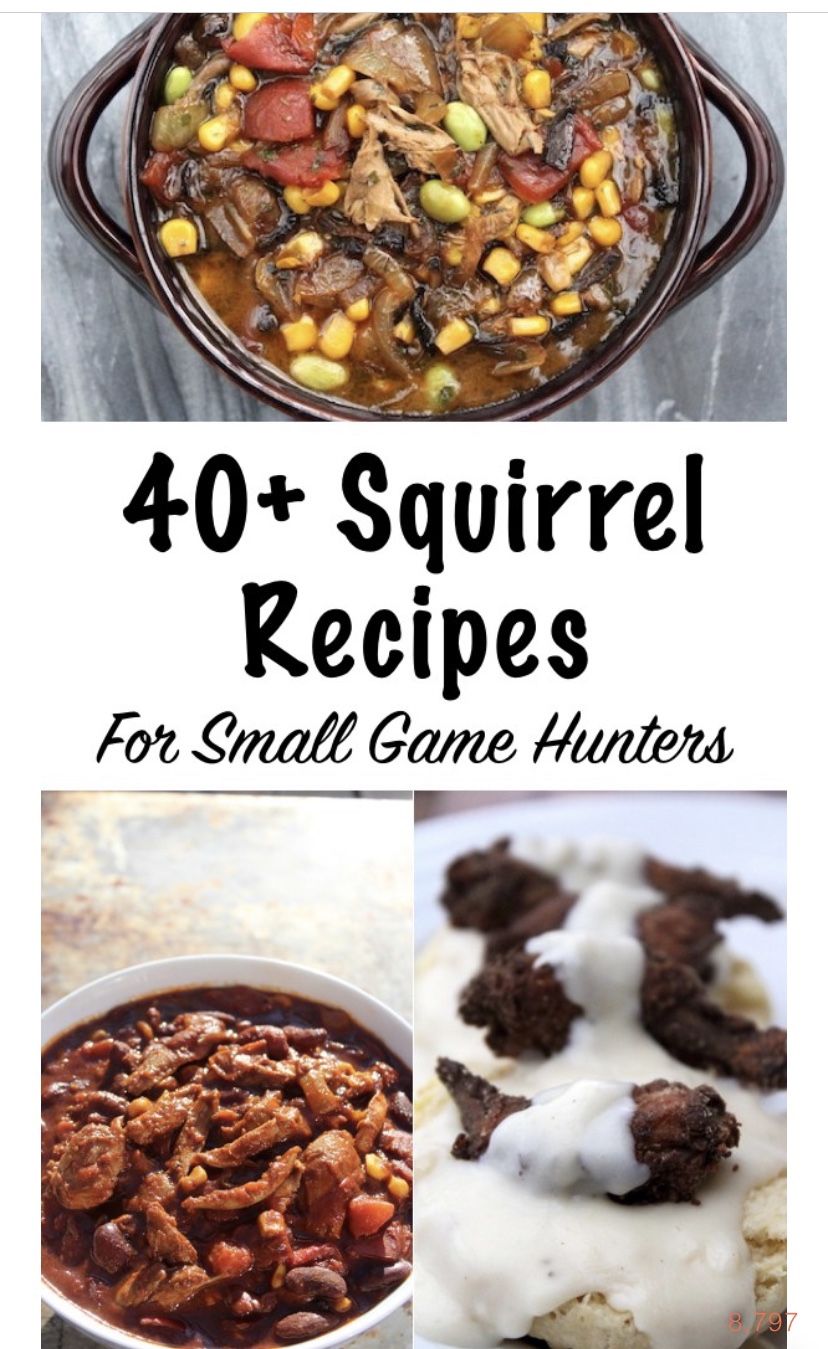 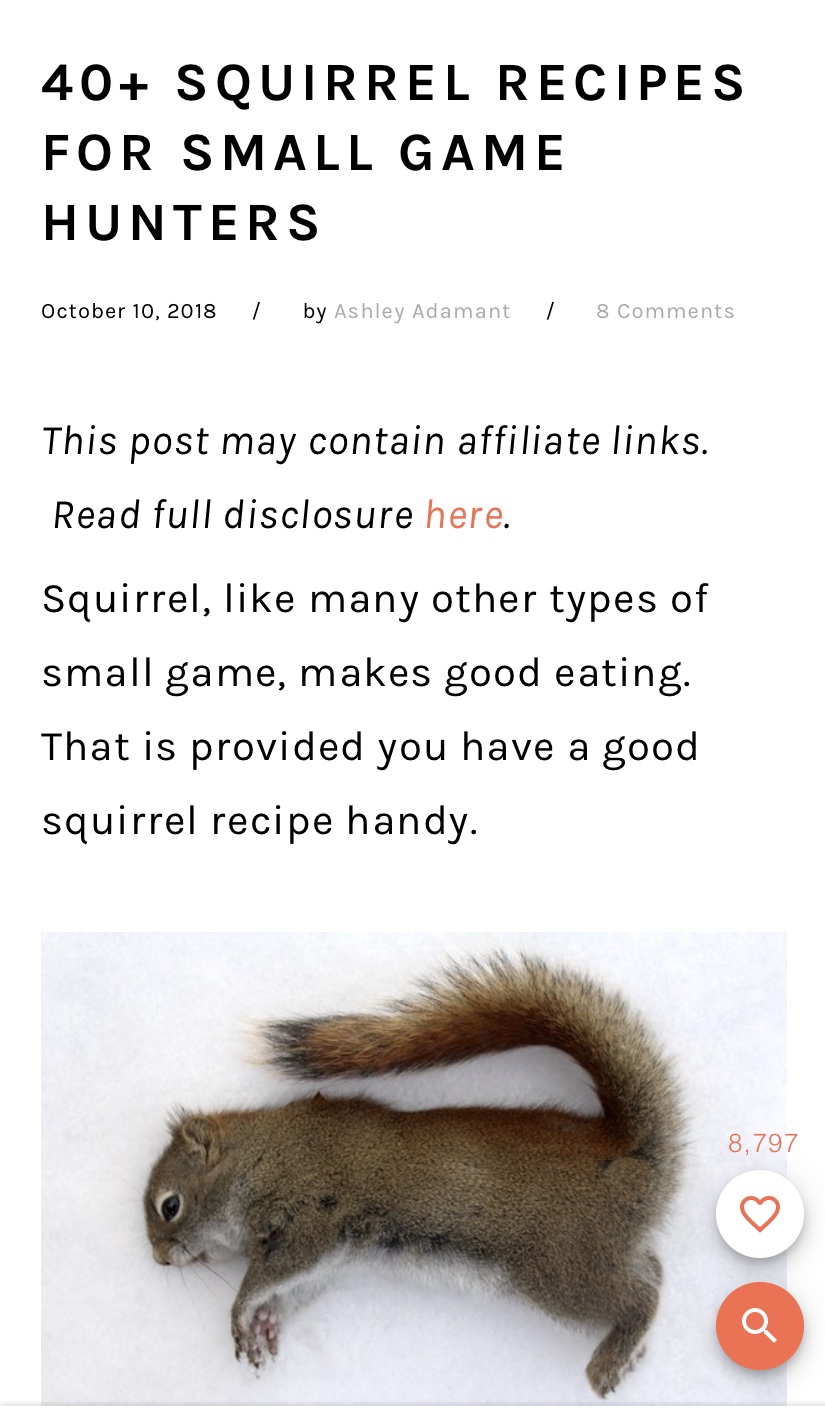 Hmm. I’d have no problem with supply, momma red squirrel reproduces like a rabbit. 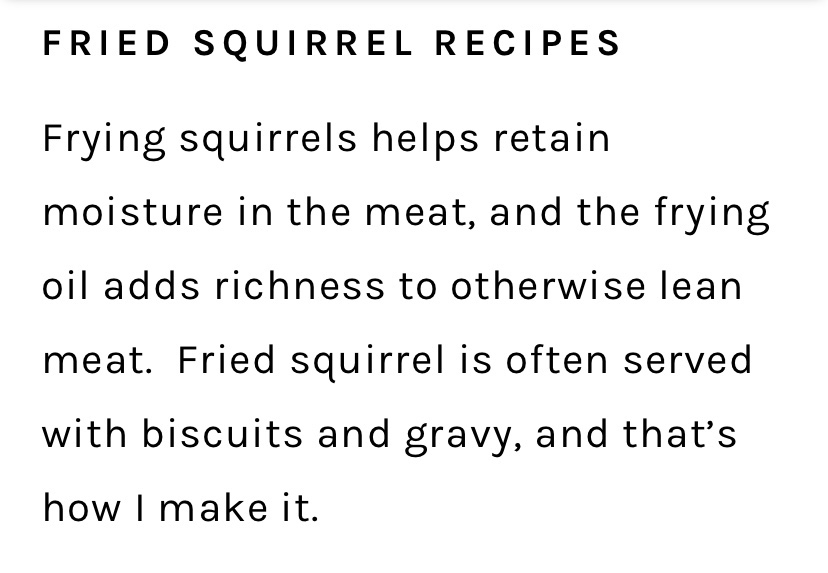 Now I love me some biscuits and gravy… but no. 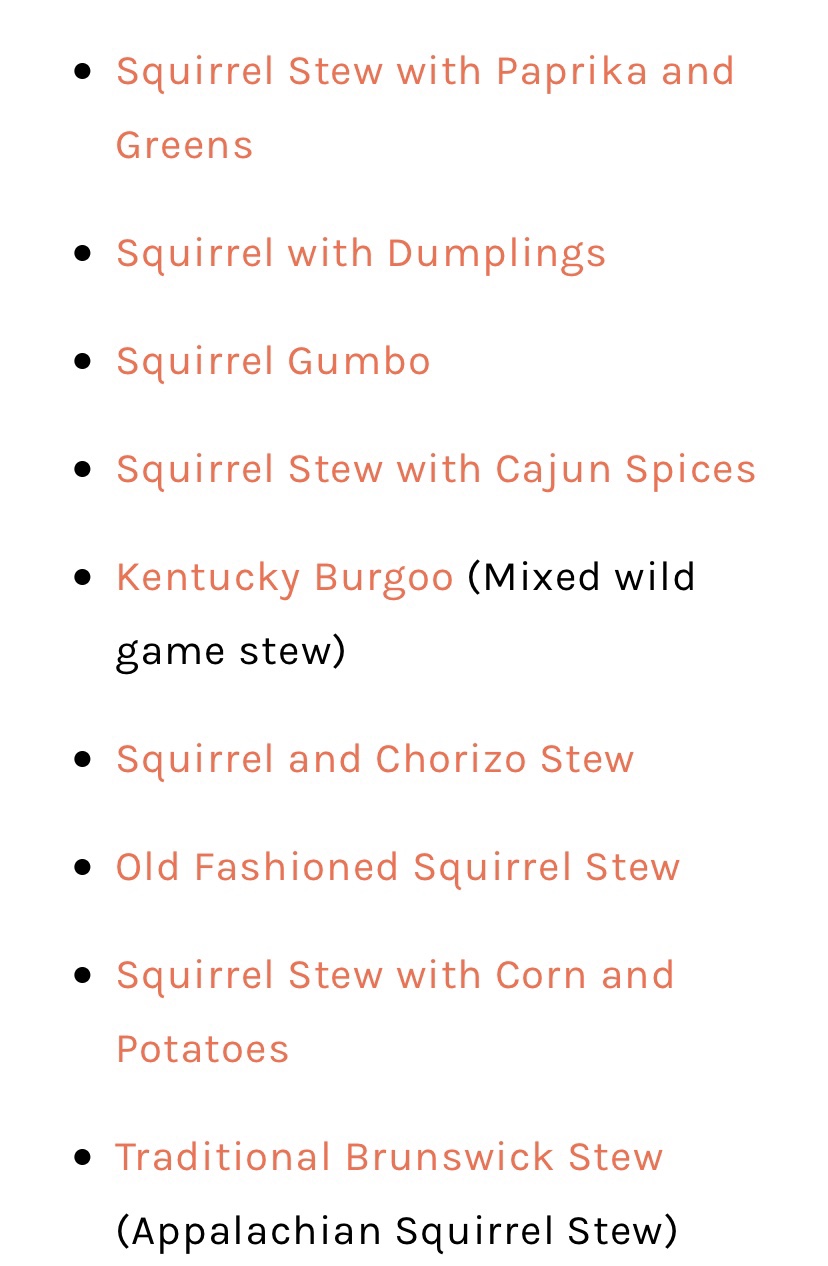 And though I’ve been known to make a mean gumbo…. again, no. 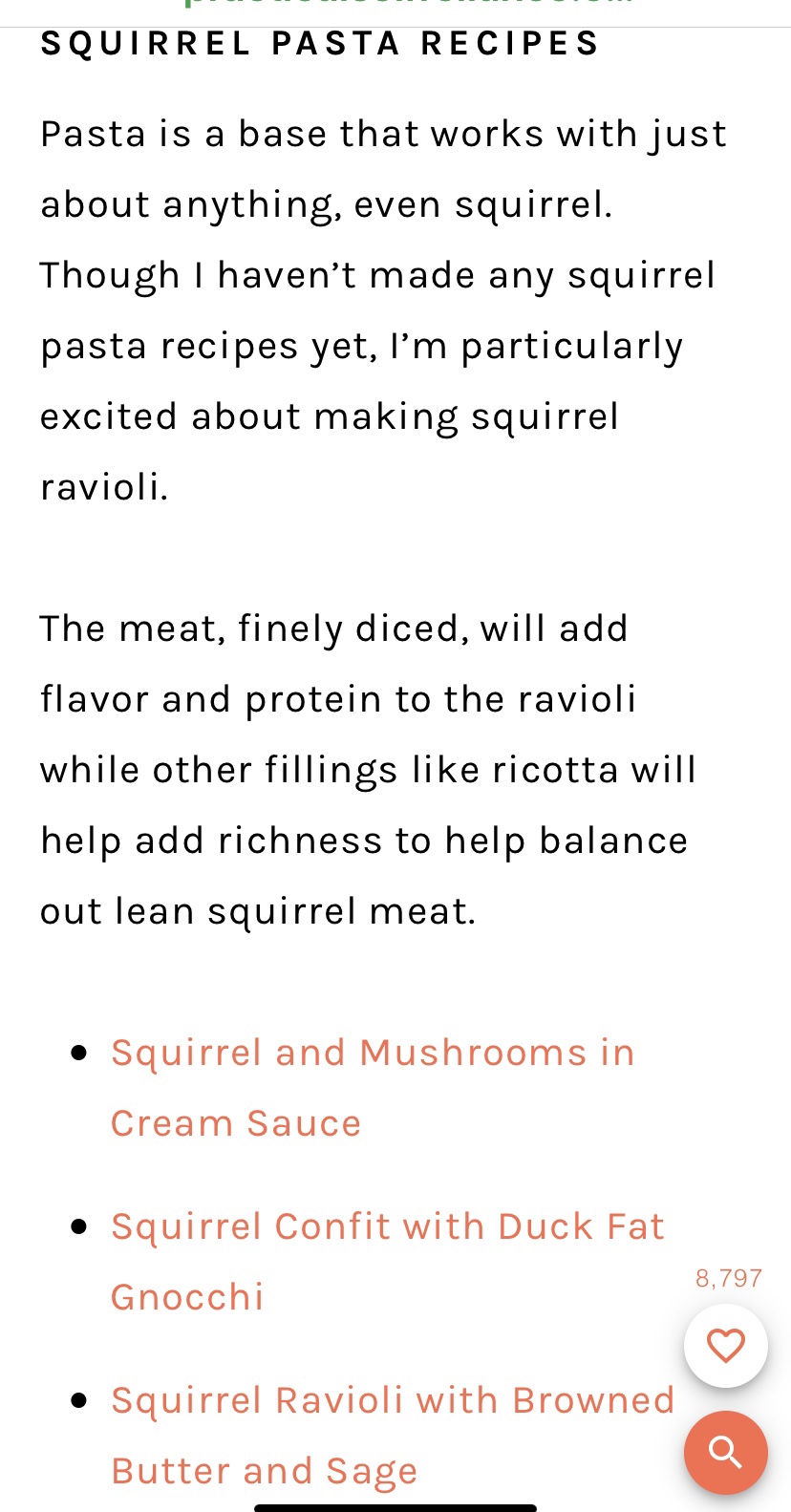 Squirrel ravioli? Can’t quite wrap my mind around that. 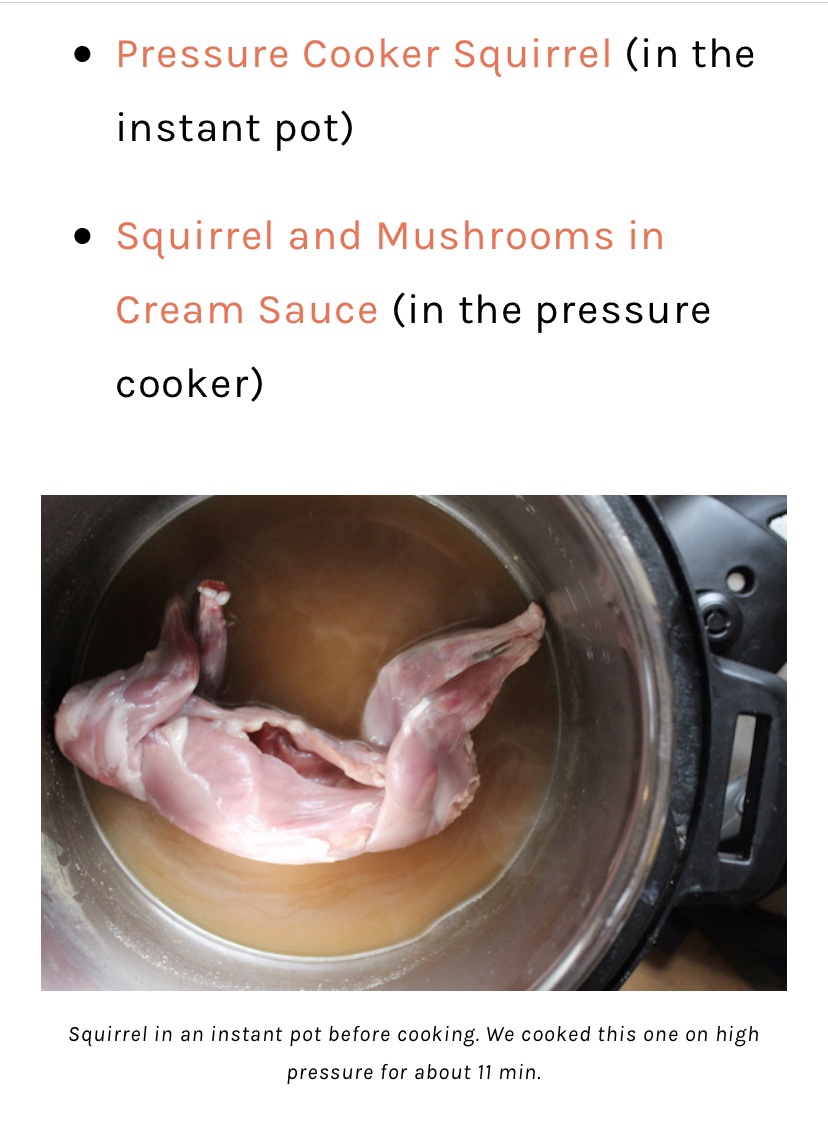 While I admit they annoy me to no end, that image is a trifle disturbing. 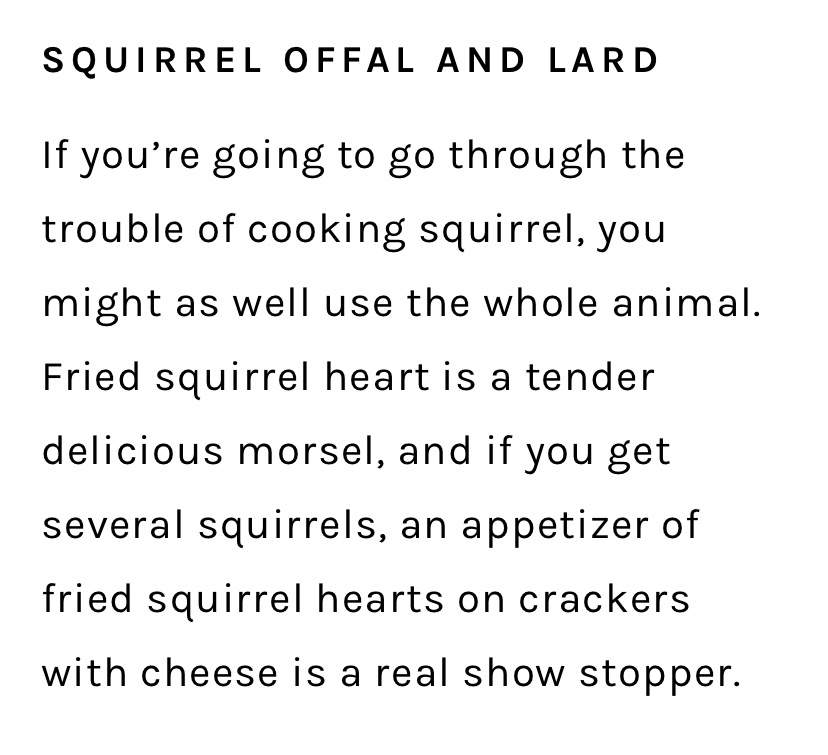 Fried squirrel heart on crackers with cheese? You don’t see that on many appetizer trays. 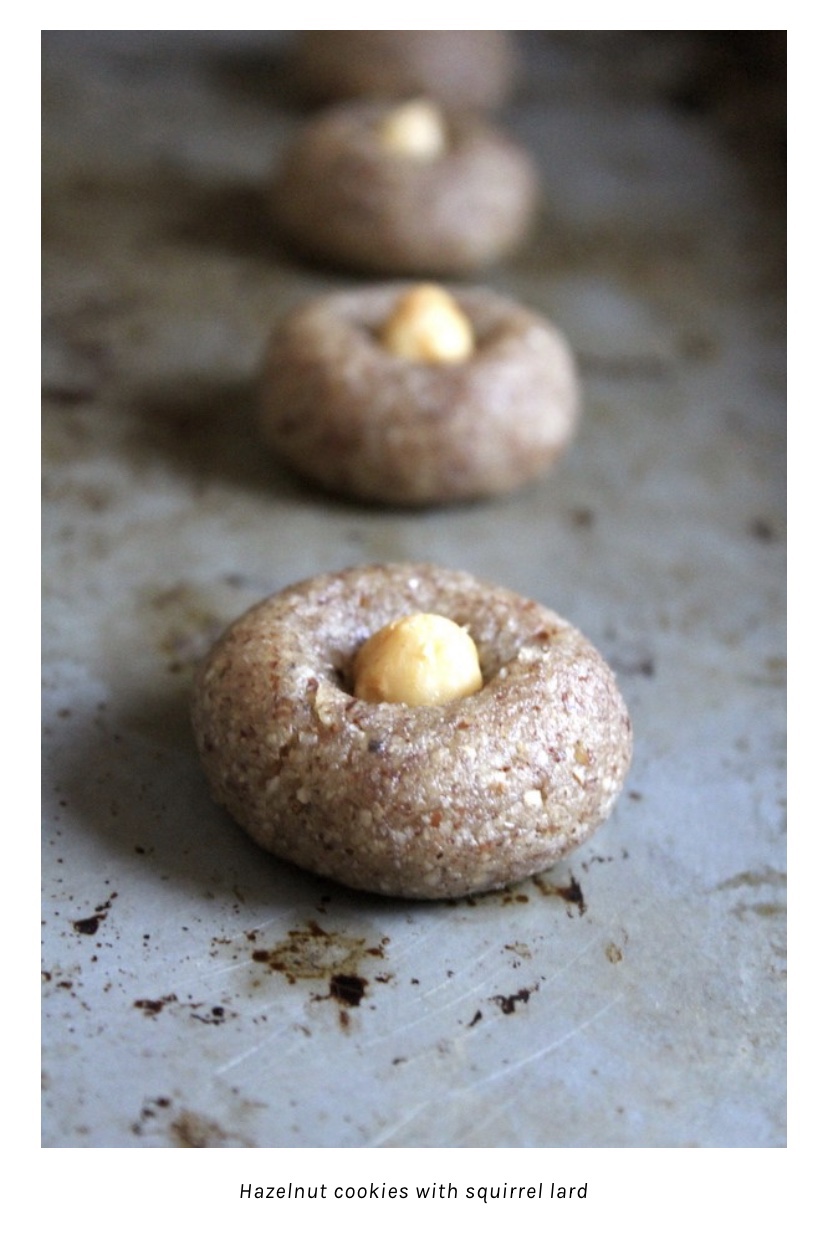 Is it me…. or do they look like little nut topped turds? 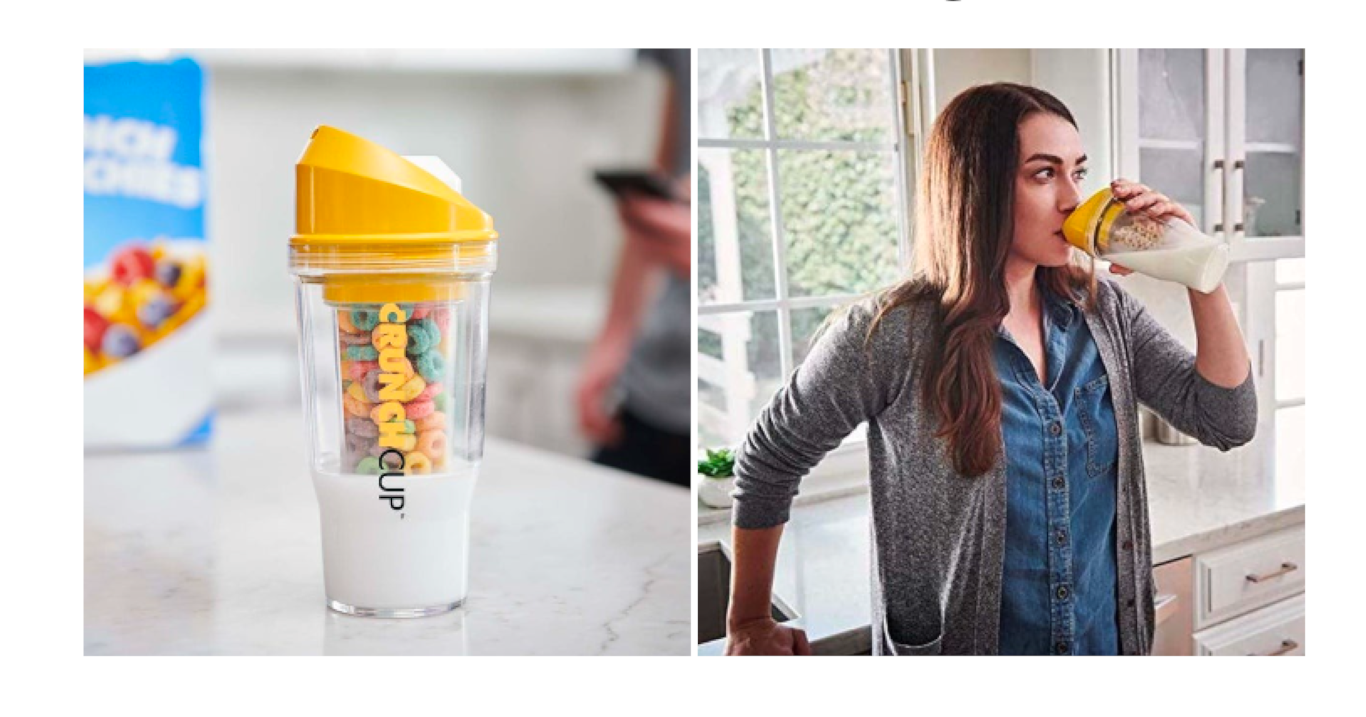 The Crunch Cup. So you can drink your morning cereal… 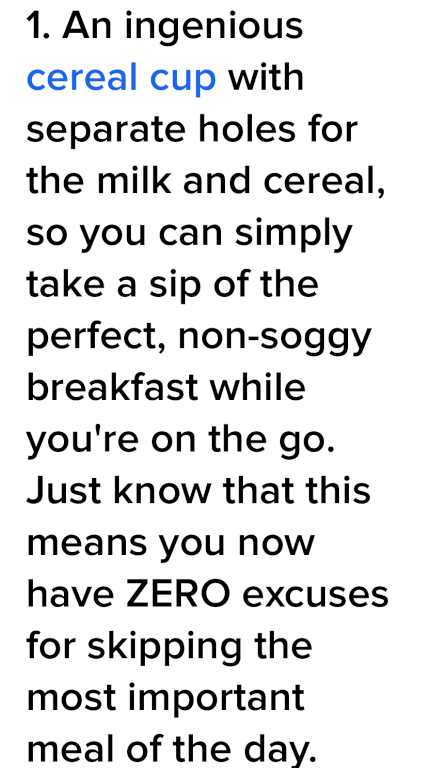 Most important meal of the day? Maybe.

But you should know my husband’s cardiologist (the top rated man at the largest and best hospital in our state) said breakfast cereal is a top contributor to obesity and diabetes in this country. He won’t even allow it in his house.

So no cereal sippy cups for us. 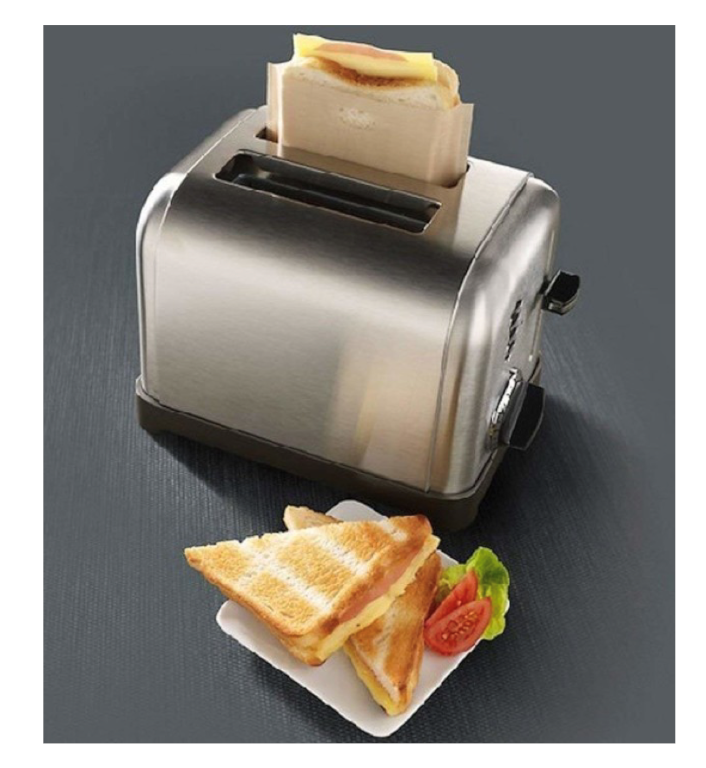 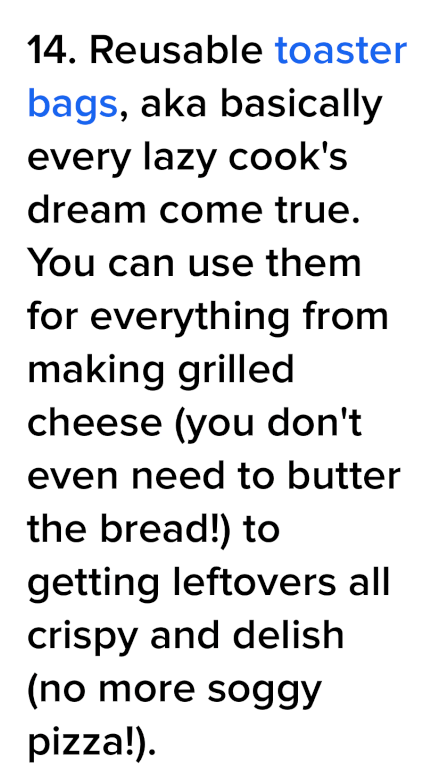 Now I don’t know about you, but the day I’m too lazy to butter my bread?

I’ll just hang it up for good and take to my bed with a case of Patron. 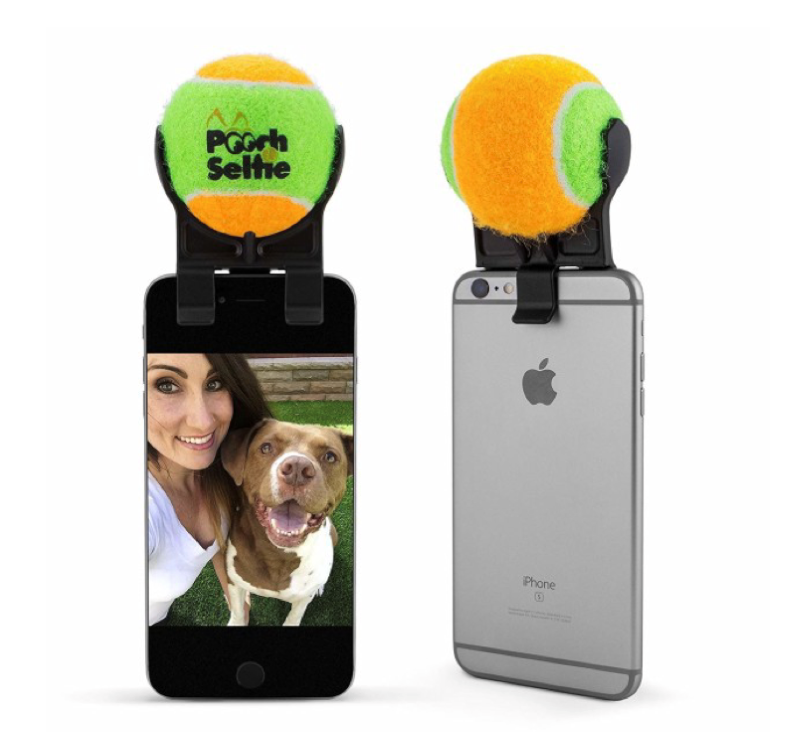 No, this is not an iPhone ball delivery system for playing catch with Fido. 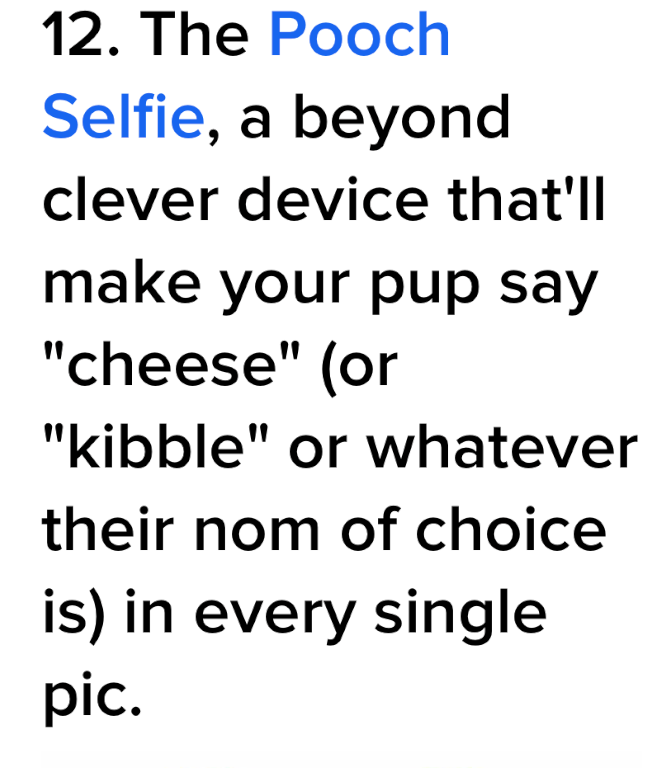 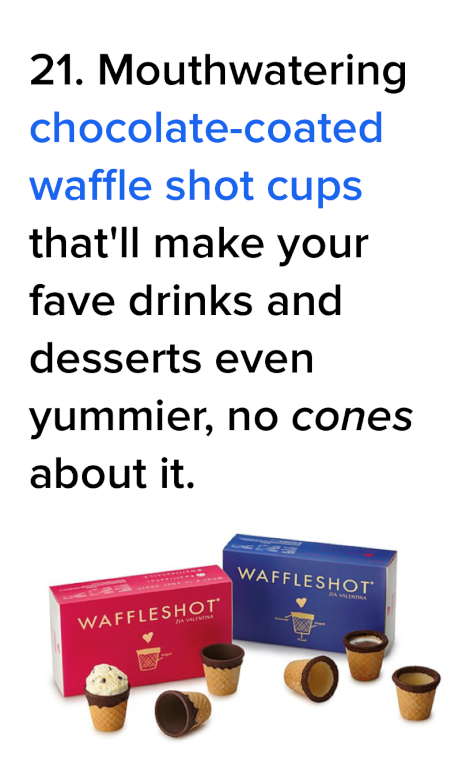 Okay…. I can almost see the attraction here. 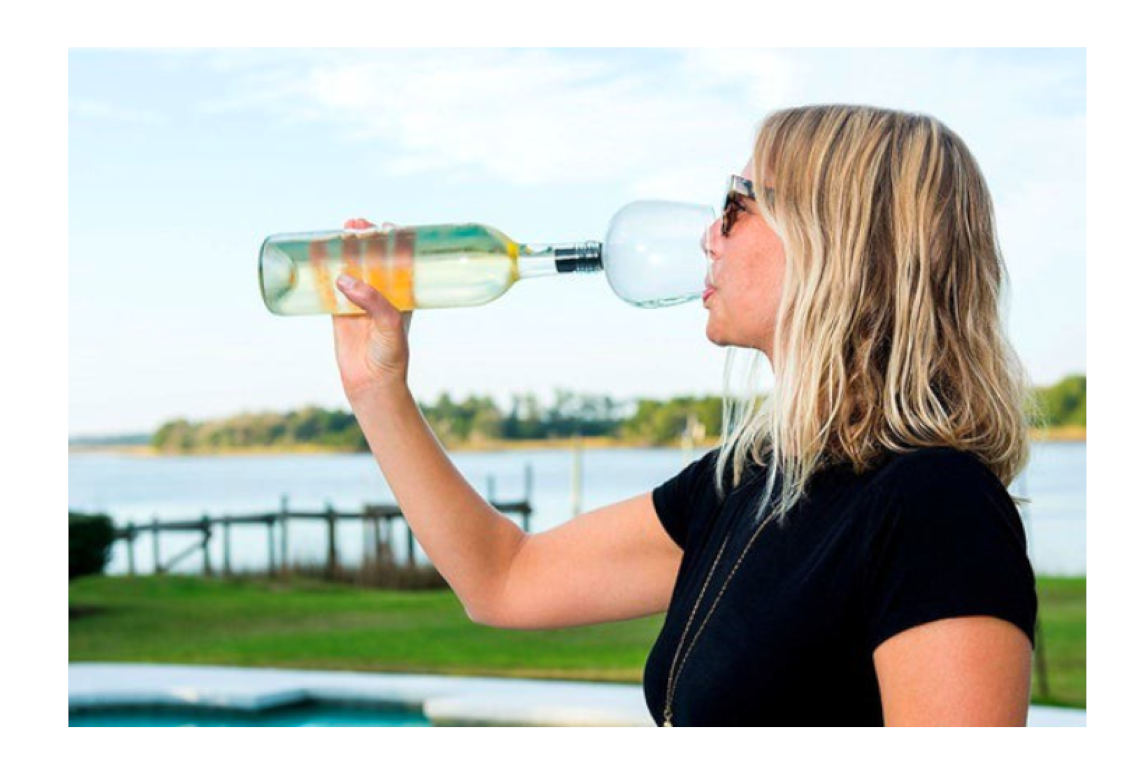 And while this may look a little odd? 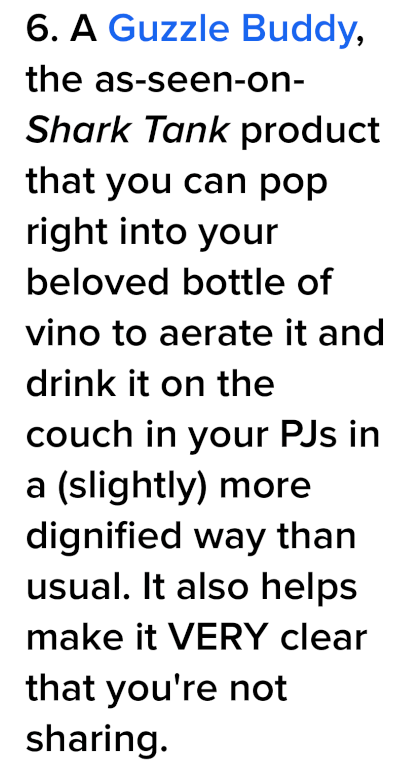 The Guzzle Buddy has my name written all over it. 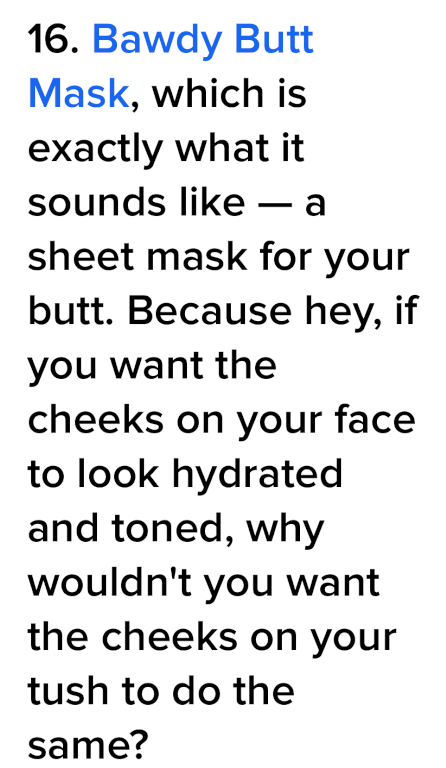 This is a bridge too far. 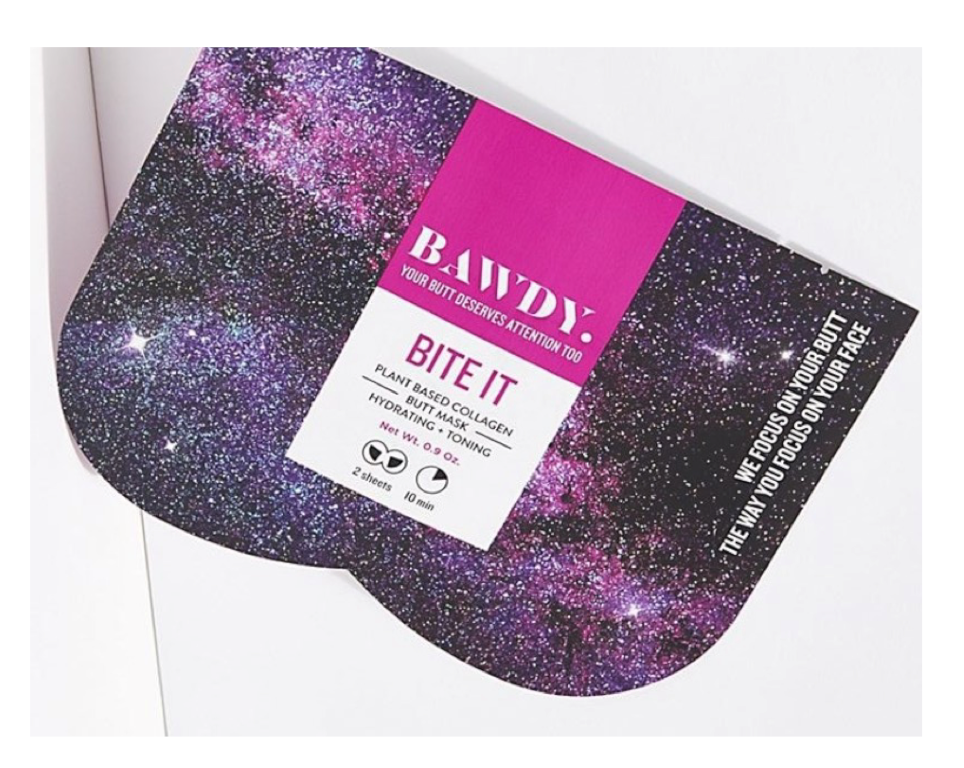 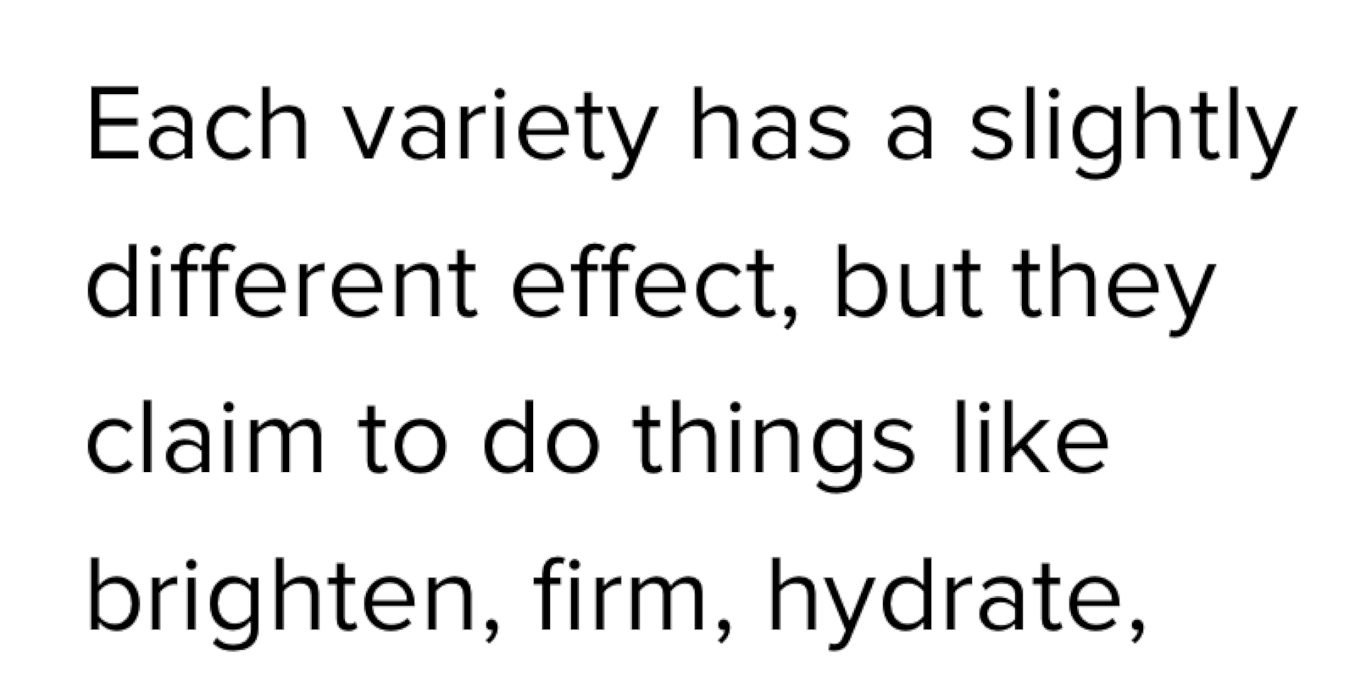 I don’t know about you?

But a hydrated ass is the least of my worries right now.