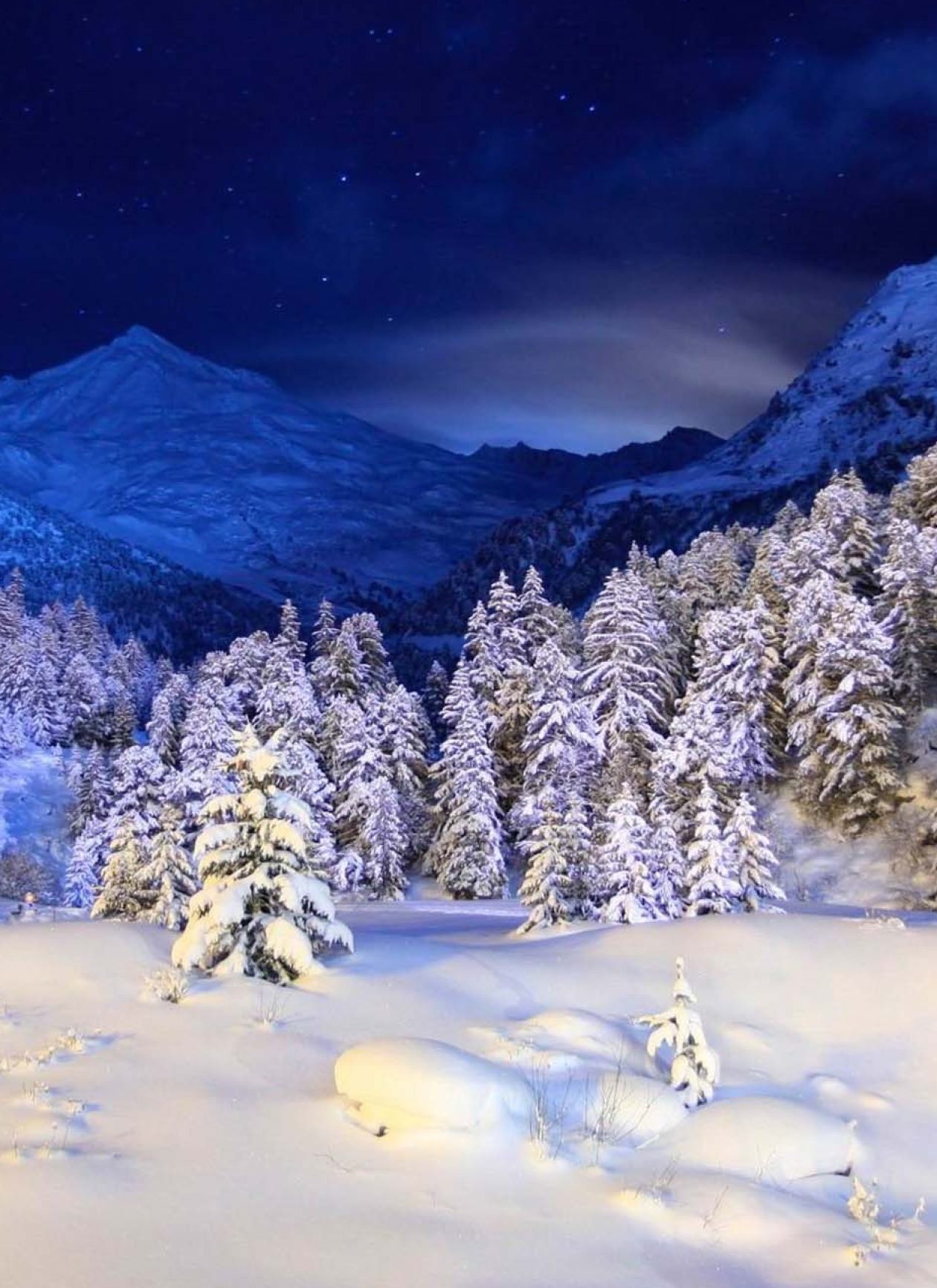 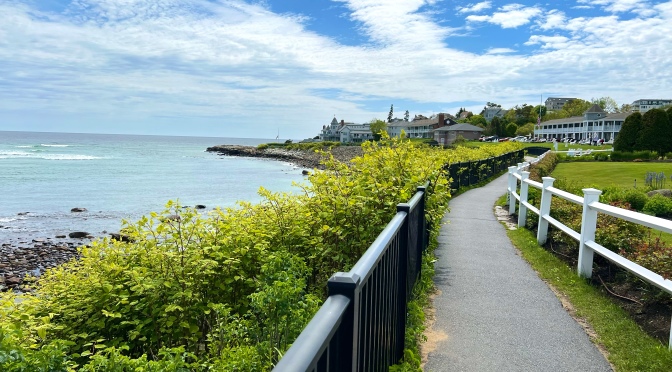 Make sure it’s the Ogunquit Cliff Walk. There’s no better way to leisurely experience the Maine coast and you’ll get some exercise to boot. A definite win win.

The 1.25 mile walk starts alongside a waterfront hotel with pristine fencing and gardens.

Turn the corner, and the Atlantic Ocean beckons.

Maine isn’t known for large resorts, we’re more of a bed and breakfast state, but the Anchorage By the Sea is well named.

You can’t get much closer to the ocean than that.

Most of Maine’s beaches are rocky, but Wells… the neighboring town… has plenty of sand.

The Cliff Walk is fully paved and easy to traverse…. and did I mention there are rocks?

When you marry a billy goat like my husband, rocks are never left unexplored.

I can’t say enough good things about the beauty of this place and it’s hardly a surprise Ogunquit was an artist colony at the turn of the 20th century.

Nature is a wonderous thing…. but sometimes she struggles to survive.

Shame we need to be reminded of that…

After two years of Covid inactivity and a year and a half of dealing with a painful knee injury? No amount of exercise is going to bring my butt back to life. Take it out back and bury it, it’s done.

Damn. That’s a bonus check I could totally get behind.

Any guesses what is?

And finally, in this crazy world where everything is out to get you… mercury in tuna fish, lead in drinking water, E. coli on lettuce… I have to admit I never saw this one coming. 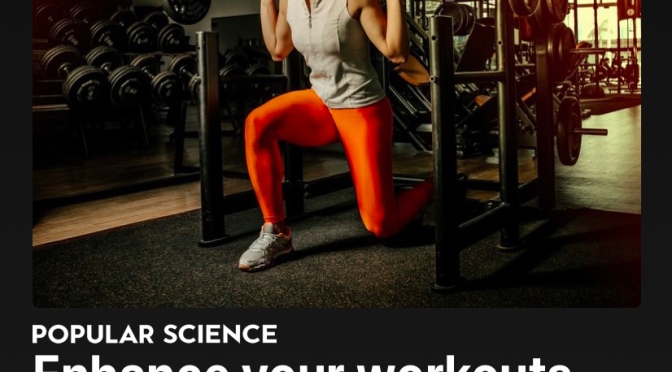 Invisible exercise is my favorite kind! Yes, I did 100 sit ups and 75 squats… didn’t you see me?

I saw this on my town’s Facebook page and must investigate further. There are emus in the vicinity? Why was I not informed!

Traumatize children and ruin Easter in one easy step. Yikes!

I’m not sure a photograph was an entirely necessary accompaniment to this headline, but what has been seen cannot be unseen.

But this is the most action our treadmill has seen in months…. 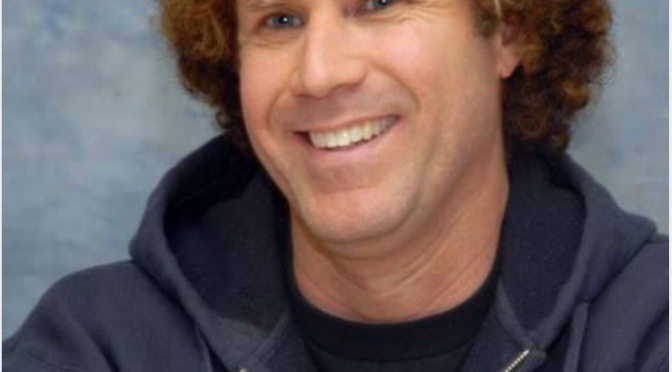 More words from the year of my birth. 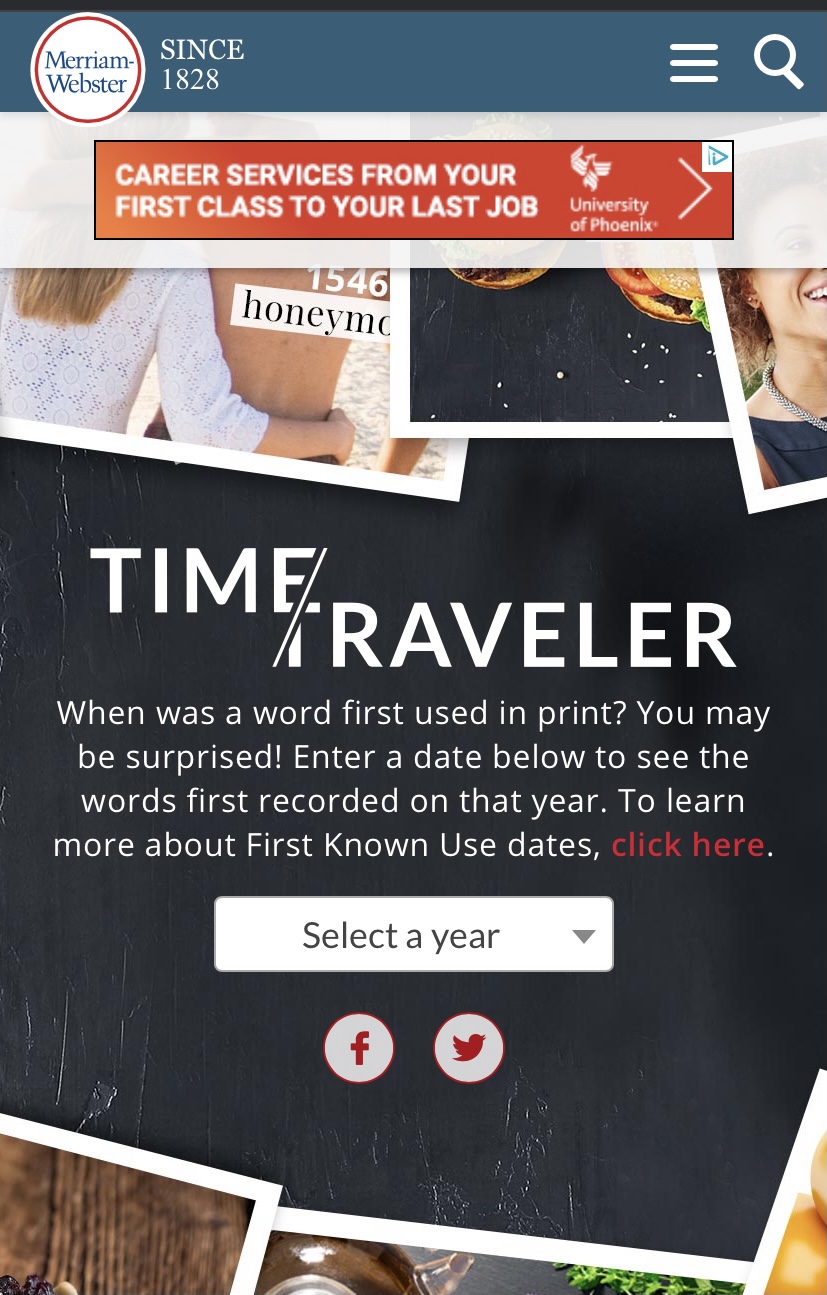 Clearly I was born in a strange year. 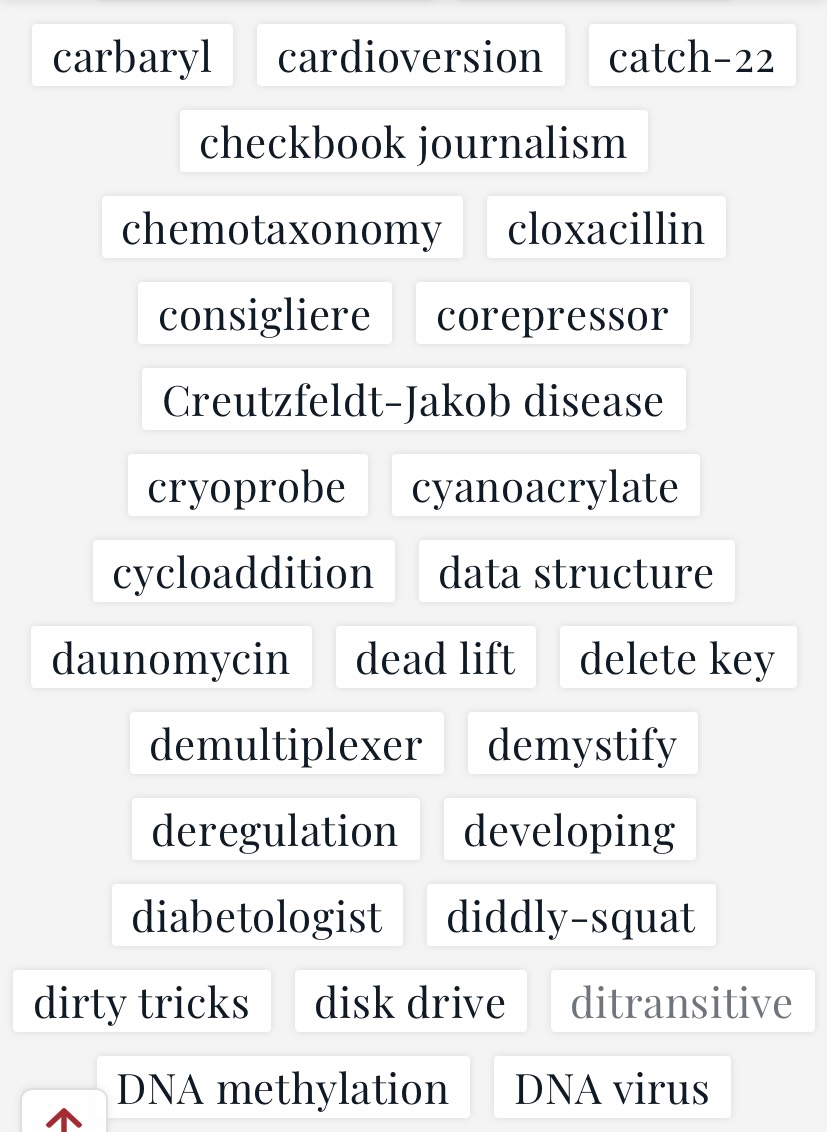 ‘Leave the gun, take the cannoli’ Best movie quote… ever.

I don’t know what it’s used for, but my sphincter is tightening just thinking about it.

Delete key. Now we’re talking! I’ve been correcting my husband’s reports and letters for 37 years… it is my very favorite button. 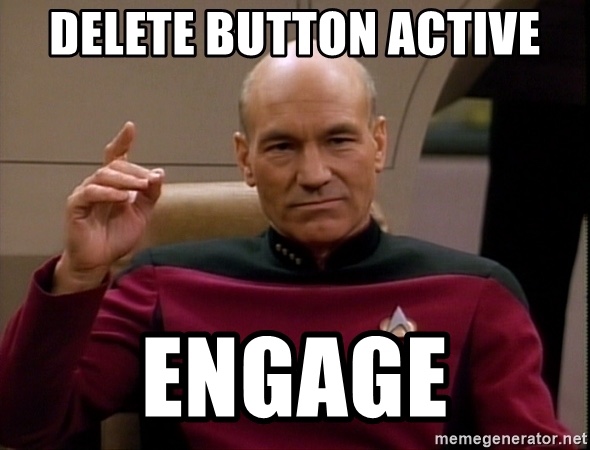 Diddly squat. A strange turn of phrase if ever there was one. 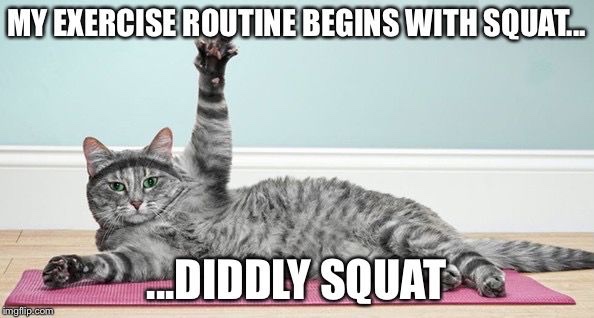 The first one supposedly has merit in the fact that you won’t have to touch strange doors. 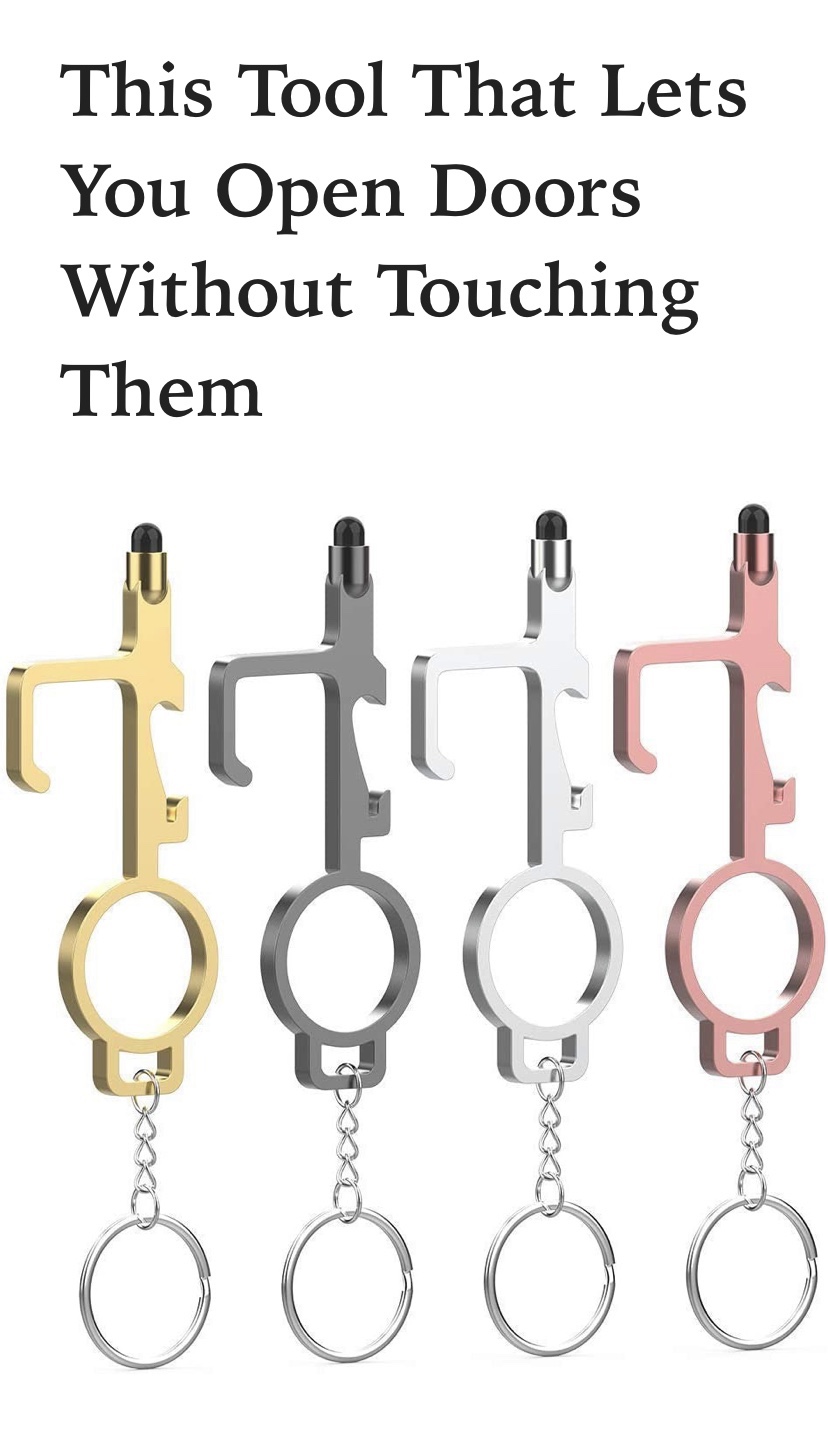 Unfortunately, (or fortunately depending on your point of view) it also looks like a kinky sex toy.

Next is an electric wine aerator. 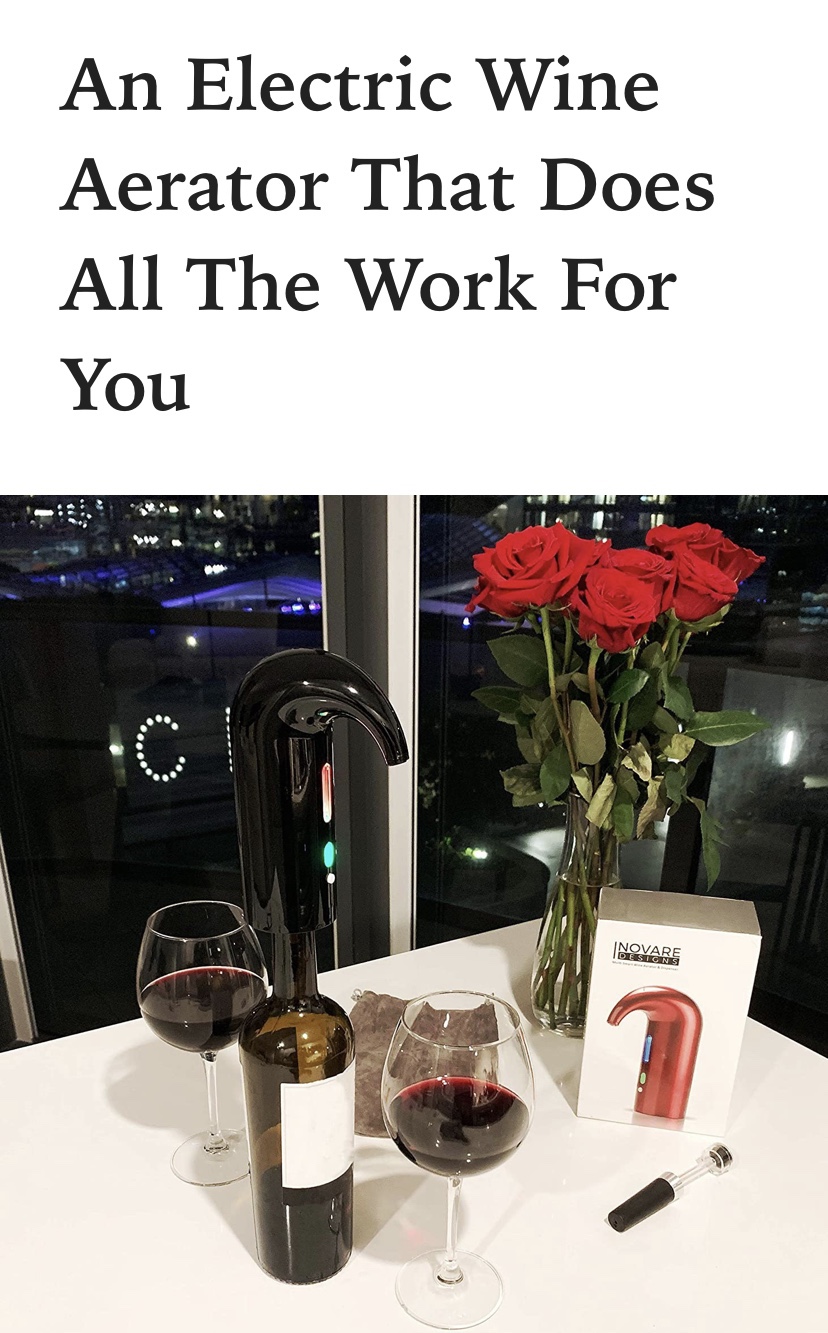 Because Covid has us all at the end of our ropes and we don’t have enough patience left to let our reds breathe on their own. 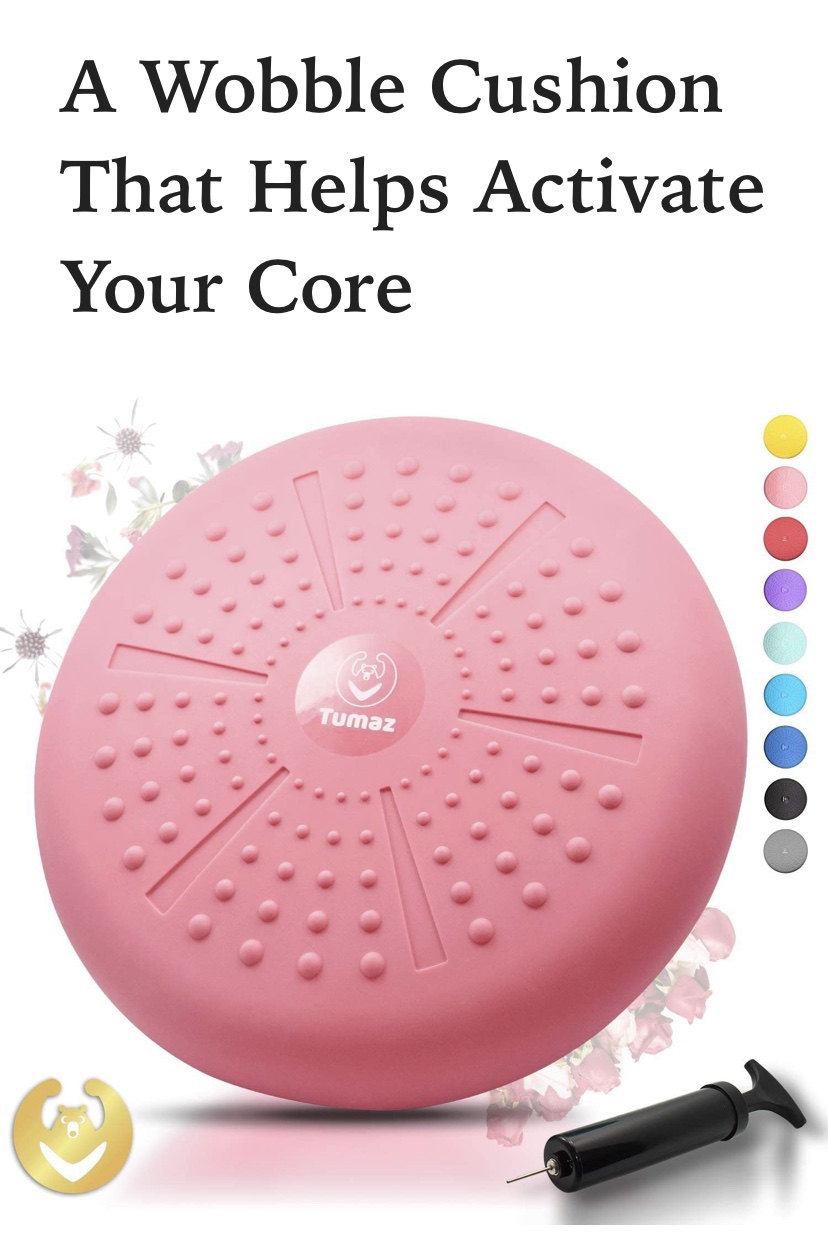 A wobble cushion to activate my core?

Isn’t that what husbands are for? 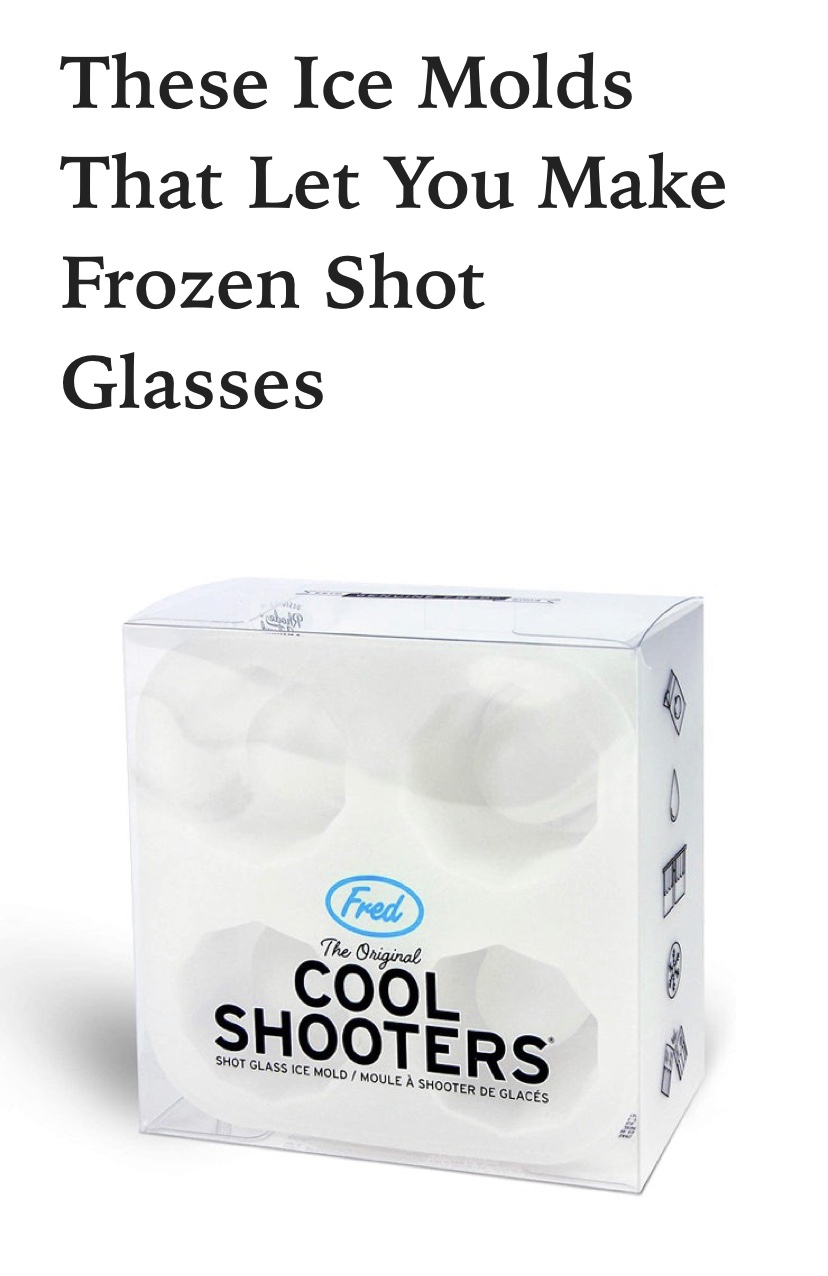 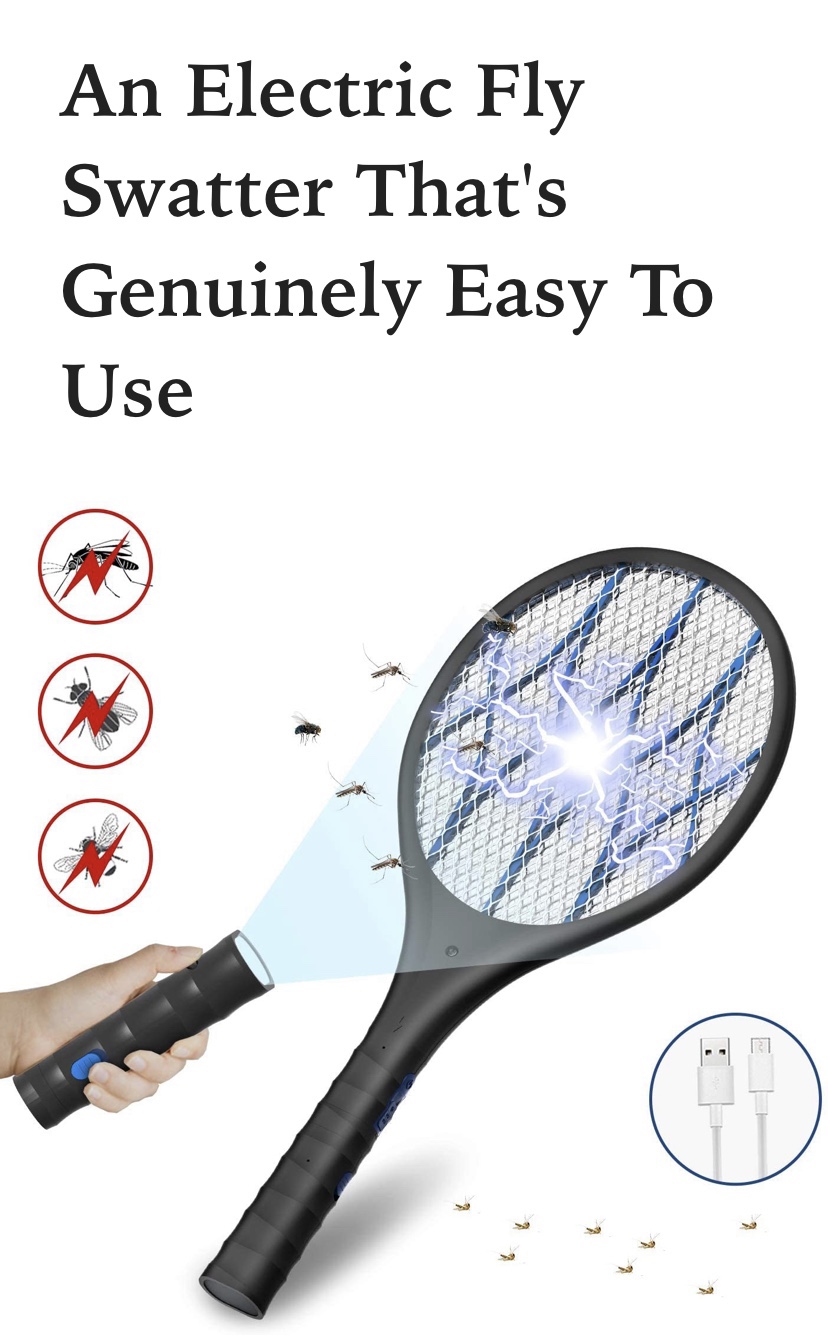 I don’t bore easily and can’t see the need for one of these…. but our friends had one at their lakefront camp last year and said it was a riot.

Ya know, if frying insect life to a crisp is your thing. 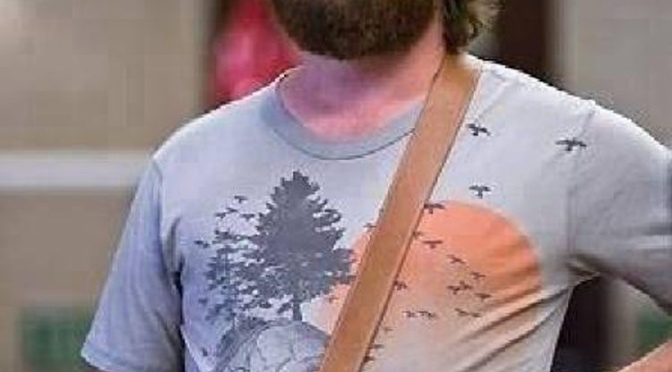 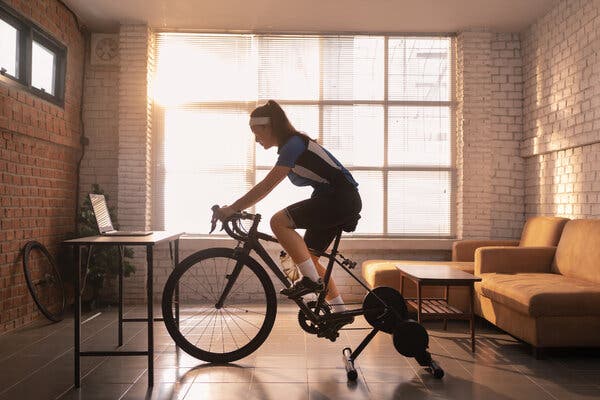 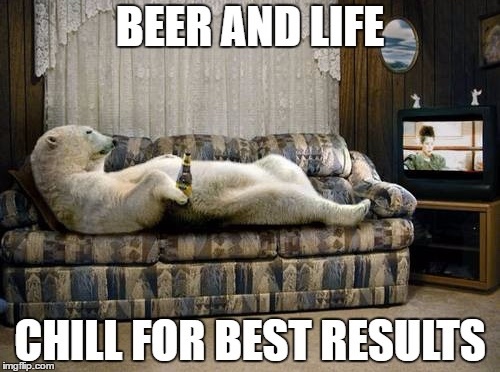 You know the drill… if you’re a business blog and are trying to sell me something? You’re history.

This goes for the slew of robotic self help sites as well. I’m as good as I’m ever going to get. I’ve accepted that… they should as well.

So yes, I zapped a yoga promoting site that followed me recently… but not before I checked out their page. 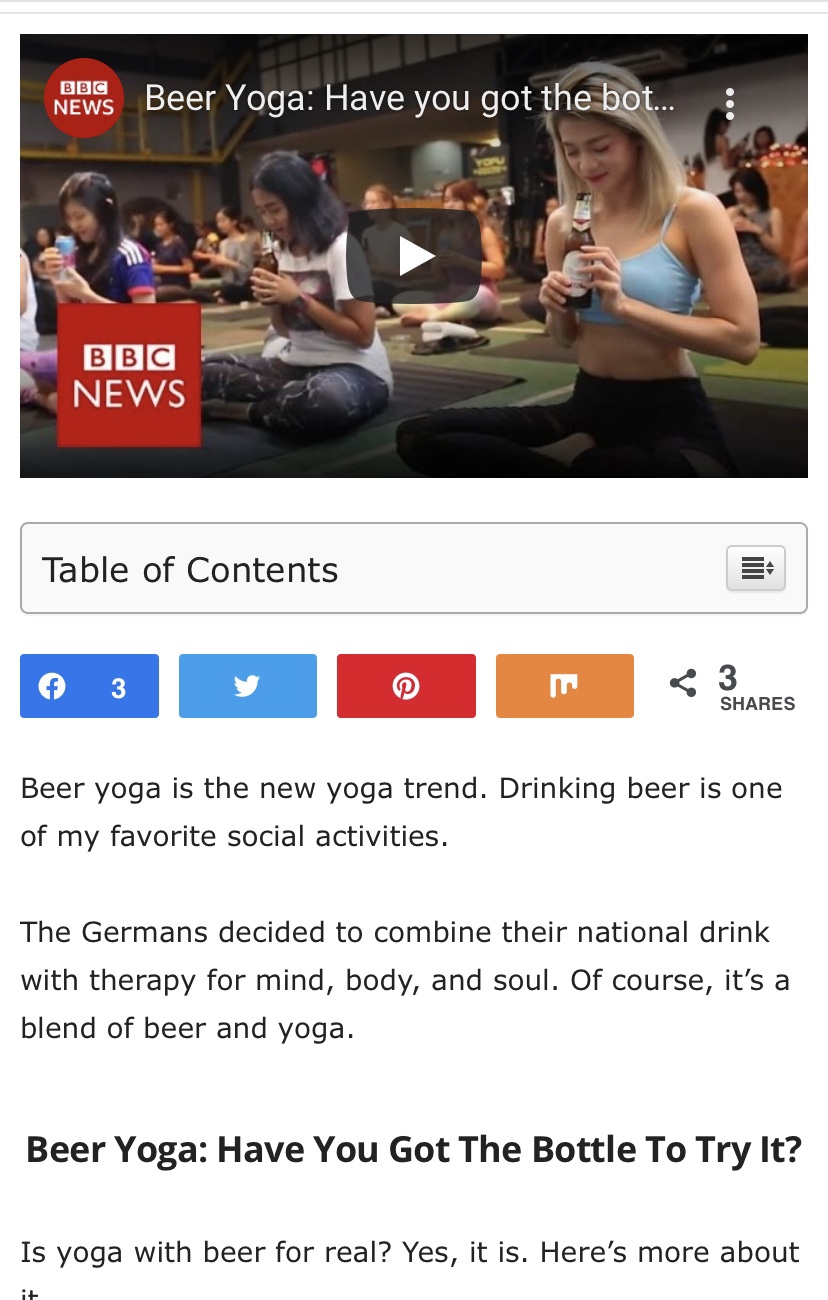 Yoga? No thanks. The days of twisting my body into a pretzel are long gone. The husband isn’t happy about that either…. but what are ya gonna do?

But beer? There’s an exercise routine I fully support. 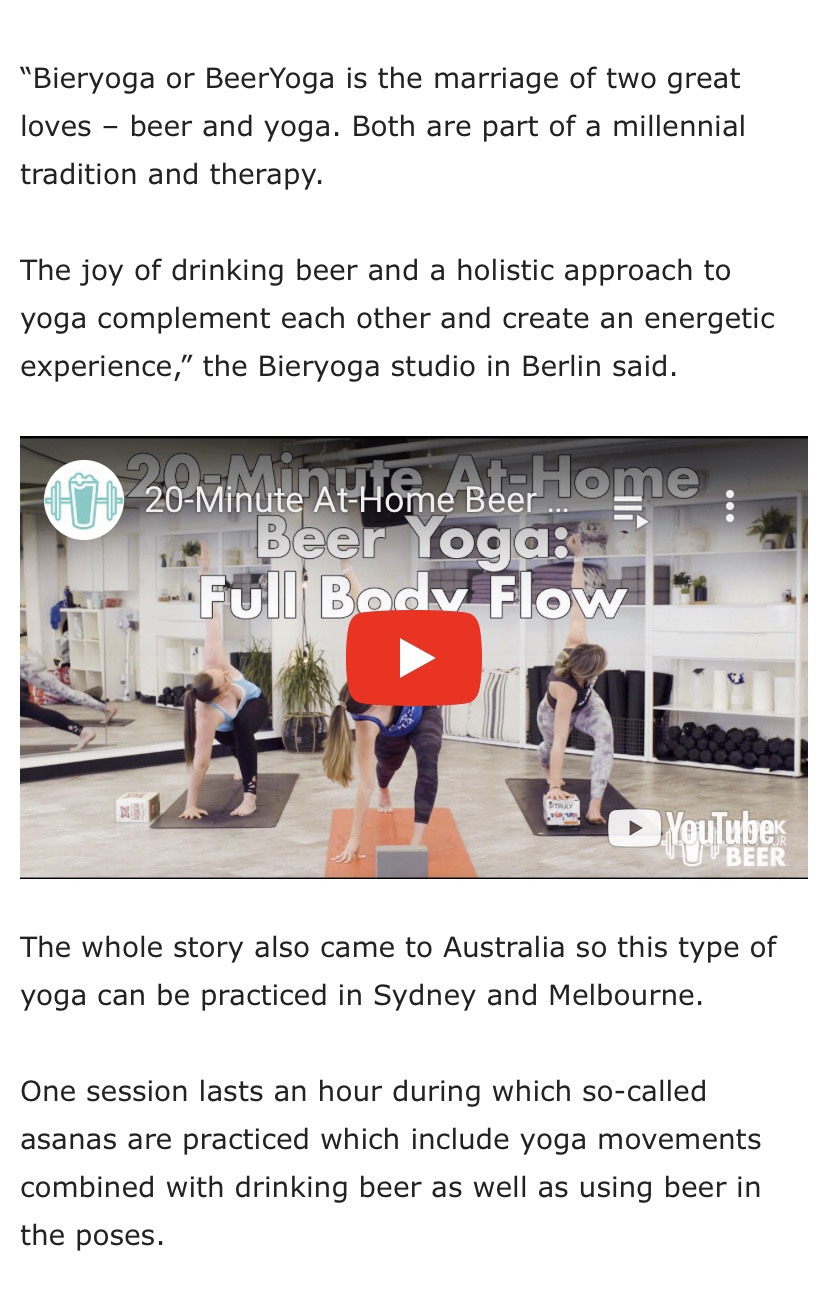 Drinking beer and posing? Heck, I’ve been doing that for years! 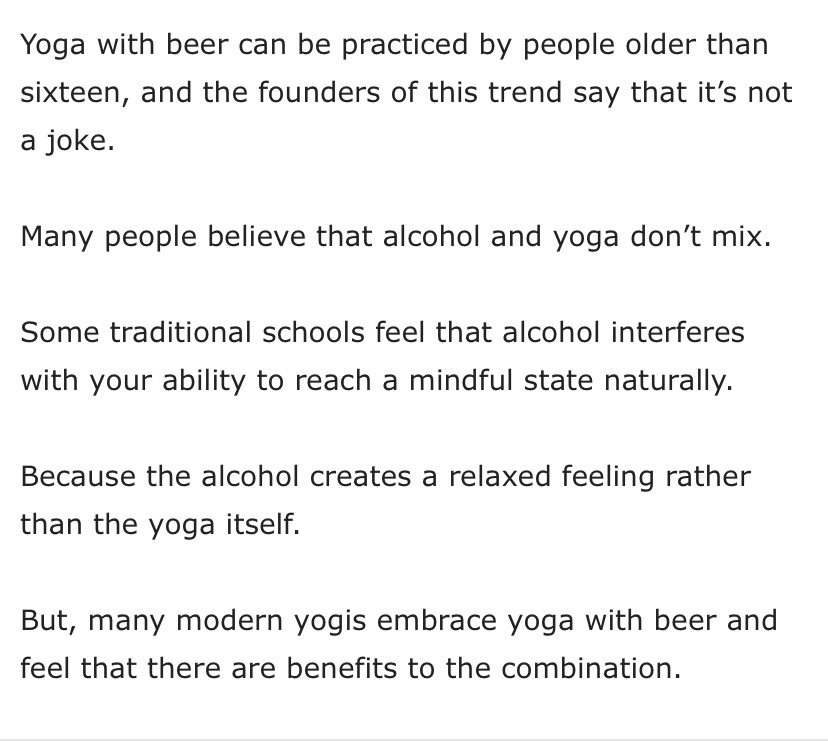 I always figured it went with everything. But yoga?

An exercise routine I can honestly say I would stick with. 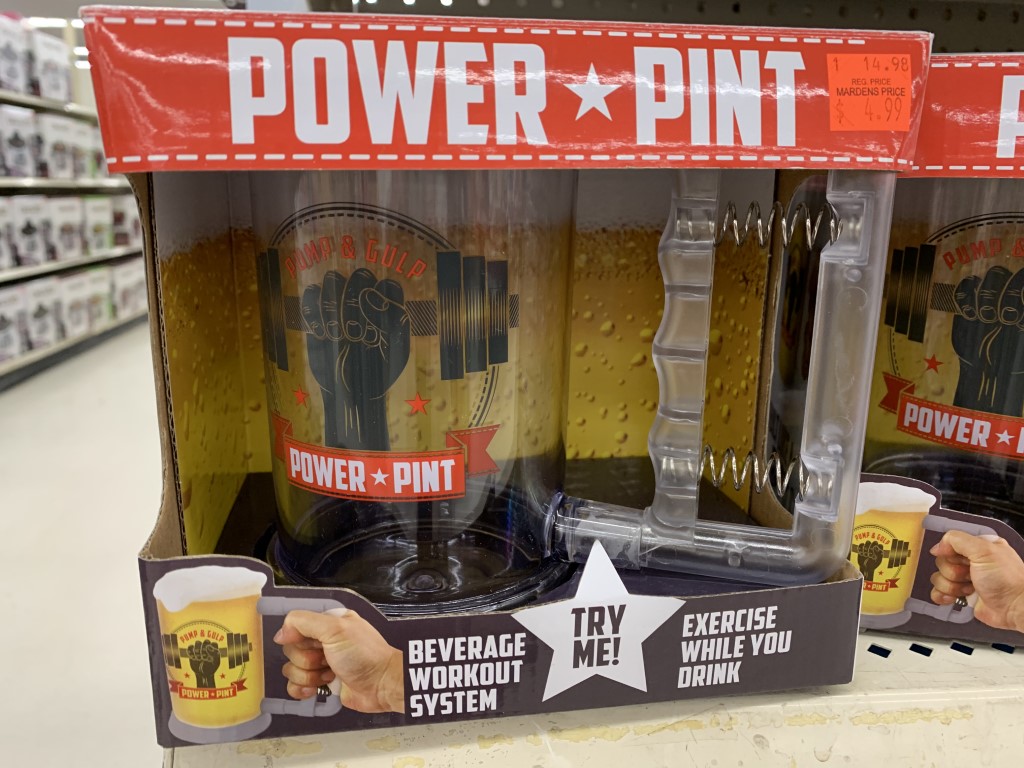 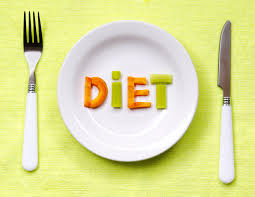 But the time has come.

Entering my 50’s, a hysterectomy forced menopause and long Maine winters have taken their toll and I swear I don’t even recognize myself when I look in a full length mirror.

Bacon may have had a little something to do with it. 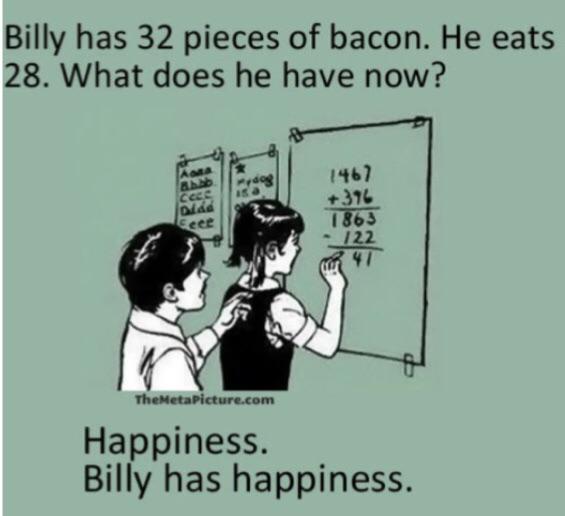 I’ve given up bacon, and cheese, and gravy, and bread, and chocolate and all those other wonderful things that make life worth living. 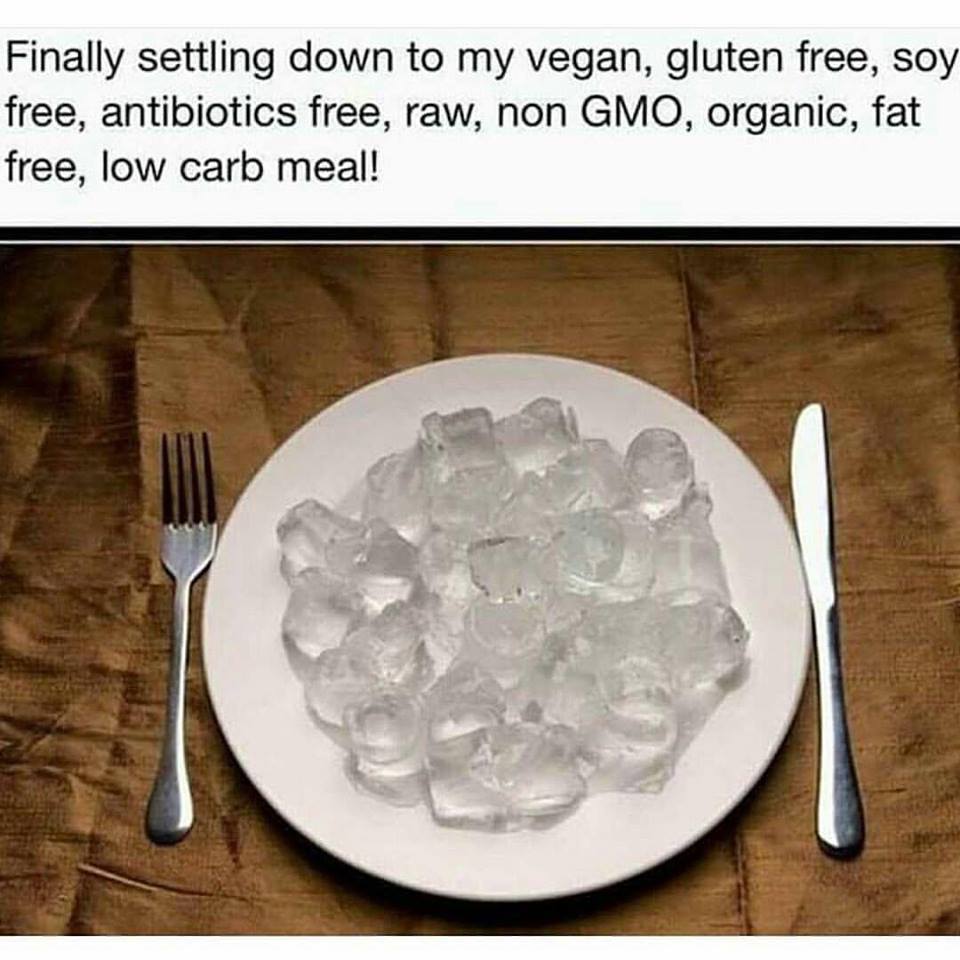 I’m back on the treadmill for 2 or 3 sessions a day…. panting, sweating and realizing how horribly out of shape I’ve become.

And believe me when I say I hate exercising. 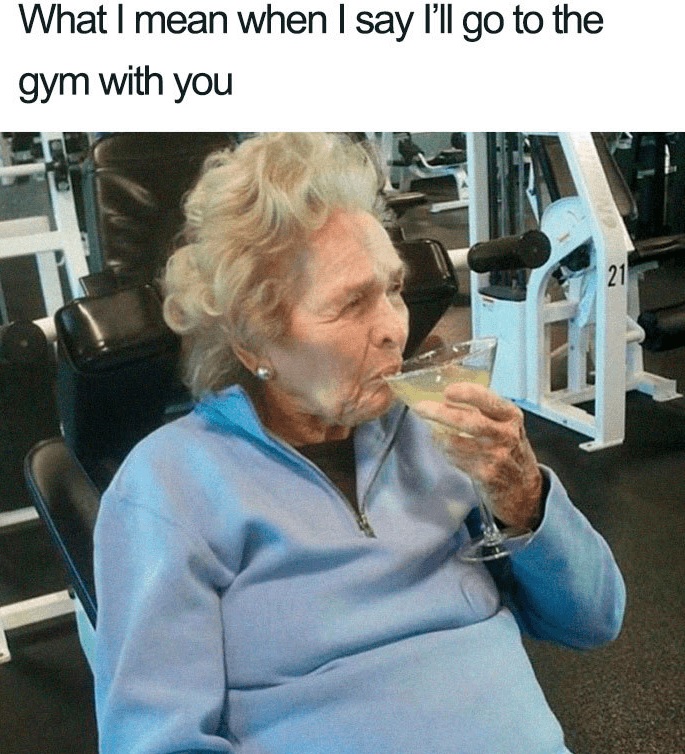 I’m not enjoying the process, but I’m down 14 lbs…. and that’s rewarding.

What’s not rewarding is that I can’t even tell the difference. And that, my friends…. is a sure sign you’re overweight.

I mean damn… shouldn’t my clothes be falling off me by now?

It’s been 5 weeks of abstinence…

(No, not that kind. I’m overweight, not crazy.)

In a perfect world, I lose another 30lbs. But I’m not holding my breath for miracles. The older we get, the harder it is to lose and at this point I’d be happy to just fit into some of my old clothes again.

So, give a girl a hand. If you have any dieting tips or tricks? I’m all ears…

actual footage of my treadmill motivation