Glazed donut popcorn! A day late and a donut short, that’s me.

As you know, Lord Dudley Mountcatten likes to look out the laundry room window. And since his Royal personage (catonage?) must be kept comfortable at all times….

His human slave has attached a soft towel to cushion the Royal butt.

That looks says he would have preferred velvet.

No reason for that, it just made me laugh.

I include this because it is a running bone of contention in Casa River. I never answer the phone if I don’t recognize the number. Ever! The husband on the other hand, can’t stand the thought of missing something important… you know, like car warranty extensions or Rachel from Card Holder Services. I repeatedly tell him the more he answers, the more junk calls we’ll receive but he never believes me. Hence the photo of the number one thing you should do to avoid phone spam.

Lord Dudley Mountcatten has a new octopus toy, which his mother put on his head in a feeble attempt to take his picture with a hat.

His Lordship was not amused.

Can someone please explain what frog logs taste like…

And why anyone would want to find out?

This completely cracked me up, because it’s true. I’ve waged war with that cursed masher for years.

I’m going with the latter.

A friend of ours crossed something off her bucket list recently…. and while I was happy she was fulfilling a lifelong dream, I did make one small request.

Take pictures of the hats!

Because when you go to the Kentucky Derby? There are lots of fabulous hats. Sadly my friend had a few too many mint juleps and only shared three hat photos. (Bad friend. Bad!)

But at least the last one was a doozy.

Pardon me while I snicker and include an anti-Brady Derby pic as well.

More likely the poster has a Budweiser disorder.

I’m not sure what Doug did to rate a shout out, but I’ll go with it.

Damn. All I have under my bed is dust bunnies… where’s the fun in that?

Here’s a random photo of ducks that were for sale at our local hardware store. I’m always tempted to bring home a few when the husband sends me up there for screws.

Now there’s a platform no one can argue with.

You do, you really do.

Does anyone know where I can score one of those beauties?

I walked by my window the other day and had to do a double take.

Across the road on our neighbor’s organic vegetable farm, the seasonal workers were weeding a garden patch. Most summers there are Mexican field hands, but because of the new immigration policies of He Who Will Remain Nameless… this year the workers are Jamaican.

Now, I’ve never been to Jamaica.

But I’m going to go out on a limb here…

And say this isn’t their new fashion trend.

Yes, that is what you think it is. 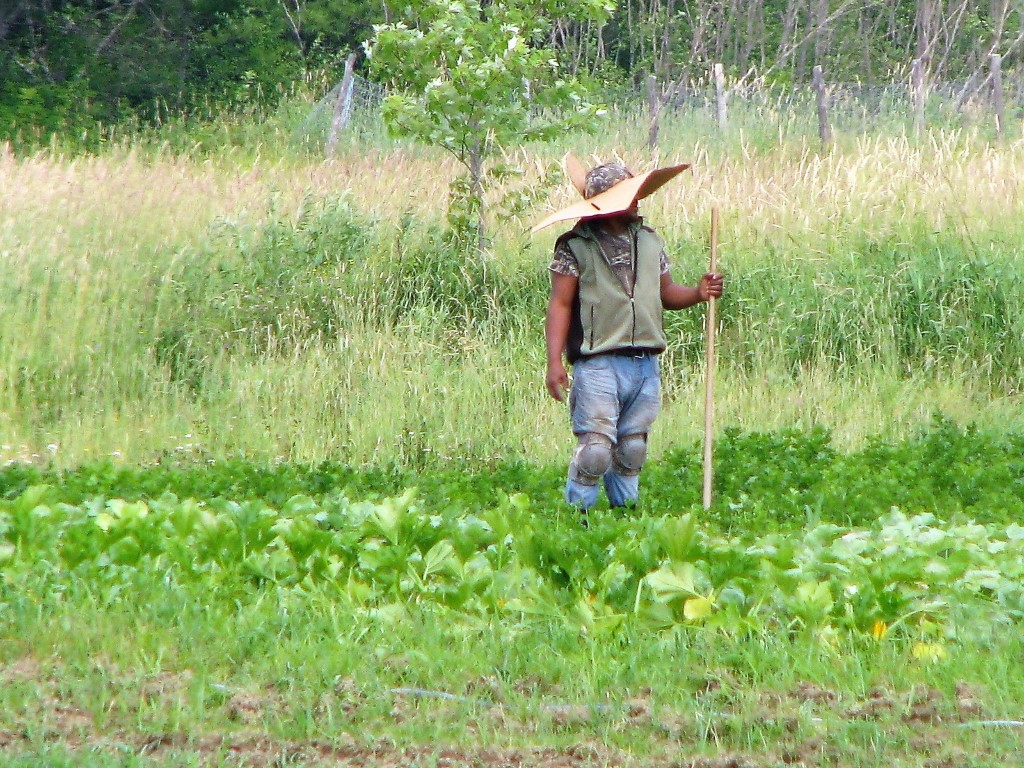 With a hole in the middle for your head.

I particularly like the fact that he flipped up the cut out hole section.. and left it there. Like a pot lid.

Coming to a mall near you?

Remember… you saw it here first.