When you live in the country, the news is rarely exciting or dangerous. It is however filled with eggs.

Try as I might, I can not convince my husband we need a cow. Even a sweet, well deserving pregnant cow who will save us money on milk.

Fresh and free. You can’t beat that.

I’d be cooking them in this, because a T Rex breakfast is an excellent way to start the day.

Admit it, you want one.

This week’s headlines from my little corner of the world.

It’s duck season in Maine, so you can’t blame the poor bird for trying to find safe water.

Not being a fan of eggs, I refuse to give this pie the recognition they believe it deserves.

There you have it. A one of a kind chicken conveyance.

Keep grandma off the streets!

We have chicken neighbors, but the rude things never drop by.

As long as he brings Cretaceous sized Cadbury eggs….. 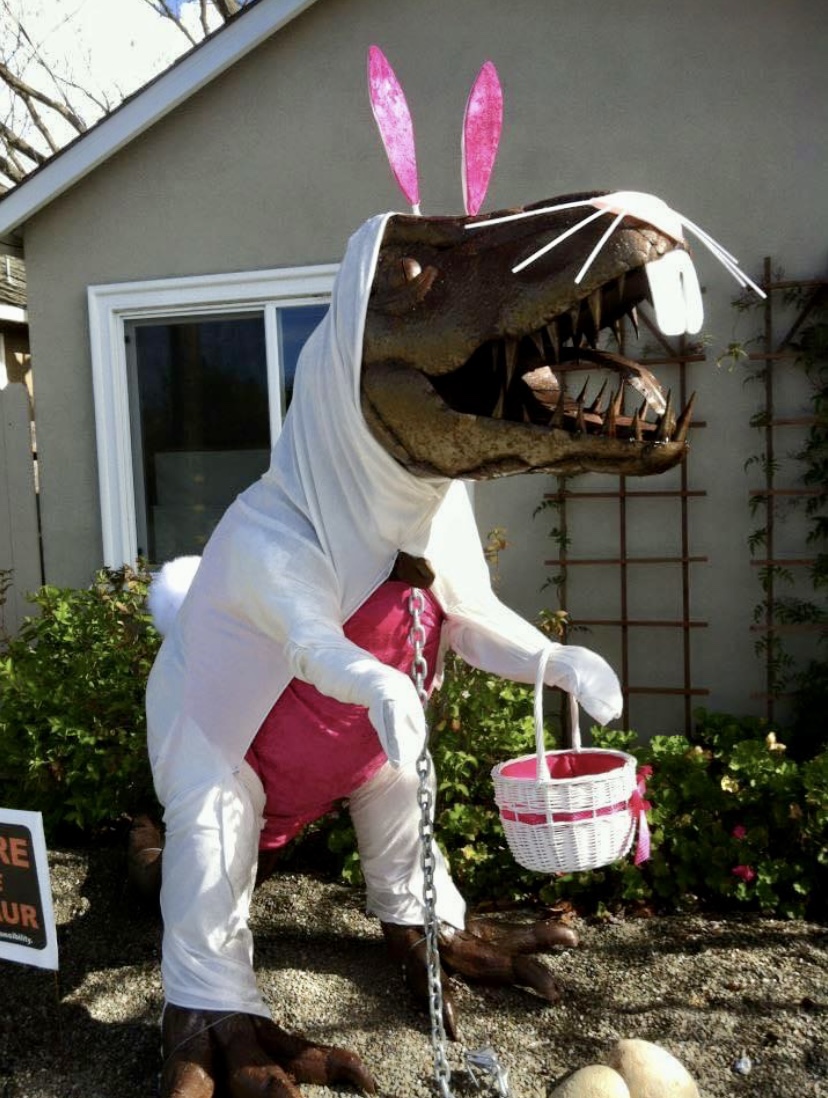 I’m fine with it.

Disclaimer: I am not an egg fan. I cook with them but have never found them the least bit appetizing…. so my take on these products might be slightly skewed.

While this one doesn’t gross me out per se…

They’re something about dropping a group of penguins in boiling water I just can’t get behind. 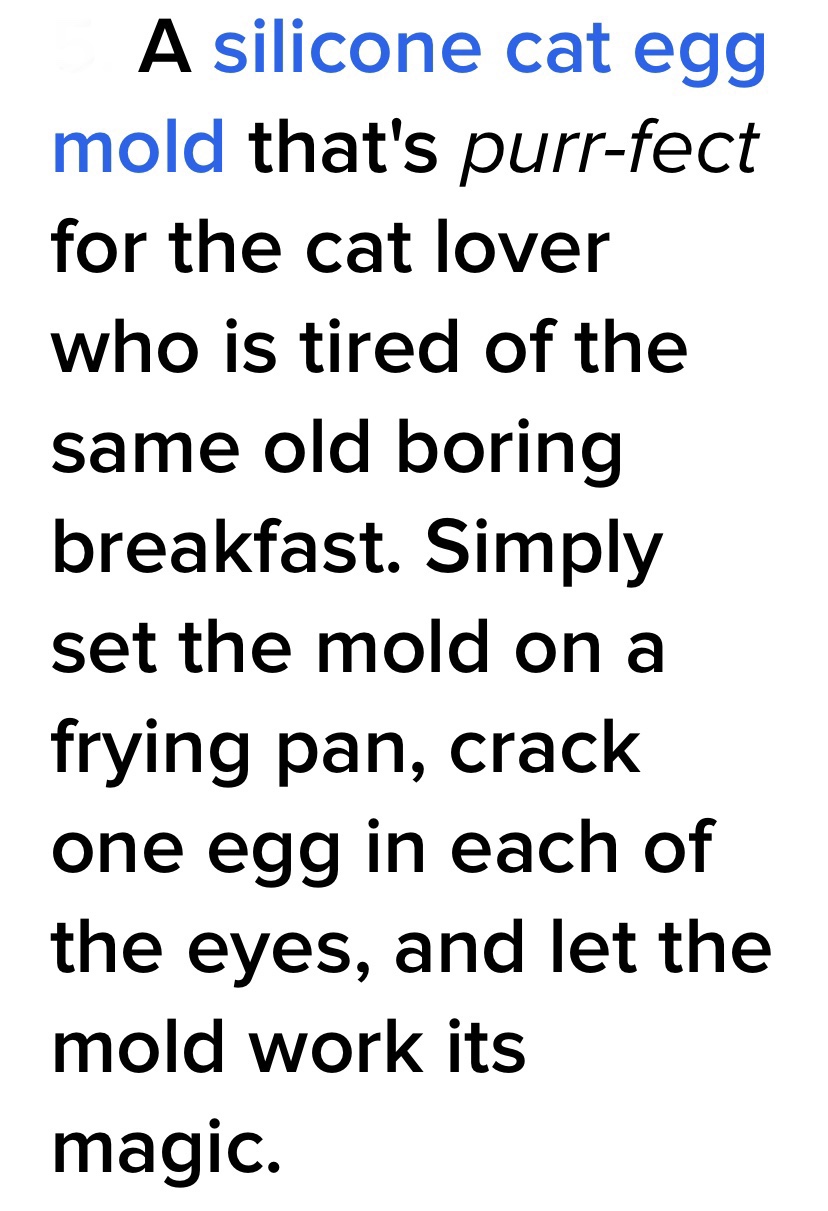 Do we need to mold eggs?

We most certainly do not.

For all my pun loving friends.. 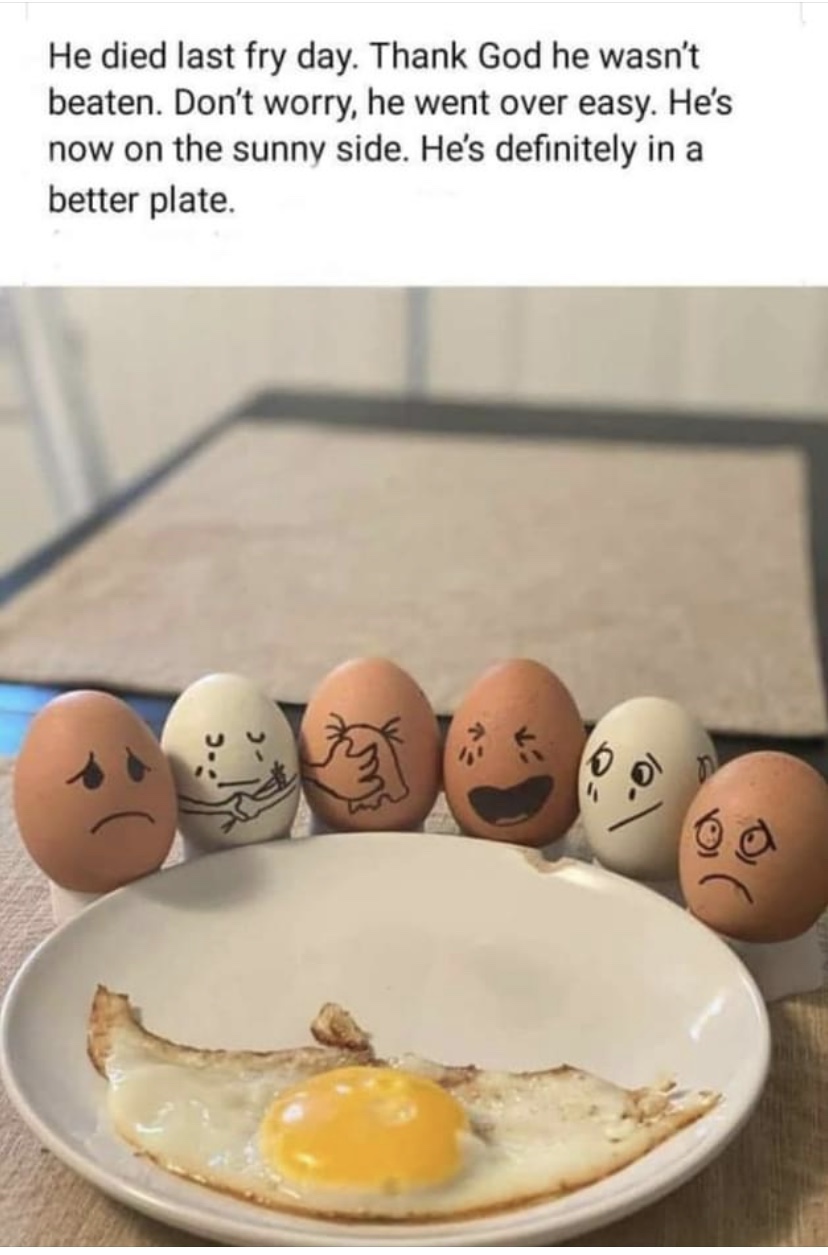 Egg yolks…. they don’t always crack you up.

This next one literally made me snort.

Admit it, you want one.

We passed this little cutie the other day on a back road. 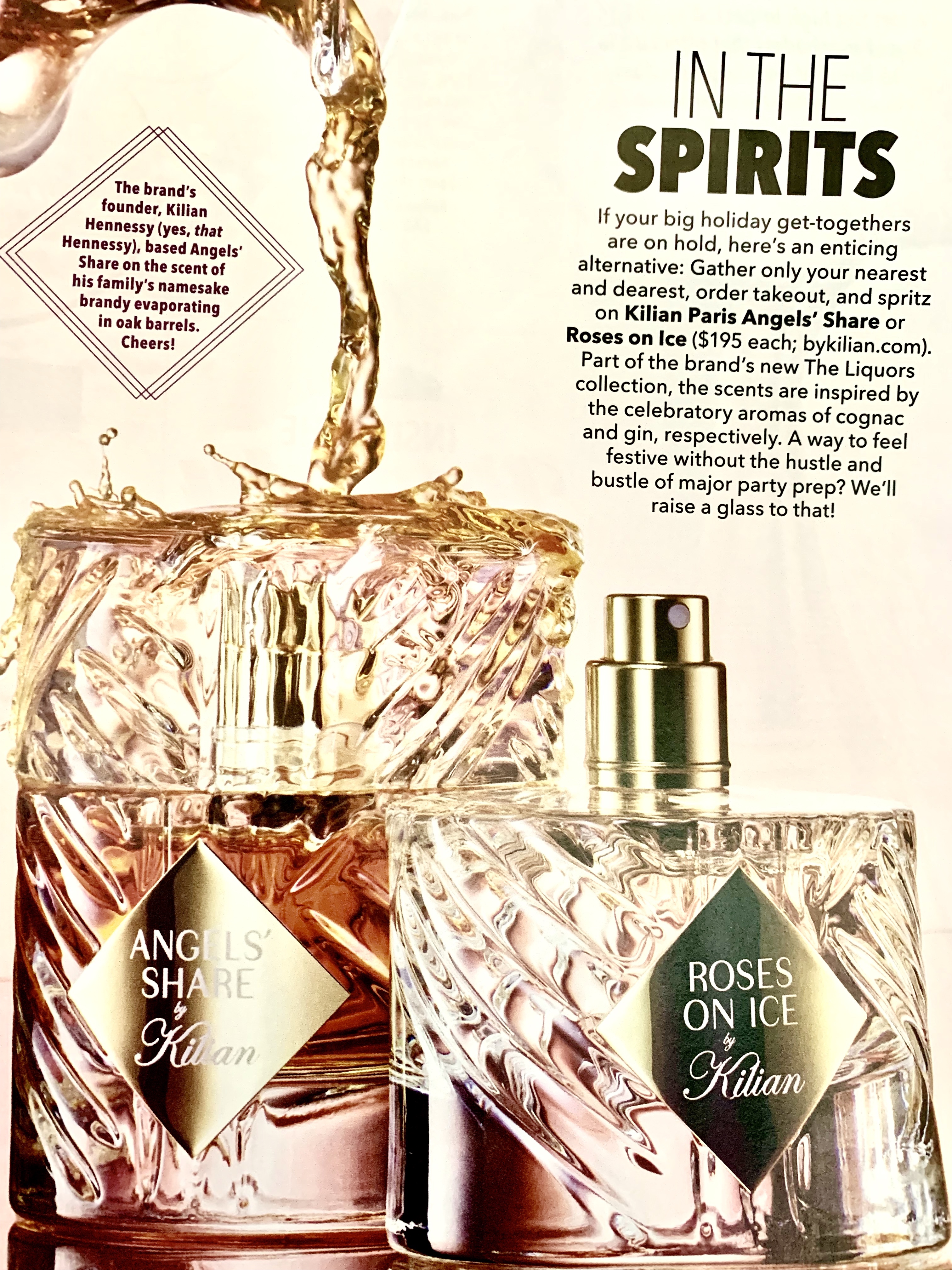 When I have a few too many I tend to spill it on myself. Think of all the time that will save.

First kale killed the dinosaurs… and now my tomato wants a piece of me?

Stop the world. I want to get off.

This first one makes me laugh because I’ve been saying it for years.

Don’t waste your money on expensive wrinkle creams ladies… just get some spackle and a putty knife to fill in those cracks.

Bad pun aside, if I want to slather egg white on my face? I’ll wait until it’s time to bake blueberry coffee cake again. 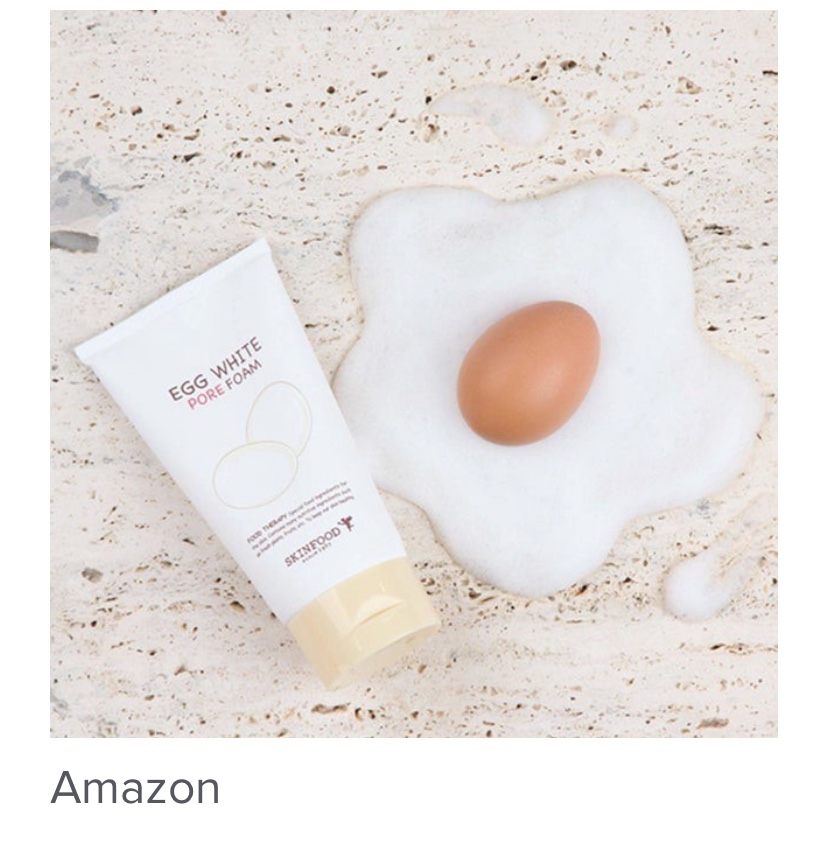 This has always baffled me.

It’s ACID…. and peels off a layer of your skin to boost that brightness. Vegan?

How many cows do you know who are filled with acid? 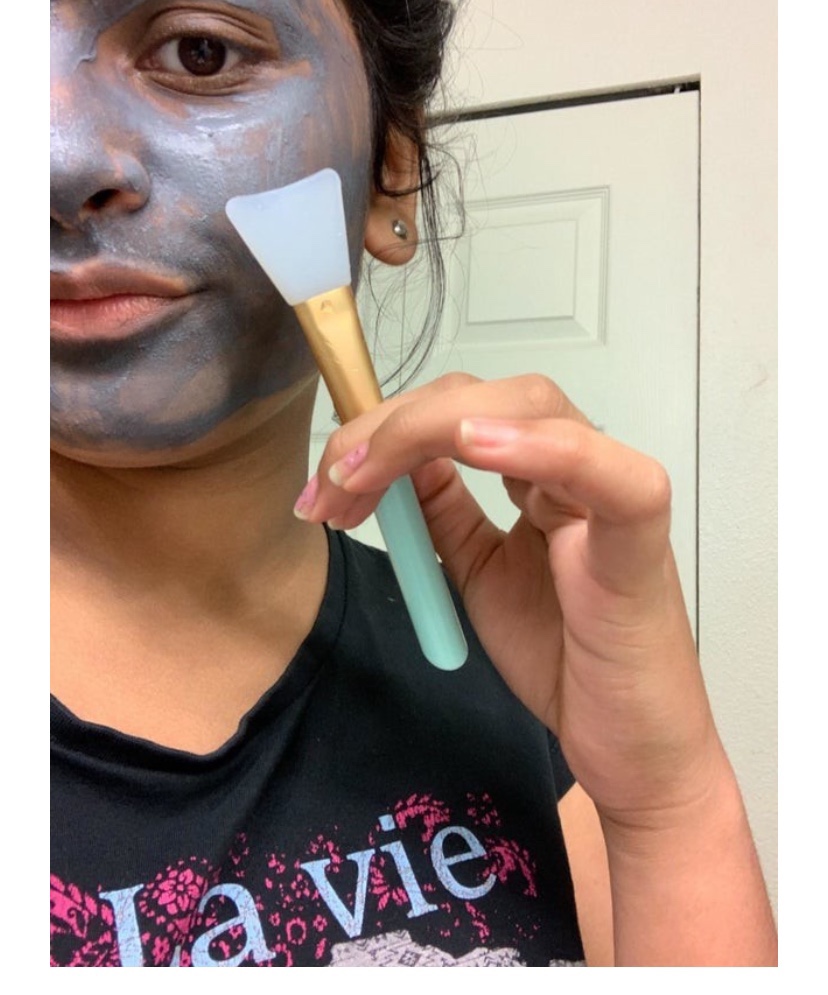 For Christ’s sake. I have boob lifting bras and butt lifting panties …. now you want me to lift my lips?

Gravity, do what you will. As long as I can still lift the martini glass?

Have you heard of Goop?

Until recently the only one I knew about was this: 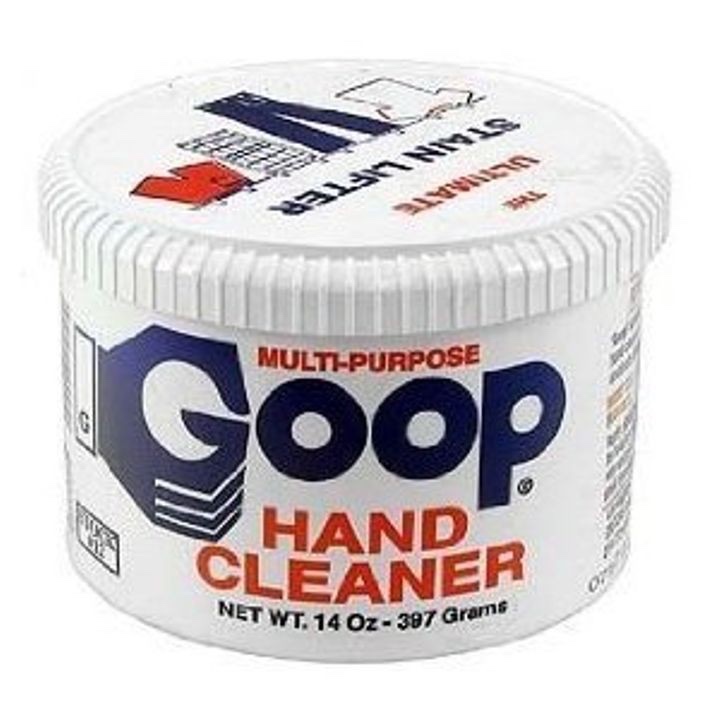 I wish to Hell it had stayed that way.

But no… a friend of mine had to start waxing poetic about the company Gwyneth Paltrow started. Not caring much about self help websites or Gwyneth Paltrow, I was politely zoning out…. until she mentioned something she thought I just had to buy. 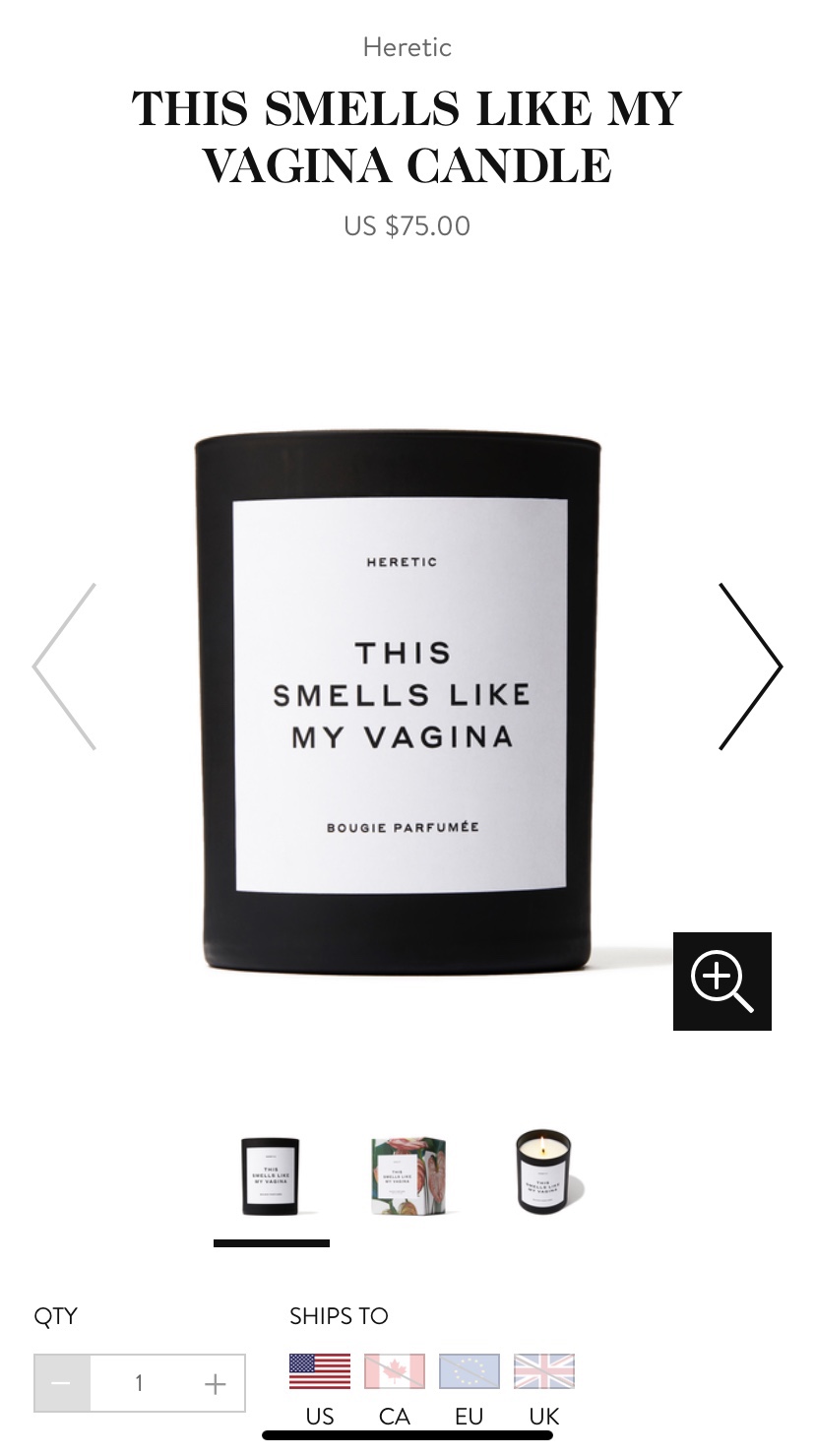 It’s for real. Though why in the world she thought I needed one I have no clue.

If can someone tell me why geranium, bergamot, cedar and rose smell like a vagina…. I’ll be forever in your debt.

And if that wasn’t ridiculous enough?

Now I like jade as much as the next girl, but…. no.

I admit the instructions made me snort…

But I seriously doubt I’ll be searching for a sacred space to store one anytime soon.

You see, for the entire year my husband has been saying he’s going to retire in December. He also forbade me to book any vacations because he works for the Federal Government and can sell back his leave when he goes.

(He gets 5 weeks off every year, so the payout can be substantial.)

Except now that the day is rapidly approaching, he decided he’s going to work a little longer.

Yes, his reasoning is sound.

But our retirement plan was to travel, and I’d like him to be semi-mobile and breathing without a respirator when we do. (Hauling a corpse in and out of resort elevators is such a drag.)

But back to the scrambling….

It’s almost the end of the year and I don’t have much time to plan and book 5 weeks worth of vacations before time runs out. It’s not easy with the holidays right around the corner. We have a timeshare on a points system and can go anywhere, but since he’s waited so long to request time off, he can’t get more than a week at a time…. which leaves out long distance trips. I hate spending 2 days flying back and forth for only 4 days on site. With the price of tickets these days, it’s not worth it.

So thanks to WordPress’s magic scheduling ability, as you read this… we are currently returning from a week at a ski resort in the western mountains of Maine.

That’s right Lionel, I haven’t been here for a week and you didn’t even miss me.

Did we ski? Hell no, it’s too early for that… even in Maine. But it’s a beautiful area and I’m sure we explored. And drank. And took pictures.

The deluge of photos will begin shortly….

If you missed the first two chapters of this riveting chicken series, catch up here:

This could be a trick question as chickens often eat ticks, but we’ll proceed anyway. 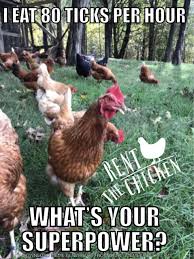 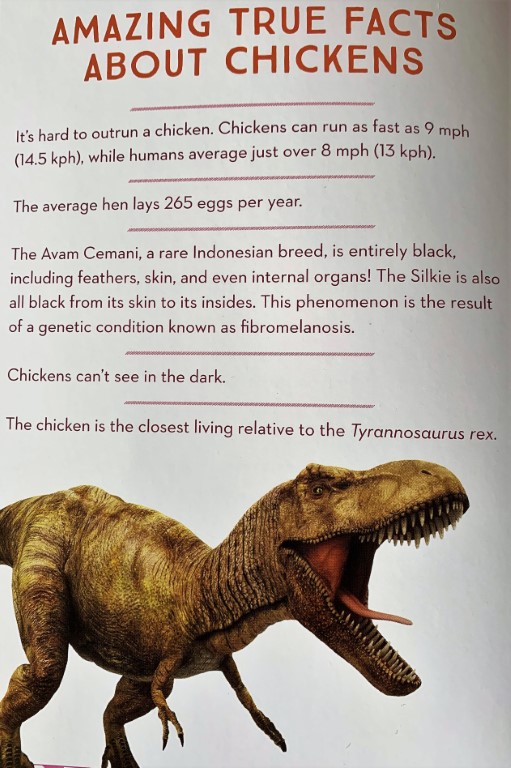 Quick recap – You can’t beat a chicken off the line unless it’s at night… and if it catches you? It will unleash it’s inner T Rex.

Quick recap – There’s no need to buy your chickens deodorant or a birthday cake.

Though wearing the hat can be quite stylish. 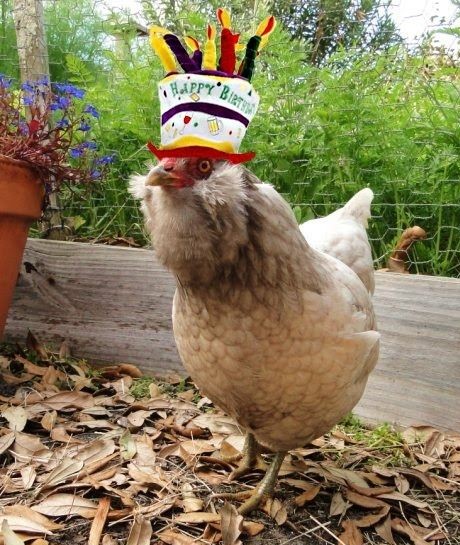 I’ve often thought having a third eye on the top of my head would be helpful, though it would be hard to find the right pair of sunglasses… 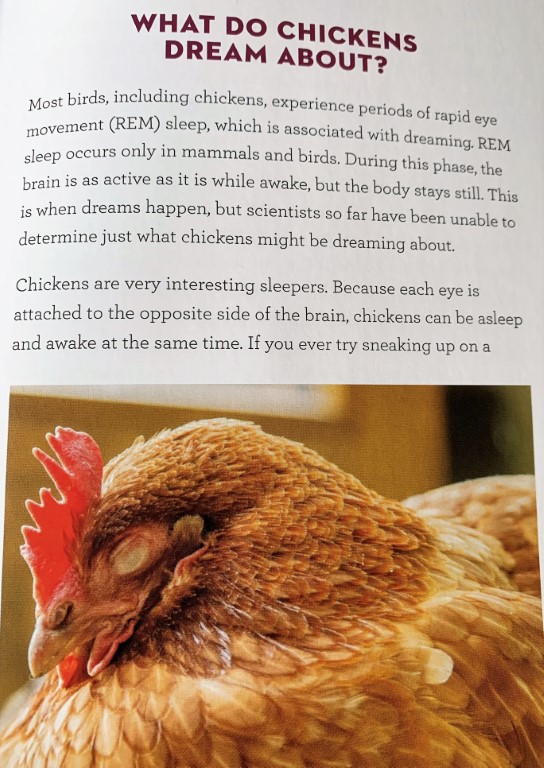 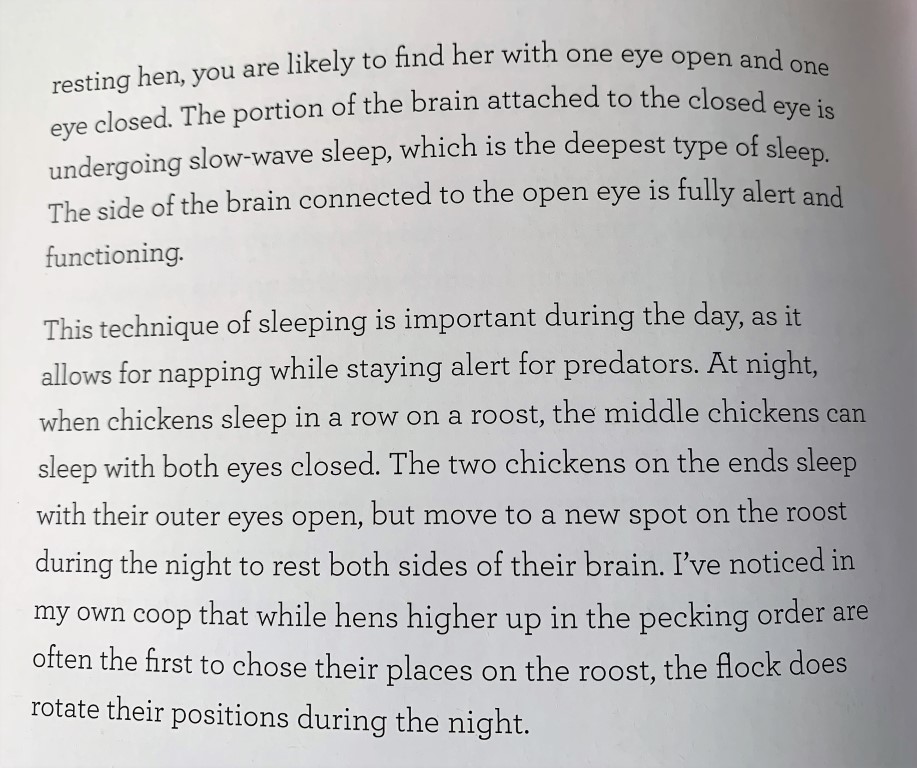 Okay, whether you’re a chicken fan or not this is fascinating stuff.

They can literally be asleep and awake at the same time. How frickin’ cool is that?

Heck, I could snooze and finish off that 12 part documentary series about Heinrich Schliemann at the same time!  (1) 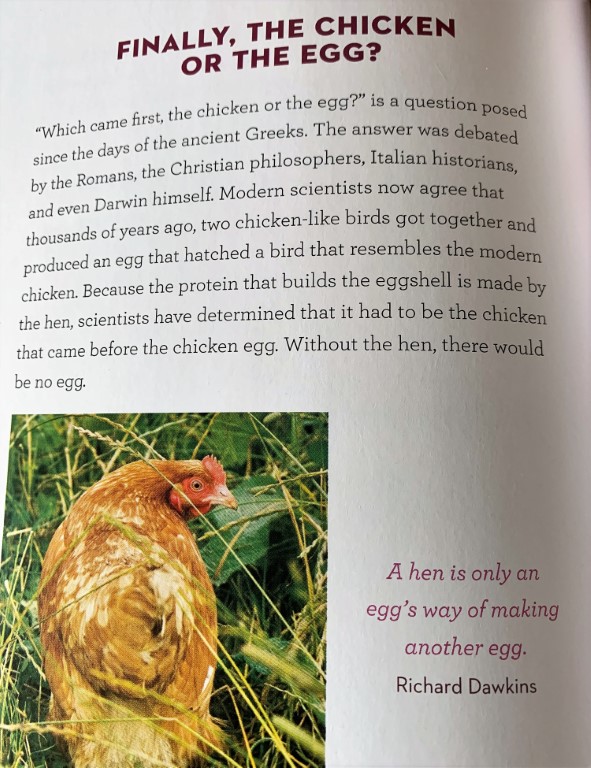 So there you have it.

Never let it be said my blogs are not educational…

(1)   A few years ago I started watching a PBS documentary series on the search for ancient Troy.

Was it dry? Perhaps a wee bit…

Was it boring? Not to a history buff like me… but the husband fell asleep approximately 7 minutes into each and every episode.

If he was a chicken we could have discussed it later.